Fly-fishing 101: Seriously, Can You Outsmart a Trout?

The sport of fishing in America has long endured, despite what some people intuitively assume by early adulthood: that the term “fishing activity” is an oxymoron. For those folks, it’s a wet, messy, endeavor starting early in the morning and resulting in either nothing to show for one’s efforts or, from time to time, cold, clammy creatures that must be gutted and cleaned. But, for those who can see the art and science in the act of fishing, and who can learn to appreciate the workings of chance present on any given fishing escapade, the sport is actually quite riveting. 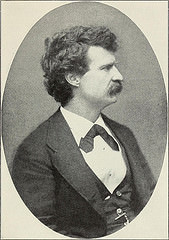 Within American literature, one of the earliest treatments of fishing as a cultural theme is clearly visible (to this author, at least) within Mark Twain’s The Adventures of Tom Sawyer when Tom, Huck and Joe Harper run off to an uninhabited island in the Mississippi River to fish and dream of becoming pirates. With the island undoubtedly symbolizing the boys’ social isolation in reaction to encroaching American Industrialization, Twain uses their passionate fishing interest (self-evident, in my view) as the trigger for Tom and Becky’s societal death and resurrection epiphany inside the cave.

Perhaps Twain would be disappointed that not all readers seem to grasp a connection between fishing, the cave, and the death of Injun Joe.  However, Twain must have been gratified that both the island symbolism and death/resurrection epiphany reemerged (I’m confident Walt Disney would agree with me on this point) as Paese dei Balocchi in the Italian novel The Adventures of Pinocchio, published in 1883.

And so fishing remains firmly entrenched in American culture. However, since Twain’s day the emphasis of the sport has shifted from simply catching fish in any expedient manner to showing one can answer “Yes!” to the question, “Can you outsmart a fish?”

For truly passionate fisherman, however, the question has become a challenging, “Can you outsmart a trout with a fly?” As context, the equivalent question for passionate hikers would be, “Have you climbed Mt. Everest?” In both instances the answer, particularly for fly-fisherman, is, more often than not, “No.” 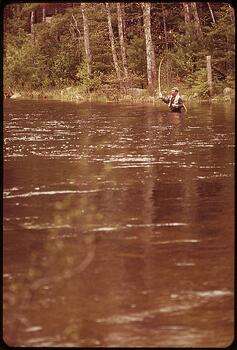 The fly-fisherman faces an adversary living in a watery world outside his experience, vulnerable only while eating bizarre food from the insect world, and equipped with senses and wiles beyond man’s perception. To outsmart a trout, a fly-fisherman must present a fly identical in look and texture to the real flies already floating past the fish. Then, the fly-fisherman must cast the fly, weighted down by line and hook, such that it behaves as naturally in the water as true flies do. Finally, a fly-fisherman must have proximity to the trout for these conjuring tricks to work, without causing the quarry to disappear in a smudged flash of light.

The exquisite beauty of this challenge lies in the fact that the fisherman and the trout are both aware of each other’s presence. The fisherman may have the eyes of experience to spot the trout as it waits in turbulent water behind the shelter of a rock. Or he may wait in bushes on the river bank, watching for small boils on the river as trout rise, inhale flies and summersault back to safety. The fisherman, betrayed by noise, movement or shadow (if not all three) is instantly known to the trout when he enters the river. From that point on, the trout may choose to disappear for the day or, driven by hunger, reappear and cautiously resume feeding.

Thus the challenge becomes a duel of aware adversaries - a duel which ends with either a fooled trout swallowing a foreign twist of feathers or a cold, tired, fisherman trudging home empty-handed, often with memories of the trout repeatedly rising to examine – and refuse – his cast fly.

For those valiant souls already striving to outsmart a trout, or new converts accepting the fly-fisherman’s challenge, our inventory of fly-fishing books provide valuable information on six areas of essential expertise: understanding the trout and his environment; fly-fishing equipment; flies, fly-tying and fly dressings; fly-casting; understanding trout waters and fly-fishing tactics; and landing the trout. 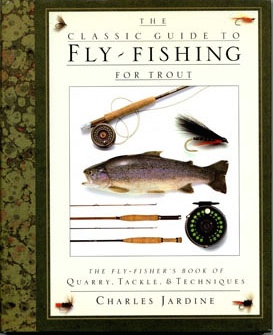 Few books are as valuable and useful to the new or aspiring fly-fisherman as The Classic Guide to Fly-Fishing for Trout by Charles Jardine. This book is a deep repository of exhaustive and well-presented information. For example, Jardine’s discussion and illustrations of trout covers twelve species across their North American, European, Northern Pacific and Arctic domains. His discussion and illustrations of fly-casting cover: basic cast; shooting line; false cast; and single haul, double haul and roll cast.

Which returns us to the question, are you – or someone you love – passionate enough about fishing to tackle outsmarting a trout? In a world of shifting demands, values and priorities, the satisfaction gained from successfully facing the uncompromising and unblinking stare of a rainbow trout may prove to be one of your most prized memories.