Garrison Keillor: Humorist and Book Lover for Our Times

In June 2015, Garrison Keillor announced he would be retiring from hosting his popular radio show, A Prairie Home Companion. At first many people were skeptical that Keillor would truly retire. Like a star athlete, he has a reputation for betraying such promises. Yet this time, it seems to be true. He has already selected his replacement: mandolin virtuoso Chris Thile, who has received Keillor’s enthusiastic endorsement. While he may be stepping down, fans can still hope the 72 year-old host will continue to have a contributing role in broadcasting the world of Lake Wobegon. What is Keillor so eager to do in his retirement? “To stay home and read books,” he said. 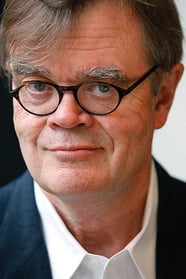 All this business about radio often distracts from Keillor’s bookish background. He has dedicated many pages to expanding the world of Prairie Home’s Lake Wobegon, a fictional Minnesota town of his own invention, where “all the women are strong, all the men are good looking, and all the children are above average." Keillor has written nearly a dozen books taking place in the town, including Leaving Home: A Collection of Lake Wobegon Stories and Lake Wobegon Days. He even wrote a screenplay for “A Prairie Home Companion,” (2006), which was director Robert Altman’s last film. Keillor had a principle role in the movie, alongside the likes of Meryl Streep and Tommy Lee Jones.

Keillor has written for The New Yorker, The Atlantic, and has even written an advice column for Salon’s website. He writes poetry, novels, radio plays, short stories, and more. No matter what medium Keillor chooses, however, he endows his work with his special brand of humor. It draws heavily from the Midwestern culture and ethos which he is still part of. In Lake Wobegon, one finds Ralph’s Pretty Good Grocery, whose slogan goes: “if you can’t find it at Ralph’s, you can probably get along without it.” His characters are regular folk. Any American, no matter how urban, can recognize her own home in the central United States setting of Keillor’s books. His homespun stories and his attuned sense to the American way of life has earned the author many comparisons to Mark Twain and a reputation as the finest comic voice of his chosen American setting. 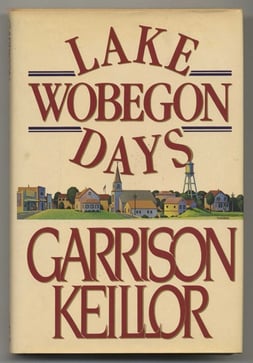 Like nearly all writers in the nation, Keillor laments the waning glory of the American readership. Today, written humor, like that of Twain and Wodehouse, can hardly be accused of being in a golden age. Yet written humor has a special esteem to Keillor. It does not play with or poke fun at transient topics as stand up comedians do. Crucially, it does not announce so clearly when it is going to be funny — a property that Mr. Keillor contends is essential to successful humor. Luckily, he has his radio show to make sure that people get their exposure to well-written comedy, in one way or another.

Garrison Keillor is not only a writer of books, he is a steward of them, too. He runs an independent bookstore, Common Good Books, G. Keillor, Prop., in St. Paul Minnesota. In a poem, Keillor reminds us of the bookstore’s role, especially in the modern age:

A bookstore is for people who love books and need
To touch them, open them, browse for a while,
And find some common good – that's why we read.

Keillor may be retiring from his radio post, but we can be confident that he’ll never abandon books, those special things of the common good.