Nicholas Sparks, one of the fiction world’s most popular and prolific writers, was born on December 31, 1965. Author of eighteen books, Sparks has over 89 million copies in print, and his novels have been translated into over 50 languages. Eight of his books have been adapted into film.

Sparks first achieved popularity with The Notebook, his second novel. A love story inspired by his wife’s grandparents, he wrote the book in six months at the age of 28. Two years after its completion, he had found a literary agent, received a $1 million dollar advance, and become an instant New York Times bestselling author. 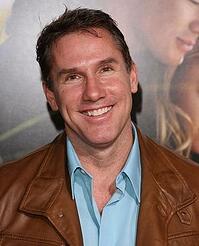 Sparks was born on December 31, 1965 in Omaha, Nebraska. One of three children, the early death of his sister Dana inspired the main character of A Walk to Remember. Sparks graduated as valedictorian of his high school and attended The University of Notre Dame on a full athletic scholarship. He graduated with honors in 1988 and met his wife, Cathy, the same year. They were married in 1989.

A graduate in business finance, Sparks embarked on a series of jobs after college. He worked as a waiter, real estate appraiser, telemarketer, and finally a pharmaceuticals salesman. He continued in this career even after the success of The Notebook in 1996. He finally quit his job in 1997 after selling the film rights to his next novel, A Message in a Bottle.

Sparks lives in North Carolina with his wife, three sons, and twin daughters. He and his wife are notable philanthropists, donating millions to schools, universities, and other charities.