How Thanksgiving Became a Holiday

We’re all familiar with the old Thanksgiving narrative in the United States. The Mayflower came rolling into Plymouth Harbor in 1620, the Pilgrims tried to build a life for themselves (and weren’t doing a great job), and the Wampanoag tribe came to the pilgrims’ aid and taught them how to plant corn, fish, and hunt. This ultimately led to a beautiful friendship, which was celebrated with a community feast of gratitude—a tradition continued to this day. Right? 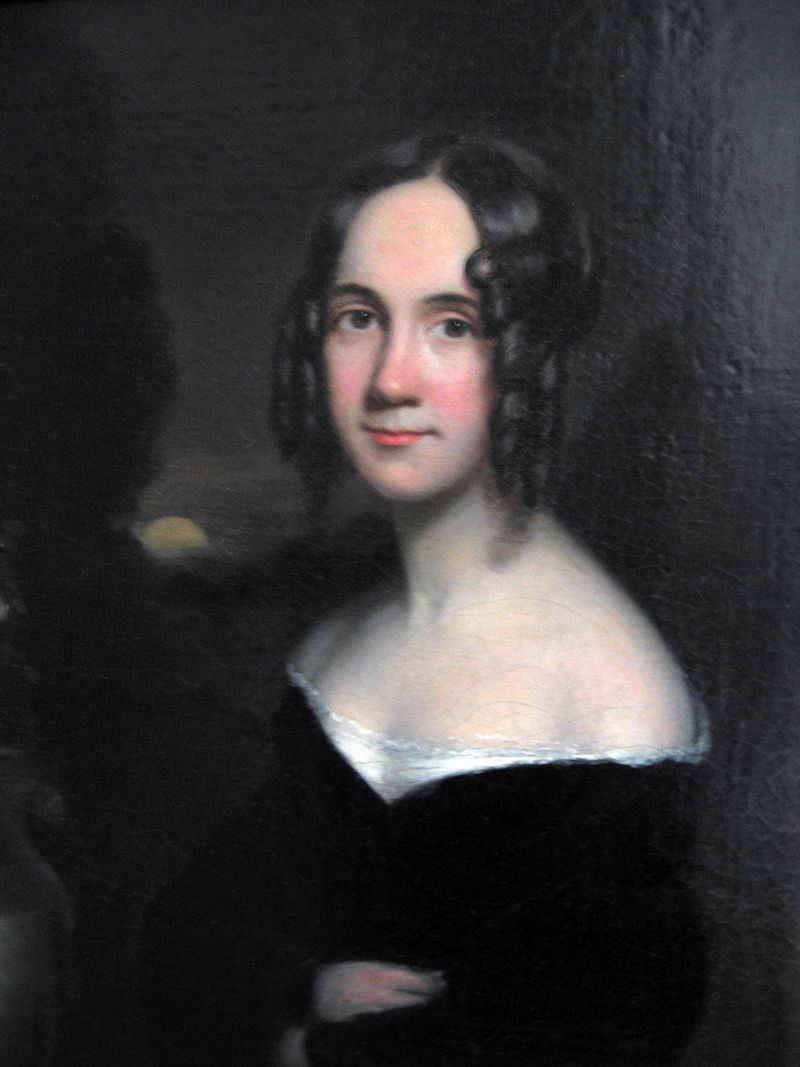 Like so many narratives in history, we lost a few facts, changed a few details, and exaggerated one or two events to arrive at the story we have today. What if I told you the faces of Thanksgiving were not of Pilgrims and Native Americans, but of a U.S. president and a magazine editor? Or that the first official Thanksgiving wasn’t celebrated until 1864? If you’re ready to dive into our nation’s turkey-day history, read on! You just might find some interesting factoids to spark fascinating conversation with your extended family at this year’s Thanksgiving feast.

As previously mentioned, the real founders of Thanksgiving were Sarah Josepha Hale (editor of the widely read magazine Godey’s Lady’s Book) and Abraham Lincoln (16th president of these United States). Hale envisioned a holiday where the nation could come together in good, old-fashioned Christian gratefulness, and started a campaign for national recognition in 1847. 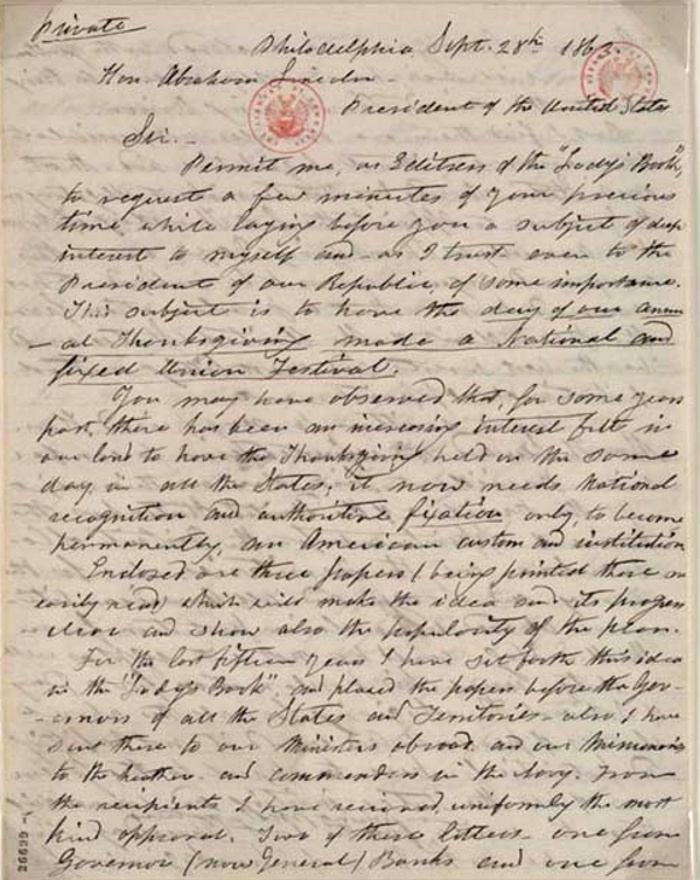 Up until this point, people celebrated “Thanksgiving” at all different times of the year and in all different ways. Hale wanted a greater sense of unity in the event, and believed having a set-date observed by the entire country would allow for greater participation. While Hale first presented the idea in 1847, the campaign did not find success until about 15 years later. After running her campaign in the widely-read periodical year after year after year, Hale’s resilience finally paid off in 1864.

Her idea reached the ears of Abraham Lincoln (a letter from Hale to the President is pictured at left), who was desperate for national unity in the midst of the most divisive war in American history. He proclaimed Thanksgiving a holiday on October 3, 1863, instructing it to be celebrated on the last Thursday of the following November. Hale had suggested this date specifically as farm labor was over for the season, the election would be past, and summer laborers would have returned home. While many of her original ideas were put in place, there were some aspects of Hale’s holiday plan that never came to fruition. She intended the day to be one focused on prayer rather than on feasting, and hoped it would be celebrated around the world. Here is an excerpt from the original campaign:

“OUR HOLIDAYS.—We have but two that we can call entirely national. The New Year is a holiday to all the world, and Christmas to all Christians—but the “Fourth of July” and “Thanksgiving Day” can only be enjoyed by Americans. The annual observance of Thanksgiving Day was, to be sure, mostly confined to the New England States, till within a few years. We are glad to see that this good old puritan custom is becoming popular through the Union…Would that the next Thanksgiving might be observed in all the states on the same day. Then, though the members of the same family might be too far separated to meet around one festival board, they would have the gratification of knowing that all were enjoying the blessing of the day…

The “Lady’s Book” then suggests that, from this year, 1847, henceforth and forever, as long as the Union endures, the last Thursday in November be the DAY set apart by every state for its annual Thanksgiving. Will not the whole press of the country advocate this suggestion?”

So this year, as you and your loved ones gather around the cooked turkey and mashed potatoes, make sure to also take the opportunity dish out some fresh Thanksgiving facts.