How to Identify First Editions by Grosset & Dunlap

George T. Dunlap and Alexander Grosset began Grosset & Dunlap in 1898. The two men founded the publishing house on the premise that books should be inexpensive, accessible items in a time when many publishers were producing expensive volumes. Their laudable idea was tarnished by the fact that the publishers founded their business on piracy--in their early years, they reprinted existing books (without authorization) in order to avoid paying royalties.

From their inception, Grosset & Dunlap operated largely--although not exclusively--in reprints. They would also buy paperbacks in bulk, rebind them in cloth, and sell them at higher prices. Eventually other publishing houses began intentionally printing too many books with the express intention of selling the excess to Grosset & Dunlap. 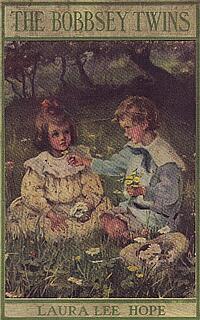 However, Grosset & Dunlap did print original books, most notably the Nancy Drew, Hardy Boys, Bobbsey Twins, and Lone Ranger series. They were also famous for their photoplays, including that for King Kong. Many of their most famous books were produced in partnership with the Stratemeyer Syndicate. In 1979, the Stratemeyer Syndicate opted to work instead with Simon & Schuster, inspiring a long court dispute over the publishing rights of previously printed texts. Grosset & Dunlap won the right to continue printing existing books, especially the heavily disputed Hardy Boys series.

In 1982, Grosset & Dunlap was acquired by G. P. Putnam’s Sons and now they are owned by Penguin Random House.

First edition identification for Grosset & Dunlap conforms to that of The Putnam & Grosset Group. First editions are not explicitly specified but must instead be surmised through the publication date on the copyright notice. Subsequent printings are also unspecified. If reprintings include new copyrighted material, there will be a new copyright date as well as the original copyright year.

Some books include a print code in letters or numbers in which subsequent printings are indicated by the absent of early numerals or letters.

For titles that have never been out of print, a line is included indicating which printing it is, although not including the date.

For books originally published outside of the United States, their original copyright year is stated as well as that of the first American edition.

Philomel Books and G. P. Putnam's Sons, a division of The Putnam & Grosset Group before their acquisition by Penguin Random House, did specify first editions with a code and the words "First Impression for all first editions."