Creative genius blooms where it’s planted. Inventors, engineers, artists, and writers use their everyday experiences and observations in their work, mimicking nature in their creation or drawing greater ideas from small occurrences. It is not a different set of experiences that leads to creative genius, but a different style of thought. In the literary world, those imprisoned for crimes related to either their writing or their personal lives have long produced critically acclaimed work.

Imprisonment for Dissidence & Development of Genius

Many authors have been incarcerated for their political leanings and at least one, Nelson Algren (The Man with the Golden Arm), served time for stealing a typewriter. American ex-patriot Ezra Pound was a typical case; outspoken against popular military and political action, he was imprisoned for treason and eventually suffered a mental breakdown.

While persecution for political dissidence is well-documented, Russian writer Fyodor Dostoyevsky was particularly lucky. The famous author of Crime and Punishment (1866) was sentenced to death by firing squad following accusations of reading and circulating essays critical of the Russian government. His sentence was reduced to incarceration by a letter delivered from Czar Nicholas I while he was standing in the firing line; this stroke of luck enabled him to write what is often called the first existentialist novel, Notes from the Underground (1864). 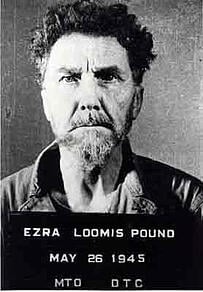 Some authors imprisoned for offenses varying from tax evasion to murder took advantage of prison’s solitude and physical limitations to write some of their best works completely unrelated to prison life. Miguel de Cervantes began Don Quixote while serving for tax irregularities in Algiers, and Chester Himes (If He Hollers Let Him Go, 1845) had short stories published in Esquire during his sentence for armed robbery in the Ohio State Penitentiary--which is where William Sydney Porter (better known as O. Henry) wrote 14 stories after being convicted of embezzlement. One could argue these geniuses were found in prison.

While some writers served their sentences unscathed, the vast majority were permanently transformed by their incarceration and went on to produce insightful prose about their struggles. Jack London, author of Call of the Wild and White Fang, described his sentencing for vagrancy in the 1907 novel The Road, and Oscar Wilde wrote of spiritual transformation during his two-year hard labor sentence for gross indecency in the letter De Profundis (1897).

Charles Dickens, who served several months in a debtor’s prison for his father’s financial troubles, later wrote The Pickwick Papers (1836), which contributed to the closing of Britain’s Fleet Prison. Karl Marx said of Dickens that his stories "issued to the world more political and social truths than have been uttered by all the professional politicians, publicists and moralists put together."

Contemporary writer Joan Henry served eight months for fraudulent checks and wrote extensively about the criminal justice system, producing a bestselling novel about substandard prison conditions, Who Lie in Gaol (1952), which was later made into the film The Weak and the Wicked. Jack Henry Abbott, who was convicted of armed robbery and murdering a fellow inmate, wrote the novel which led to his parole, In the Belly of the Beast (1981). Six weeks later, he stabbed a man to death and began a second prison term, eventually committing suicide prior to his second release.

Some authors served time for their writing and some produced writing about their time served, but all were products of their surroundings and the critical success of incarcerated authors is not limited to distant history. In the 21st century, political and military figures often become famous due to their criminal actions or write of their strife while imprisoned for professional crimes.

Famed Navy Seal Team Six Commander Richard Marcinko wrote in his autobiography of his arrest and 21-month sentence for defrauding the US government; US Vice President Dick Cheney’s Chief of Staff, Lewis “Scooter” Libby, re-issued an earlier novel The Apprentice (1996) following his indictment for obstruction of justice; and the biography of General David Petraeus became a bestseller in 2012 following the scandal over his extramarital affair with its author, Paula Broadwell.

Whether a product of our fascination with social deviance or our desire to understand human suffering, incarcerated authors have enjoyed attention for hundreds of years. Their success is not guaranteed and their subject matter is not limited to imprisonment, but their creative contributions are undeniable.