It is, perhaps, a little ironic that a remark Mark Twain made in reference to Paradise Lost (1667), a text that was by then some 200 years old, can be deployed to describe a book that is barely pushing forty. At the same time, it seems fitting that two works that so poetically, and controversially, dramatize events from the religious past should be neighbors in one paragraph. Indeed, one could argue that Salman Rushdie’s famously controversial novel, The Satanic Verses (1988) has more in common with John Milton’s epic poem than most. The fact remains, however, that many if not most are more familiar with Iran’s condemnation of the book as heretical than with the book itself. 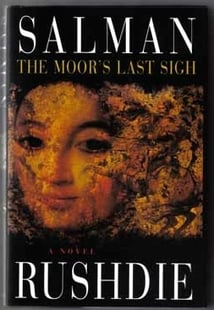 The infamous fatwa against Rushdie, author of Midnight's Children (1988) and The Moor's Last Sigh (1995), places him on somewhat of a bizarre list, which includes, among others, televangelist Jerry Falwell and Libyan dictator Muammar al-Gaddafi. Though the push to execute the acclaimed author has lessened somewhat in recent years (it was, in the ‘90s, not uncommon for bombings and assassinations to be directed at Rushdie), he still receives a written reminder of his would-be death sentence every Valentine’s Day. That the novel, which offers up a blend of postmodern and postcolonial aesthetics in order to reflect on the experience of alienation common to British immigrants, dealt irreverently with the life of the Islamic prophet Muhammad. This formed the basis for the onslaught of backlash it incurred. But when pressed, few can definitively say more than that.

Certainly, it is strange that something should achieve the trappings of a classic so soon after its release, but even the group of Muslim barristers tasked with suing the book for blasphemous libel (a law under which one could, apparently, sue in England as recently as the late 1980s) had not necessarily actually read the book. Or, at least, they had not read it well. The group presented a set of six accusations of blasphemy, ranging from the fact that God is described in the book as "The Destroyer of Man" to Rushdie’s references to Muhammad as, variously, "Mahoud," "a conjuror," "a magician," and a "false prophet," each of which could be, and was, disproved by a correct reading of the text. As Geoffrey Robertson pointed out, the Bible itself refers to God as ‘The Destroyer of Man’ and the alleged references to Muhammad were made not by Rushdie himself or even the narrator, but by a drunk, with whom neither the narrator nor the reader is meant to sympathize. The refutations of the remaining four rest on fairly similar logic, calling close attention to who, in fact, said what and what the relevant biblical perspective might be. 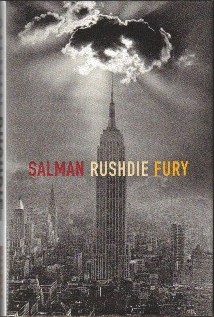 While it is, no doubt, easy to argue that the novel is offensive even after it’s been read (which, to be clear, would still be insufficient cause for murder), it still stands as a high-drama test case for the dangers of vilifying books that we can’t or won’t understand. That Rushdie was exonerated in the above case speaks to the power of reading books with a critical eye. No doubt there have been few other cases in which it has proven so crucial that at least one involved party was willing and able to close-read. Books we claim to love become classics in the Twain-ian sense; isn’t it strange that books we abhor seem to do the same?