A Brief History of Postcolonial Literature, Part I

Since the 1980s, numerous novelists, dramatists, and poets have been marketed as postcolonial writers. But what is postcolonial literature? In the broadest terms, this category includes works that have a relationship to the subjugating forces of imperialism and colonial expansion. In short, postcolonial literature is that which has arisen primarily since the end of World War II from regions of the world undergoing decolonization. Works from such regions in the 20th and 21st centuries, such as the Indian subcontinent, Nigeria, South Africa, and numerous parts of the Caribbean, for example, might be described as postcolonial. 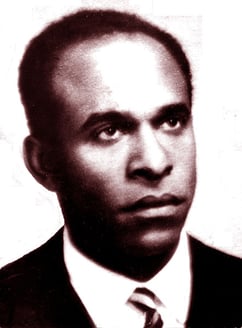 The Rise of Postcolonial Theory

In order to understand the rising attention to postcolonial fiction, a basic understanding of postcolonial theory is necessary. Keep in mind, this is a very short history and is by no means all-inclusive! If you’re interested in postcolonial theory, you might start with some of the writers we’re about to discuss before moving onto your own explorations of the topic.

In 1961, Frantz Fanon’s The Wretched of the Earth was published in French. Arising out of the Algerian struggle for independence from France, the text examined possibilities for anti-colonial violence in the region and elsewhere. Fanon was a Martinique-born intellectual who was also a member of the Algerian National Liberation Front, and his writings have inspired numerous people across the globe in struggles for freedom from oppression and racially motivated violence. If you’re particularly interested in Fanon as a collector, you might seek out first editions of Fanon’s work. Grove Press published the first U.S. edition of The Wretched of the Earth in 1963, with a translated forward by Jean-Paul Sartre.

By 1979, Edward Said had written Orientalism, a text examining the relationship between those in the West and the “Other” in the East. This work has become a staple in postcolonial courses, and it helped to expand the field over the last few decades. Said was a Palestinian-American scholar who taught at Columbia University for the majority of his academic career. Other important early thinkers in postcolonial theory, just to name a couple, include Gayatri Chakravorty Spivak and Homi Bhabha.

While the field of postcolonial studies only began taking shape in the late 1970s and early 1980s, numerous fiction writers began publishing works in the decades immediately following World War II. One of the most significant postcolonial novels to emerge in this period was Chinua Achebe’s Things Fall Apart (1958). This novel now graces many Anglophone fiction course syllabi, which isn’t a surprise given its enormous popularity and importance when it first was published.

Published in the late 1950s, Achebe wrote the book at the end of the British colonial period in Nigeria but depicted an earlier moment in Nigerian history. The novel tells the story of Okonkwo, an Igbo village leader in the late 19th century who must witness the tragic demise of his culture at the hands of colonialism. Nigeria remained a British colony until 1960. If you’re interested in adding one of Achebe’s works to your collection, you might look for a first U.K. edition of Things Fall Apart, published by William Heinemann Ltd. in 1958, or a first American edition published a year later in New York by McDowell Obolensky. 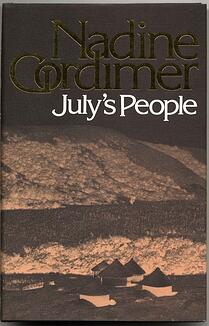 Even before Chinua Achebe published Things Fall Apart, Nadine Gordimer had already written one book and several short-story collections, and she was in the process of publishing her second novel. A South African writer of Eastern European origin, Gordimer didn’t personally experience the racial discrimination and violence that arose from decolonization and the institution of apartheid, but she nonetheless spent her career advocating for equal rights in her country. Some of her most notable works that deal with postcolonial politics and the stark harms of apartheid include The Conservationist (1974), Burger’s Daughter (1979), and July’s People (1981). A signed copy of one of Gordimer’s works would make a fantastic edition to any postcolonial literature collection.

Tayeb Salih’s Season of Migration to the North (1966) is another significant and early work of postcolonial fiction. A bildungsroman of sorts, Salih’s novel follows an unnamed protagonist as he returns to his Sudanese village after years of education abroad in England only to learn of the devastating effects of imperialism. The novel was originally written in Arabic, and it was published in English for the first time in 1969.

When it comes to plays, Derek Walcott’s Dream on Monkey Mountain (1970) helped to set the world stage for postcolonial dramatists. A writer from Saint Lucia, Walcott’s works frequently depict the colonial harms of the West Indies. Indeed, his plays, as well as his poems, encourage his readers to question the history and politics of the Caribbean, and its role as a postcolonial site through which we might renegotiate remedies for imperialism.

Stay tuned for Part II of our brief history of postcolonial literatue, in which we'll explore contemporary writers who detail the postcolonial condition.