English writer Virginia Woolf is widely considered one of the most important modernist and feminist writers. She was successful in her own time with her writing as well as through her work for education reform. She and her husband, Leonard, also ran the publishing house Hogarth. But she gained her status as an icon in the 1970s during the third wave of feminism. Since then, her name has become synonymous with the movement and her work, including her most famous novel, Mrs. Dalloway, has been translated into over fifty languages. Here are some interesting facts about Woolf. 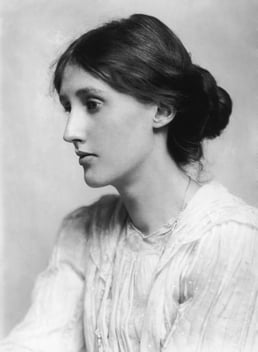 Woolf and her husband had an understanding in their marriage, so when she met fellow writer Vita Sackville-West, the romantic relationship that developed between them was not secret or illicit and was, in fact, something that the women talked openly about.

While their friendship lasted for the rest of Woolf's life, the relationship lasted only a decade, during which time both women wrote at their most prolific rate, due to constant encouragement from the other. Though now Woolf is considered the more important writer, at the time, Sackville-West was by far the more successful of the two. In fact, only by publishing Sackville-West's work were Woolf and her husband able to keep their business, Hogarth Press, afloat.

Perhaps the most important thing to come out of the relationship was Woolf's novel, Orlando, a sprawling story spanning three centuries with its male (and sometimes female) protagonist serving as a stand-in for Sackville-West. Sackville-West's son, Nigel Nicolson said of the novel: “The effect of Vita on Virginia is all contained in Orlando, the longest and most charming love letter in literature, in which she explores Vita, weaves her in and out of the centuries, tosses her from one sex to the other, plays with her, dresses her in furs, lace and emeralds, teases her, flirts with her, drops a veil of mist around her.”

Throughout the entirety of her life, Woolf struggled with mental illness. Spurred on by sexual abuse at the hand of her two half-brothers, Woolf first began battling psychological issues as a child. These issues worsened when her mother and one of her sisters died and were exacerbated by her father's death, which led to her first stay in a mental health facility.

Woolf strictly avoided mirrors and, for a time, even limited her writing, as she was instructed by doctors to avoid intellectual activity and focus instead on physical work. She started writing again at the encouragement of Vita Sackville-West, and as mentioned, the following period was the most prolific time in her career.

In 1941, though, Woolf's depression worsened. She filled her pockets with stones and walked into the River Ouse. It was over two weeks before her body was found.

3. She Challenged the Traditional Narrative.

Beyond the feminism for which she is known, Woolf's lyrical writing is characterized by and celebrated for her love of experimentation. Indeed, her novels are highly experimental. Flush: A Biography, for example, is written entirely from the point of view of Elizabeth Barrett Browning's dog. From the poetic monologues in The Waves to the unique temporal structure of To the Lighthouse, all of Woolf's works challenge the idea of a traditional narrative in some way.

Since her death, Woolf's importance in the canon of literature both as a writer, feminist, and publisher has been frequently explored in popular culture. Her name is used as an intellectual joke in the play Who's Afraid of Virginia Woolf? by Edward Albee which was later adapted into a film starring Elizabeth Taylor for which she won an Academy Award.

Perhaps most notably, Michael Cunningham's Pulitzer Prize-winning novel The Hours features Nicole Kidman as Woolf, one of the novel's three main protagonists. Kidman won an Academy Award for her portrayal. Woolf has featured in numerous other novels and continues to inspire study and discussion.

5. She Had Harsh Feelings Toward Judaism

Woolf married her husband, writer Leonard Woolf, in 1912, referring to him to her friends and family as a “penniless Jew.” In a letter to composer Ethel Smyth, she describes how she hated that her husband was Jewish. Though her marriage was by most accounts an incredibly happy one, the fact that even her husband was Jewish did not prevent her from speaking disparagingly about the faith in her writing.

One criticism of her work is that her Jewish characters often fall back on negative stereotypes and prejudices. For instance, she often describes her Jewish characters as being disgustingly dirty. Her personal writing indicates a similar feeling. She writes of disliking the Jewish voice in her diary and in a letter mentions avoiding “disgusting” Jews while on a cruise.