James Bond in Film: Past, Present, and Future

James Bond will never die. This is true not only in the narratives of his books and movies, but in our world as well. Fifty years after Ian Fleming’s death, the world-famous secret agent continues to live on with the help of a gamut of actors, novelists, and directors. Even in the last two months, the world has seen two significant additions to the 007 canon — first with the September release of the most recent Bond novel, Trigger Mortis, and now with the debut of the franchise’s latest movie, Spectre. Our desire for all things Bond is stronger than ever, and there is no sign of it slowing down.

The James Bond films have taken on a life of their own. The movies compose one of the largest film franchises in history, falling behind only the Marvel Universe and the Harry Potter movies. With two dozen films spanning fifty years of cinema, even the biggest of fans can have trouble keeping up with it all. 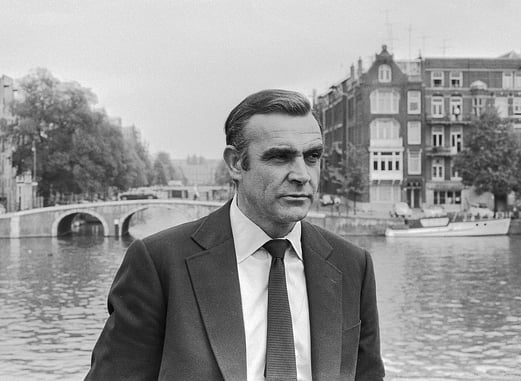 James Bond made his cinematic debut in 1962, with the movie Dr. No. It was not so clear what was to be the fate of the franchise. Ian Fleming himself called the movie “Dreadful. Simply dreadful.” Production had its issues as well. When the $1 million dollar movie went $100,000 over-budget, the studio was tempted to can the project rather than provide the extra funds. Luckily, the movie grossed over $59 million on its $1.1 million budget, foreshadowing the franchise’s future of admirable box office performance. 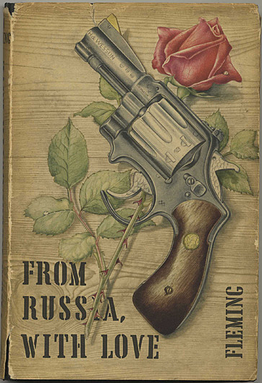 To many, the first James Bond is the definitive James Bond. Of the six (so-far) actors to play 007, none has been as iconic as Sean Connery. In hindsight, it seems impossible to imagine Bond being played by anyone else, but his casting was far from unopposed. Ian Fleming didn’t think he fit the part. Connery was Scottish, Bond was English. Connery had a working class ruggedness, and Bond was an urbane sophisticate.

Connery himself was well aware of the author’s discontent. The actor recalled his disapproval in an interview seven years ago: “What was it [Fleming] called me, or told somebody? That I was an over-developed stunt man. He never said it to me. When I did eventually meet him he was very interesting, erudite and a snob – a real snob.” Yet even Fleming would be won over, eventually acknowledging that Sean Connery was an invaluable part of bringing Bond to cinematic life.

After Dr. No came From Russia with Love. On the heels of the first film’s box office success, United Artists agreed to double the budget. It stands today as many Bond fans’ favorite film. It is said to be the last Bond film Fleming viewed (he died in 1964), and the final film watched by John F. Kennedy, who held a private White House screening of the movie three days before his assassination.

The following Sean Connery movies, including Goldfinger, Thunderball, and You Only Live Twice, saw the Bond franchise truly come into its own. Bond was as iconic and quotable as ever. He was instantly recognizable as a playboy, a globe-trotting gentleman, and an all-around male fantasy. He drank the finest champagne and became synonymous with the Aston Martin. James Bond as a modern day epicure, with the most refined of tastes and sensibilities, helped the film franchise find an especially lucrative venture in the world of product placement. In Connery’s final film, Diamonds are Forever (1971), one finds a dozen such placements, including products from Rolex, Hertz Rent-a-Car, and Mouton Rothschild Wine.

With fame and fortune rolling in, great talent also flew to the franchise. The screenplay for You Only Live Twice was written by famed children’s author and former intelligence officer, Roald Dahl. One of the frachise’s greatest strengths became its music. Eleven Bond films have been iconically scored by composer John Barry. The movie also generated an admirable share of hits. The Thunderball theme was sung by Tom Jones, who is said to have fainted after hitting the song’s high notes. On Her Majesty’s Secret Service features “We Have All the Time in the World,” the last recording by Louis Armstrong. As recently as 2012, with the release of Skyfall, Adele helped the franchise win an Academy Award for Best Original Song.

Today’s James Bond movies, with Daniel Craig as 007, excel at the box office and in the reviews of critics. The latest release, Skyfall, was called “a full-blooded, joyous, intelligent celebration of a beloved cultural icon,” and grossed over $1 billion worldwide. Still, the road from the halcyon origins in the 60s and 70s, to today’s Bond films has not been a steady progression. While there have been a share of post-Connery classics, such as The Spy Who Loved Me (1977) and Octopussy (1983), the franchise couldn’t avoid falling into the trappings of the blockbuster. A desire for bigger effects and plot took the films away from their beloved roots. For instance, 1997’s Tomorrow Never Dies gives us the franchise’s most bloody installment (with an estimated body count of 197), and 2002’s Die Another Day offers some of the most famously risible CGI in movie history, enough even to dissatisfy Bond actor Pierce Brosnan.

The latest Bond films are comparatively stripped down. Daniel Craig has claimed that in Casino Royale (2005), the only CGI featured was used to erase the safety cables attached to the actors during stunts. The movies know their roots, but are still of this time, often swapping out Cold War anxieties with the fears and terrors of a digital age. Bond stays true to himself, yet changes with the times. Like a true double agent, 007 keeps the best of both worlds. For that reason, we can expect that today’s Bond-mania isn’t going anywhere.