Imagining literary Paris between the wars is almost too much. Many of us delight in the knowledge that, say, James Joyce and Henrik Ibsen exchanged some letters, or that C.S. Lewis and J.R.R. Tolkien were fast friends. The prospect of a single time and place that contained the likes of F. Scott Fitzgerald, Ernest Hemingway, James Joyce, Gertrude Stein, and others has the trappings of a literary meeting of the minds unrivaled by any setting in human history. If you think that you’d be almost irrecoverably star struck in such a setting, you’re in good company. In fact, you’re in the same boat as F. Scott Fitzgerald himself.

In her memoirs, Sylvia Beach, famed owner of the iconic Paris bookshop, Shakespeare and Company, made a point of noting that F. Scott Fitzgerald was ‘obsessed’ with James Joyce. He even professed a desire to imitate Joyce’s formal innovations following the disappointing reception to The Great Gatsby (1925). Unfortunately, Fitzgerald was much too intimidated by the great author to approach him.

Beach, of course, knew Joyce fairly well by this point, having published Ulysses (1922) out of her bookshop when a despondent James Joyce complained that no publisher would accept his manuscript. So, ever the facilitator, Beach strove to arrange a meeting. She scheduled a dinner party in Joyce’s honor, inviting Fitzgerald with the intention of introducing the pair.

Having a nervous friend behave embarrassingly in a social situation is not an uncommon experience among people. Usually, however, that embarrassing friend isn’t the highly acclaimed author of This Side of Paradise (1920). When we combine the accounts of the meeting shared by Beach and Herbert Gorman (Joyce’s first biographer), what we’re left with is a cringe-worthy encounter that quickly escalates into a disturbing one. Upon Joyce’s arrival, Fitzgerald apparently knelt beside him on one knee, kissed his hand and asked him quite earnestly how it felt to be a great genius.

As Sylvia Beach remarked in her memoirs, Fitzgerald was making so much money from his books that “he and Zelda had to drink a great deal of champagne in Montmartre in an effort to get rid of it.” The booze, it seems, had a bit of an effect. Fitzgerald proceeded from hand-kissing to soliloquizing on the beauty of Joyce’s wife Nora without so much as a batted eyelash, somehow progressing from that to jumping out an open window. He landed on a balcony, where he perched himself upon a parapet and threatened to jump unless Nora Joyce expressed her love for him. 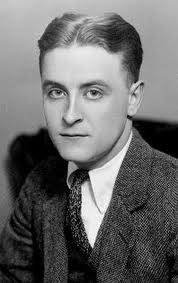 Luckily for those of us that enjoyed Tender is the Night (1935), Fitzgerald was eventually persuaded to come back inside. Though Beach is coy about the incident in her memoir, it seems fair to assume that just about everyone involved (Fitzgerald, perhaps, excluded) was more than a little mortified following the incident.
A lesser incident might serve to humanize Fitzgerald, making him seem just as embarrassing as your average punch-drunk uncle. He was, after all, a literary genius in his own right, and a minor embarrassment could have made him appear more relatable. Instead, this anecdote has almost the opposite effect. It tacks a sort of surreal postscript onto the literary legend of Paris in the ‘20s.
“And I like large parties. They’re so intimate. At small parties there isn’t any privacy.”  ~F. Scott Fitzgerald, The Great Gatsby

Interested in learning more about the Fitzgerald's relationship? Read on.

Scott and Zelda Fitzgerald: Behind the Scenes

Lean back, close your eyes, and imagine an evening in Paris in the 1920s. Jazz music curls around every street corner, streetlights glimmer, and champagne flows like a river. The sound of laughter and dancing fill the air as parties grow more gregarious, and the socialite scene comes to life. Among the throngs of people immersed in the frivolity, you are likely to find a brash southern woman, and her charming husband, regaling those around them with details of their latest creative endeavors.

Zelda and F. Scott Fitzgerald were among the most passionate members of the artistic scene, and were hard-pressed to miss an occasion to insert themselves into any prominent party in America and Europe alike. How lovely it would be to pause their narrative there, and pretend they lived happily ever after…but alas, there’s more to the story.

While the couple dazzled in public, there were always shadows at home. Scott struggled with alcoholism and depression, which was a destructive combination that affected both his marriage and his work. At his lowest points, Scott would become violent and express his emotions with his fists rather than with his typewriter. He was known for taking more than one mistress throughout their 20-year marriage, and often looked at Zelda more as a muse for his writing than his wife.

Though Scott did his fair share of damage to the relationship, Zelda was not without blame. She had an affair with a French aviator that strained the relationship, and like her husband, she devoted most of her time and energy to her creative endeavors. Later in life, Zelda was diagnosed with Schizophrenia (though some current professionals argue Bipolar disorder might have been a more appropriate explanation) and was often in and out of mental hospitals. Scott rarely visited her, and the couple eventually separated (though never divorced).

While their relationship was toxic, the creations that came from their conflict were incredible. Zelda’s quirks found their way into many of Scott’s most famous characters, and Zelda turned her internal chaos into beauty through dance, painting, and creative writing. Their demons were perhaps integral to their success, but came at a high cost.

I wish I could write that F. Scott and Zelda eventually solved all their problems and grew old together, but my duty is to the truth. Scott died of a heart attack at the age of 44, believing all of his work to be a failure. Zelda outlived him by eight years, but tragically died in a fire at Highland Hospital in Ashville, North Carolina.