“I sung of Chaos and Eternal Night,
Taught by the heav'nly Muse to venture down
The dark descent, and up to reascend”
-Paradise Lost

Today we celebrate literary giant John Milton, author of Paradise Lost. His poetry profoundly influenced English literature and in particular the works of William Wordsworth, William Blake, Alexander Pope, and John Keats. Now, over three centuries since his death, Milton remains one of the greatest of all English poets. 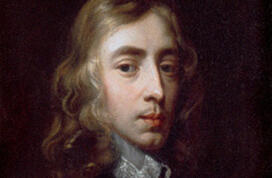 Milton was born to middle-class parents on December 9, 1608. His father, John Milton Senior, worked as a scrivener, or legal secretary, in London. As a boy, Milton was educated by a series of private tutors at home. At the age of twelve, he attended St. Paul’s School and in 1625, Milton studied at Christ’s College, Cambridge. Despite graduating cum laude, Milton’s time at Cambridge was difficult. A brilliant student, he was also argumentative and exacting. In 1626, Milton was suspended after a fight with his tutor. He was nicknamed “The Lady of Christ’s” by his contemporaries, possibly due to his feminine appearance or lack of interest in athletics. During this period, Milton composed “On Shakespeare,” “L’Allegro,” and Lycidas.

After graduation, Milton embarked on a tour of Europe, as was typical for affluent young men of the time. He met many great minds of the age, including Hugo Grotius, Giovanni Batista, and Galileo. Milton concluded his trip early upon hearing rumors of civil war in England and of the death of his friend Charles Diodati. Shortly upon his return to London, Milton composed Epitaphium Damonis in Diodati’s honor.

Milton’s return to England coincided with the eve of the English Civil War. He began tutoring his nephews and other upper-class children. He also embarked upon a pamphleteering career—advocating Puritan and republican sentiments. With the death of Charles I in 1649 and the rise of Oliver Cromwell and the Parliamentarians, Milton’s political writings became increasingly prominent. His loyalty soon earned him the position of Secretary of Foreign Tongues. His primary duty was to write the republic’s foreign correspondence in Latin, but he was required to serve as a censor and create propaganda as well. In 1651, Milton experienced vision loss culminating in complete blindness by 1652. With the help of several assistants, he managed to continue his political writing.

With Cromwell’s death and the dissolution of the Commonwealth, Milton continued to voice his opposition to the monarchy. With the Restoration in 1660, Milton went into hiding. Soon, a warrant was issued for his arrest and his writings were burnt. Although the government had issued a general pardon, Milton was arrested and imprisoned until some influential friends intervened. Impoverished, Milton spent the rest of his life living quietly in London.

In 1667, at nearly sixty years of age, Milton published his greatest work: Paradise Lost. Due to his blindness, he composed sections of the poem in his head at night and dictated it to his assistants in the morning. With over 10,000 lines of blank verse, this epic poem chronicles the Biblical fall of man—from Satan’s temptation of Adam and Eve to their expulsion from the Garden of Eden. One of the poem’s primary themes is that of civil war and indeed, Milton writes in defense of God—“Heav’n’s awful Monarch.” Critics have since struggled with why Milton—an avowed anti-monarchist—would defend monarchy in his greatest work. Some believe that Milton’s political opposition was directed exclusively to the Stuart monarchy and not to the institution in general. 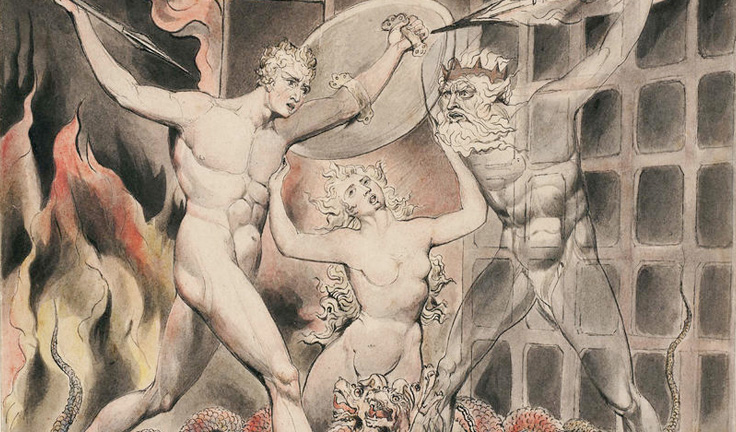 Milton died of gout in November 1674. Samual Taylor Coleridge wrote, “He was, as every truly great poet has ever been, a good man; but finding it impossible to realize his own aspirations, either in religion or politics, or society, he gave up his heart to the living spirit and light within him, and avenged himself on the world by enriching it with this record of his own transcendental ideal.”