John Newbery was born in 1713 in Berkshire, England. The son of a farmer, he saw to his own education and through his efforts became apprenticed to a printer when he was sixteen years old. Eventually, the business was sold and Newbery's continued efforts with the new owner, William Carnahan, resulted in him being left the business along with Carnahan's brother when he passed away. Now in charge of the press, Newbery saw a place in the market and used his literary and sales sense to create a not only a new genre of literature but cause it to thrive. His efforts throughout his career to create and publish books for children are why John Newbery is considered to be the father of children's literature and why one of the most prestigious awards for books written for children, The Newbery Medal, was named in his honor. 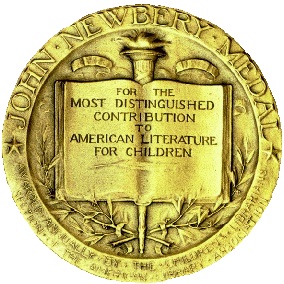 In 1740, Newbery established a business in Reading, publishing fiction and devotional works. The venture proved so successful that just a few years later, he was able to leave the business in the care of his eldest stepson and move to London to open a shop. It was during this time that he decided, based on the writings of Enlightenment philosopher John Locke and his claims that children learn best by play, to expand his business to include children's literature, which at the time existed mostly as religious texts. The first of the children's books he published to this end was A Little Pretty Pocket Book, intended for the Amusement of Little Master Tommy and Pretty Miss Polly with Two Letters from Jack the Giant Killer, published in 1744. The book was sold on its own, or—based on Locke's writings on the subject—for a small extra sum, came with a ball or pin cushion with which children could track their good and bad behavior based on where they stuck the pin. The book contained the alphabet, rhymes, word games, and little fairy tales, all geared toward guiding the child to good and moral behavior. While antiquated in its message now, at the time the book was massively popular and is considered to be one of the most important works in the history of children's literature.

A Little Pretty Pocket Book was so successful that it allowed Newbery to move his shop to a more prestigious location by 1747. He continued to publish titles for both adults and children, working in upcoming titles and products into the stories in a way that allowed his books to serve as marketing as well as stories. He even owned stock in a fever powder which he name dropped in a book to serve as a selling tool.

Throughout the course of his career, Newbery published over one hundred books for children, popularizing the mostly non-existent genre to the point that today it is one of the most popular and profitable publishing categories. He published alphabet books, picture books, fairy tales, novels, and magazines. He is sometimes credited with publishing the first Mother Goose book, though that has since been proven to most likely be false. Newbery also wrote and published his own books for children, possibly with one of his numerous famous writer friends as a cowriter. The most popular of these books is The History of Little Goody Two-Shoes. It tells the story of a little girl who goes through and life with only one shoe, but when her goodness impresses a wealthy man, he rewards her kindness with a new pair of shoes. While the origin of the phrase is unknown, Newbery's book is credited with popularizing the phrase “goody two-shoes” as a moniker for an overly virtuous person.

Newbery passed away in 1767 at the age of fifty-four. His children, stepchildren, and nephew continued his business, though not without some disagreements between them. The business remained in the family until it was sold in 1802. 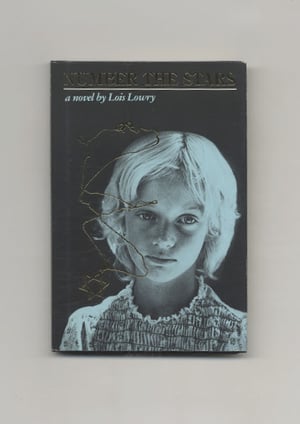 In 1922, the Association for Library Service to Children created the John Newbery Medal as a way of honoring the most distinguished contribution to American literature for children, name for him due to his role in popularizing and advocating for books for children. The Newbery Medal is awarded annually and is considered one of the most prestigious children's book awards in the nation. Some previous award winners include Johnny Tremain by Esther Forbes, Island of the Blue Dolphins by Scott O'Dell, A Wrinkle in Time by Madeleine L'Engle, Julie of the Wolves by Jean Craighead George, Roll of Thunder, Hear My Cry by Mildred D. Taylor, Jacob Have I Loved by Katherine Patterson, Number the Stars by Lois Lowry, The Tale of Despereaux: Being the Story of a Mouse, a Princess, Some Soup, and a Spool of Thread by Kate DiCamillo, The Graveyard Book by Neil Gaiman, and Last Stop on Market Street by Matt le Pena.