Although renowned as a novelist and screenwriter, Pulitzer Prize-winner Larry McMurtry was above all a passionate book collector. A bookseller for more fifty years, McMurtry began writing as a way to fund his book purchases. He acquired quite a few—his own personal collection contains over thirty thousand volumes and his bookstore holds another 200,000. He said, "The tradition I was born into was essentially nomadic, a herdsmen tradition, following animals across the earth. The bookshops are a form of ranching; instead of herding cattle, I herd books.” 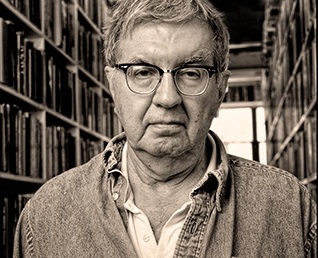 In 1971, McMurtry opened his first bookstore, Booked Up, in Washington D.C. He eventually expanded, opening stores in Houston, Dallas, and Tucson.  In 1988, he relocated these stores to his sleepy hometown, Archer City, Texas. He sought to create a new book town—opening four stores with 450,000 books. McMurtry placed advertisements in antiquarian publications proclaiming, "Miraculous birth! ... Visit the newly born book town of Archer City, Texas, and help the endless migration of good books continue."

His hope was that Archer City would become a hub of specialized booksellers. Yet while his stores became an attraction, other vendors failed to join his endeavor. Finally, in 2012, after selling books there for over twenty years, McMurtry resolved to downsize. Hoping to make his inventory more manageable for his heirs, he held a two-day auction. The sale attracted booksellers and collectors from all over the nation and sold 250,000 books. Booked Up still holds some 200,000 rare and unique books and remains a fixture in Archer City. Reflecting on his career as a bookseller, McMurtry mused, “One of the great things about the life of an antiquarian bookseller is that it is progressive, you keep getting better and better and better the longer you do it.” 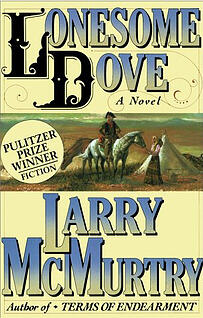 As both a book collector and a novelist, McMurtry found himself in the unique position of being knowledgeable about the book trade while simultaneously having his own works collected. First editions of his novels—particularly his Lonesome Dove series—sell for thousands of dollars. After becoming famous, he quickly acquired a certain cynicism when friends began selling his letters and books he had personally inscribed. He made the best of it, however, playing games with his collectors by creating secrets and riddles for them to discover.

For example, he wrote a memorial to Diane Keaton’s grandmother in 1985—publishing only fifty copies. He waited to see whether collectors would learn of it and whether anyone would obtain a copy—doubtful at their chance of success. Yet one copy was found.

After McMurtry attended an A-list event at the White House, he wrote a twelve-page description and sent copies to other guests, including Prince Charles. Of the hundreds of copies in existence, no collector has yet acquired one. McMurtry also commissioned his goddaughter to illustrate the first issue dust jacket of Streets of Laredo—and released just forty copies. Although collectors speak of its existence, no one has yet tracked one down. 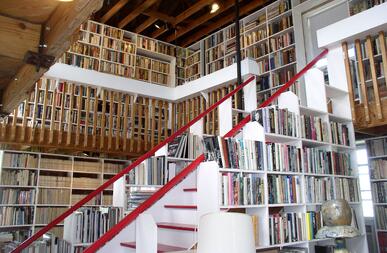 McMurtry built a personal library of some thirty thousand books. He spoke of himself as book “accumulator” not a true collector, yet he owned such gems as a first edition of The Great Gatsby. McMurtry arranged his books by subject, ranging from Russian literature to Americana and comic books. His collection has spread from his mansion to the converted carriage house out back.  He bought books according to interest. “One of the glorious things about being an antiquarian bookman is it educates you. You have to learn about things that otherwise, if you hadn’t bought the book, you would never know about.”

When McMurtry accepted the 2006 Academy Award for his screenplay of Brokeback Mountain, he said, “From the humblest paperback exchange to the masters of the great bookshops of the world, all are contributors to the survival of the culture of the book, a wonderful culture which we mustn't lose." McMurtry is just such a contributor—a man who has spent his life affirming the everlasting value and importance of books.