Famous Astronauts and Their Lives After NASA

On July 20, 1969, Apollo 11 successfully landed on the moon and for the first time, mankind took its first physical steps out in the universe. The 50th anniversary of the lunar landing is fast approaching. The things NASA has learned from that first landing and the numerous following expeditions into space have changed the face of scientific understanding. To celebrate  NASA and the brave astronauts who have made history throughout the years, let's take a look at the lives of some of the most famous astronauts after they ended their careers in space exploration. 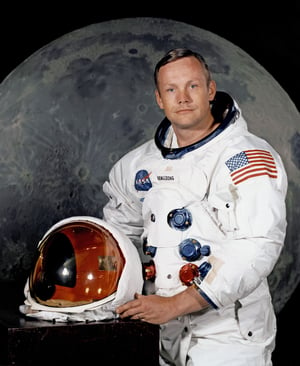 Neil Armstrong is best known for being the first man on the moon at which time he famously said, "One small step for man, one giant leap for mankind."

After retiring from NASA in 1971, he taught in the Department of Aerospace Engineering at the University of Cincinnati. He was part of the commission investigating the failure of the Apollo 13 mission and the tragedy surrounding the Challenger explosion.

He served as a spokesperson for Chrysler for many years and worked on the board of directors of numerous American business, including AIL Systems until his retirement in 2002.

Buzz Aldrin was one of the first two people to set foot on the moon. After retiring from NASA, he served as Commandant of the USAF Aerospace Research Pilot School at Edwards Air Force base until astronaut training was eliminated from the program. Then, Aldrin served as an advocate of space travel, including campaigning for missions to Mars, for which he created a trajectory known as the Aldrin Cycle.

Aldrin has undertaken two polar expeditions, and, at the age of 86, became the oldest person to reach the South Pole. He is the Chancellor of the International Space University and has served on the National Space Society's board of governors. Since his retirement from NASA, Aldrin has made numerous appearances on television and in film and has written dozens of books, both fiction and nonfiction, such as Encounter With Tiber and Magnificent Desolation: The Long Journey Home from the Moon.

John Glenn is best known for being the first person to orbit the earth. He had an illustrious career with NASA from 1959 to 1964. In 1962, after realizing that he would be fifty years old when the planned moon landing would take place, Glenn listened to the advice of Attorney General Robert F. Kennedy and turned his attention toward the upcoming senatorial race in Ohio. However, due to an injury, Glenn ended up dropping out of the 1964 race.

He worked as vice president of corporate development for RC Cola and served on their board of directors before turning his sights again to politics in 1970. While he lost the senate seat that year, he was elected as a senator in the state of Ohio in 1974. He unsuccessfully ran for the Democratic presidential nomination in 1984 but retained his seat in the Senate until 1999 when he retired. He later petitioned for and was granted permission from NASA to return to space on the Discovery. He participated in the study of the effects of space on elderly people as the changes that happen to the human body when in space mirror the natural effects of aging.

Throughout his life, Glenn was awarded the Presidential Medal of Freedom, the NASA Distinguished Service Medal, a World War II Victory Medal, as well as numerous other honors. Glenn passed away in 2016. 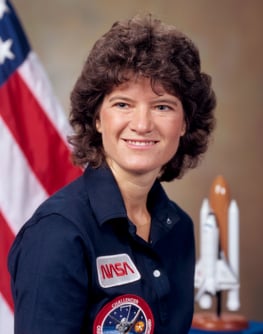 Sally Ride made history for being the first American woman in space, the youngest American astronaut to travel in space, and the first LGBTQ astronaut. In addition to her role in various missions to space, Ride also served on the investigative committees for both the Challenger and Colombia disasters.

After retiring from NASA, Ride taught at Stanford University and later at University of California San Diego. She wrote seven books, including several co-written with her partner Tam O'Shaughnessy. She dedicated much of her life to promoting a love of science and an interest in space travel in children, especially girls. She co-founded Sally Ride Science at UC San Diego to create programs and publications to promote science to children and served as president of the organization until her death from pancreatic cancer in 2012.

Before becoming an astronaut, Jemison attended Stanford University and worked as a member of the Peace Corps. She became the first African American astronaut at NASA in 1987. She had applied earlier, but the Challenger disaster delayed the acceptance of any new candidates. Jemison traveled to space in 1992 and logged 190 hours on the mission. She left NASA in 1993 to found The Jemison Group, which consults on the socio-cultural impact of technological advancements.

She has taught at Cornell University and most recently, Dartmouth College. She also created the Dorothy Jemison Foundation for Excellence, an initiative to promote science education for children, which has since earned a grant to cooperate with 100 Year Starship, where Jemison serves as principal.

Jemison is currently partnered with 4H and Bayer Crop Science on the initiative Science Matters to encourage children to pursue agricultural science. She has published six books and contributed to numerous other publications.