Literature and Dictatorship in the Dominican Republic

What can fiction teach us about political resistance during times of tyranny? While the twentieth century alone has borne witness to acts of terror and dictatorship across the globe, numerous writers have addressed the violence that took place at mid-century in the Dominican Republic. From 1930 to 1961, the country struggled under the dictatorship of Rafael Leónidas Trujillo Molina, often referred to simply as “El Jefe.” 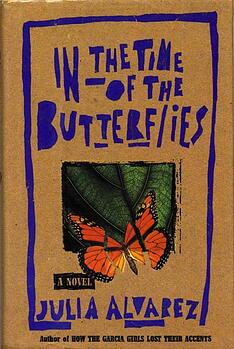 Under Trujillo, extreme racial and political violence led to the imprisonment and execution of tens of thousands of Dominicans and Haitians alike. We thought we’d take a look at just a few contemporary writers who have addressed moments of terror within this regime, from the Peruvian novelist Mario Vargas Llosa to Junot Díaz, a prominent Dominican American writer.

Writing About the Dictatorship Across the Decades

For many novelists who have addressed the violence that took place in the Dominican Republic during the Trujillo regime, depicting a narrative of dictatorship hasn’t been confined to just one historical moment.

For instance, in Vargas Llosa’s, The Feast of the Goat [La Fiesta del Chivo] (2000), the novel traverses the decades between Trujillo’s assassination in 1961 and the 1996 narrative of a character, Urania Cabral, who has been indelibly affected by the dictator’s violence. The novel contains three different points of view, which are interwoven in chapters throughout the book. The first tells the story of Urania Cabral, who returns to Santo Domingo in 1996 for the first time in more than thirty years. After enduring a brutal sexual assault at the hands of Trujillo, Urania escaped to the United States. A second narrative follows Trujillo through the days leading up to his assassination on May 30, 1961. A third story line traces the experiences of the assassins themselves.

Also narrating an immigrant experience, Junot Díaz’s The Brief Wondrous Life of Oscar Wao (2007) contends with a first-generation Dominican American whose family history is one of imprisonment and torture during Trujillo's rule. For Oscar de León, contemporary New Jersey is home. However, as Oscar begins to learn about the violence that his mother’s family endured under the regime, Oscar returns to the Dominican Republic. There, he is murdered in the cane fields, much like those who became victims of the dictatorship.

While the works of Vargas Llosa and Díaz contain contemporary plots that look back to the years of the dictatorship, Julia Alvarez’s In the Time of the Butterflies (1994) fictionalizes the acts of political resistance staged by the Mirabel Sisters during the mid-twentieth century. Alvarez depicts the powerful struggle, imprisonment, and unjust execution of three of the Mirabel sisters, retold from the point of view of the only surviving sister, Dedé. Since its publication, Alvarez’s novel has appeared on numerous high school and college syllabi, and it was nominated for the National Book Critics Circle Award. 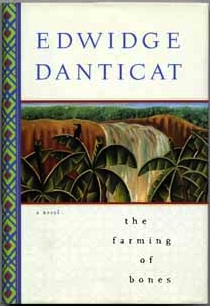 The 1937 Massacre in Fiction and Poetry

Some writers have reimagined the violent trends of the dictatorship, drawing out themes of imprisonment and torture. Others have focused on particular crimes of the regime, specifically the 1937 Massacre (popularly known as the “Parsley Massacre”). In October of 1937, Trujillo ordered the execution of tens of thousands of Haitians along the Dominican-Haitian border. The name “Parsley Massacre” derives from the notion that Trujillo instructed his soldiers to ask persons along the border to identify a sprig of parsley. Life or death depended on how the person pronounced the Spanish word for parsley—perejil. The idea was this: Creole speakers wouldn’t be able to roll the “r” of perejil, thus identifying themselves as Haitians.

Rita Dove’s poem “Parsley” contends with the violence of the massacre and violence to language:

Who says it, lives. He laughs, teeth shining

Out of the swamp. The cane appears

in our dreams, lashed by wind and streaming.

And we lie down. For every drop of blood

there is a parrot imitating spring.

Out of the swamp the cane appears.

Edwidge Danticat too has used literary language to approach the 1937 massacre, first in her short story “1937,” and later in her novel, The Farming of Bones (1998). Danticat is a Haitian-American writer whose work has been nominated for the National Book Award and the National Book Critics Circle Award, among others. In 2009, Danticat was the recipient of a MacArthur “Genius” grant.

It’s not a new idea for writers to resist and redefine the politics of dictatorship and tyranny through fiction. Whether you’re reading writers with ties to the Dominican Republic and Haiti, other regions of the Caribbean, or other parts of the world entirely, there’s so much to learn about the world through imaginative literature. The works of authors like Díaz, Dove, and Danticat emphasize just that.