Lord Byron, Hero of the Romantics--and the Greeks

“That man of loneliness and mystery,
Scarce seen to smile, and seldom heard to sigh”
-The Corsair

Celebrated English poet and leader of the Romantic movement, George Gordon Byron, is as well known for his personal life as for his poetry Byron famously embodied the Romantic hero, and influenced countless other writers including Victor Hugo, Alexandre Dumas, Emily Brontë, and Alexander Pushkin. 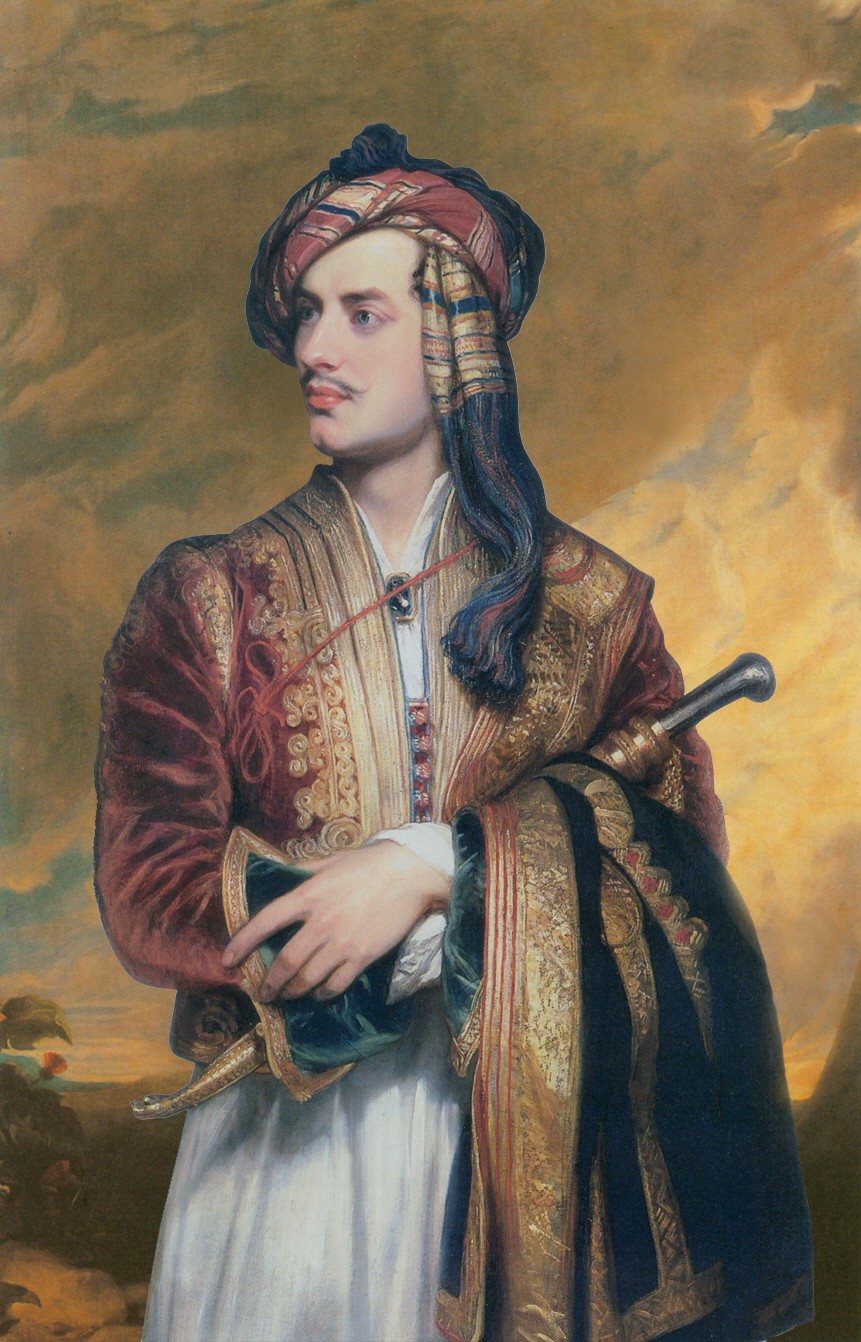 Byron was born with a clubfoot on January 22, 1788 to Captain John Byron and his second wife, Catherine. After squandering his wife’s fortune, John Byron abandoned his wife and child, dying shortly thereafter in France. For ten years, Byron and his mother lived in poor lodgings in Scotland until Byron inherited the title Baron Byron of Rochdale upon the death of his great-uncle. The money accompanying this title allowed Byron to attend Harrow and Trinity College, Cambridge. But Byron was never an ideal student, and his time at these institutions was distinguished more by debt and bisexual love affairs than by scholarly attainments.

Byron published his first collection of poems, Hours of Idleness, in 1807. The volume received a brutal critical reception, particularly by the Edinburgh Review. These critiques inspired Byron’s satire English Bards and Scotch Reviewers in 1809. The same year, Byron embarked on his grand tour, visiting Spain, Malta, and Greece. He wrote the poem Childe Harold’s Pilgrimage based on his travels and the publication of the first two cantos immediately established Byron as a major English poet. Byron said, “I awoke one morning and found myself famous.” His character Harold is the first Byronic Hero, a character notable for moodiness, pride, romantic melancholy, honor, courage, and alienation.

A celebrated figure in London society, Byron began a tumultuous affair with Lady Caroline Lamb and became an active member of the House of Lords. There, he strongly advocated liberal reforms, a subject matter that colored many of his poems of the time.

Byron married Anne Isabella Milbanke in 1815, who gave birth to their daughter Augusta Ada the following year. The marriage was an unhappy one, and Anne left Byron shortly after Augusta was born. To escape increasing rumors of incest and his mounting debts, Byron left England in 1816 and never returned. Byron joined Percy Bysshe Shelley, Mary Wollstonecraft Shelley, and his mistress Claire Clairmont in Geneva. It was there that Mary wrote Frankenstein and Byron composed the last two cantos of Childe Harold.

Byron went on to travel in Italy, writing The Lament of Tasso, Mazeppa, and the beginning of Don Juan. In 1822, Byron, Leigh Hunt, and Shelley produced The Liberal, a political journal. Viewed as slanderous in 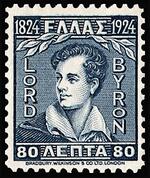 Britain, they escaped prosecution by publishing the journal from Italy. The journal was disbanded after Shelley drowned in a boating accident on July 8, 1822.

Increasingly dissatisfied with a life of poetry and a long supporter of Greek independence, Byron joined the Greeks in their uprising against the Ottomans in 1823. While planning an attack on the Turkish fortress Lepanto, Byron contracted marsh fever and died on April 19, 1824. Byron remains a Greek hero, and the inspiration of musicians, writers, and revolutionaries both today and throughout history.