This spring, the Swedish Academy announced that there would be no Nobel Prize in Literature awarded this year, stating instead that two laureates will be awarded in 2019. At the heart of this issue is photographer Jean-Claude Arnault, husband of committee member Katherine Frostenson, who has been accused of eighteen counts of sexual harassment and assault. He is also suspected of leaking lists of possible winners for betting purposes. While this is not the first time this has happened (in 1949, the Academy famously announced that no candidates met the criteria, delaying the decision to the following year when they selected William Faulkner as the 1949 winner), this is the first time the decision has been made as a direct result of scandals surrounding the committee. 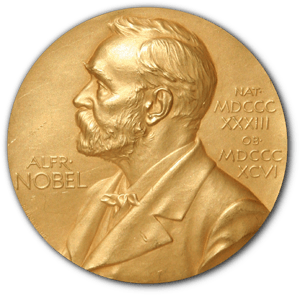 The scandal erupted in November of 2017 when a Swedish newspaper published accounts from eighteen women detailing stories of harassment and abuse at the hands of Arnault over a period of 20 years. Arnault, a prominent figure in the world of Swedish art, has denied these allegations and was not brought to trail. However, in June of 2018 he was charged with two counts of rape and will go to trial this fall. He faces up to six years in prison if convicted. Arnault was also accused of sexual assault in 1997, but no legal action was taken.

Beside the several sexual assault scandals throughout the years, Arnault has been accused of leaking the names of winners, including 2017 winner Bob Dylan, to his friends so they could place successful bets. It is also rumored that at a 2006 event, Arnault was not to be allowed alone at any time with the Crown Princess Victoria. Arnault denies these allegations and rumors.

Because of the fact that he is married to Academy member Katherine Frostenson and because he owns and runs the Forum, a literary venue in Stockholm which was partially funded by Swedish Academy money, the scandals have reflected badly upon the Academy. Several Academy members called for Frostenson's resignation and when she was not asked to leave, three members of the eighteen-person committee resigned, stating that secretary Sara Danius (who also admitted to having been assaulted by Arnault) had not taken appropriate legal action against Arnault. Shortly after, Danius resigned. Frostenson herself also later resigned.

A History of Issues at the Academy 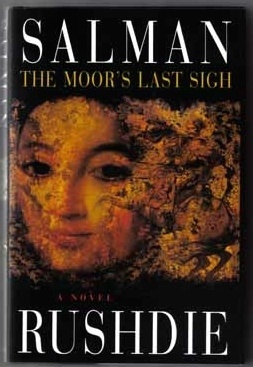 While Arnault is a primary factor in the Academy's choice to delay the award, part of the problem can actually be traced back to another Nobel scandal in 1989. Salman Rushdie's novel The Satanic Verses was released in 1988 and the subject matter of the book caused an outcry in some countries. Iranian religious leader Ayatollah Ruhollah Khomeini called for Rushdie's death as well as the deaths of anyone involved in the book's publication, citing the book as a disgrace and dishonor to the Islamic religion. Though countries all over the world condemned this call for death, translator Hitoshi Igarashi was murdered for his work on the Japanese translation and two other translators suffered attempts on their lives though they ultimately survived. In spite of many nations of the world denouncing Ayatollah Khomeini's proclamation, the Swedish Academy did not, and three members of resigned because of their refusal to do so. Since then, only one of the seats has been filled.

Ideally the Academy is made up of eighteen members who are appointed to serve for life, and resignation is not allowed. If a member does not wish to participate, they can leave their seat vacant and exist as inactive members.

With the Rushdie affair and subsequent new appointment, the Academy was already down to only fifteen active members. The latest debacle with Arnault brought the total down to ten, which by Swedish Academy rules leaves them unable to elect new members, since they must have twelve active members to do so.

Due to the drastic drop in active members, Sweden's king, Carl XVI Gustav, announced that massive changes would be made to the statutes governing the Swedish Academy. He stated that in order to ensure the survival of the Academy and one of the world's most important prizes in literature, no prize would be awarded in 2018 to give the Academy time to work through these internal issues.

Some damage to the prestige of the Nobel Prize in Literature has already been done. Numerous newspapers and websites have criticized the Swedish Academy for its overlooking of years of sexual assault allegations, exposing Arnault's behavior as sort of thinly-veiled family secret that everyone in the literary world knew about but from which everyone awkwardly turned away. Questions have been raised about whether or not the Academy has an elite bias towards it's own members, creating a literary bourgeois class devoted toward promoting its own members and unfairly holding Swedish work in higher regard in spite of the international nature of the prize.

Surprisingly, journalist Alexandra Pascalidou even organized The New Academy Prize in Literature in response. The committee, made up of one hundred Swedish writers, will award the $112,00 USD prize on October 14. This new prize is dedicated to filling the gap left by the scandal, to awarding the type of authors overlooked by the prize but who demonstrate immense literary talent, and to opening up the closed nature of the award.

Anyone can go on The New Academy's website and cast their vote for their favorite deserving author. Some of the nominees for the prize include J.K. Rowling, Neil Gaiman, and Haruki Murakami.

Source: The Guardian here and here.