Carolyn Gold Heilbrun was an English professor at Columbia University, the author of fourteen mystery novels written under the pseudonym Amanda Cross, and a mother of three successful children. On October 9, 2003, she finished her morning routine of reading and writing, took a walk around Central Park with a close friend, and sent a series of emails to colleagues. Then she ingested an overdose of pills and covered her head with a plastic bag until she died. 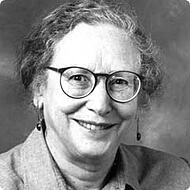 At 77, Heilbrun was by all accounts of close family and friends a healthy and happy woman. She’d conversed and written about considering suicide once she reached 70, but instead wrote a novel about aging gracefully, The Last Gift of Time: Life Beyond Sixty (1997). And though she was a staunch feminist, Heilbrun was far from lonely or estranged from her husband or from men in general. Heilbrun claimed often that her marriage provided the stability that enabled her brave career, and she dedicated the last work of her life to the male role models she most revered in the book When Men Were the Only Models We Had (2002). 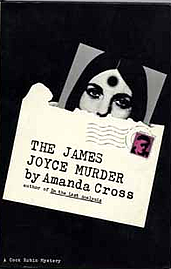 Heilbrun was born on January 13, 1926, the only child to wealthy and upwardly mobile Archibald and Estelle Gold. Her father was an accountant and her mother a housewife; the two financed her private education at an all-girls school in Manhattan and her attendance at Wellesley College. There, she met her husband James while he was a student at Harvard and graduated in 1947 at the top of her class. She attended graduate school at Columbia University in New York, where she earned her PhD in 1959 and began her more than thirty-year teaching career in 1960.

Heilbrun was the first female tenured professor in Columbia’s English Department, earning a full professorship in 1972 and an endowed chair in 1986. Her specialty was British modern literature, especially of those authors such as Virginia Woolf and EM Forster who lived and worked near Bloomsbury, London. Twice named a Guggenheim fellow and twice a Rockefeller Fellow, Heilbrun served on the executive board of the Modern Language Association (MLA) from 1976 to 1979, as well as serving as its president in 1984, and one of three trustees investing its funds. Her professional works included her master’s thesis, a biography The Garnett Family (1961), and some of the most widely read books of the women’s movement, Toward a Recognition of Androgyny (1973), Reinventing Womanhood (1979), and Writing a Woman’s Life (1988). 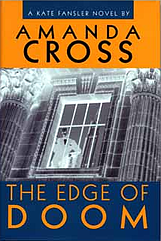 An outspoken feminist and critic of academia’s patriarchal leanings, Heilbrun protested Columbia University’s discrimination against women with an early retirement in 1992 when she was only 66. During her time as a professor, she was also an active and popular novelist. Her satirical mysteries are set in academia, and her protagonist is a professor who often interacts with close caricatures of real men Heilbrun worked with, such as Lionel Trilling. She kept her fiction works a secret to protect her integrity as a respected intellectual, but enjoyed success as a fiction writer from the first of the series, In The Last Analysis (1964), to its final installment, The Edge of Doom (2002). The scenes in Poetic Justice (1970) nearly revealed her identity and Death in a Tenured Position (1981) won the Nero Award.

Her ideas about personal autonomy were as extreme as her double-life as a responsible professor and murderous novelist. According to her New York Magazine obituary, Heilbrun refused many conventions, asserting that motherhood was not for everyone, grand-motherhood was not for her, and Thanksgiving dinner was not to be served. She kept her own room in the homes she shared with her husband, and even purchased a house she owned and occupied completely by herself.

Most importantly, she believed that death should be a choice, not an accident, and for her in particular that it should occur before she became “useless.” Judith Resnick, close friend and co-author of the 1990 Yale Law Journal paper “Convergences: Law, Literature, and Feminism” said of Heilbrun’s choice, “This is not part of an ideology of feminism—this was a person who made her own decisions, as her own person.”

Heilbrun left a short note with her suicide, stating simply, “The journey is over. Love to all.” Her widower James died peacefully in April 2008 at the age of 83; they are survived by three children and two grandchildren.

Why Did Isaac Asimov Use the Pseudonym "Paul French"?