The Authorized and Unauthorized Sequels of Gone with the Wind

Gone with the Wind by Margaret Mitchell is one of the most undisputed popular novels in the world, winning the Pulitzer Prize and having the unusual distinction of being outsold only by The Holy Bible. In addition, it was adapted into an equally famous film that still holds records to date. This fact is even more remarkable when considering that it was Mitchell's only finished novel and her only fiction publication in her lifetime. She died after being struck by a car at the age of forty-eight. While some of her early works were posthumously publish, none have reached the epic fame as her famous novel featuring Scarlett O'Hara. 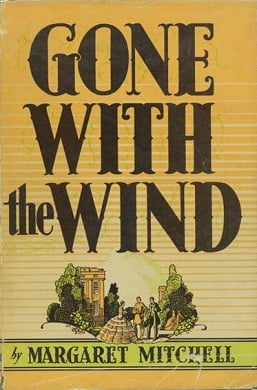 It's hard to say what other works could have come from Mitchell, but it is a near surety that a follow up to Gone with the Wind was out of the question. During her life, Mitchell refused to write a sequel to her best seller in spite of urging from publishers, not wishing to undermine the integrity of a story she viewed as complete.

However, Gone with the Wind has endured and is still counted among the ranks of the world's most popular novels. Over the years, numerous sequels have been published, some authorized and some not. There is even an entire series of unauthorized Russian sequels written by a collective of writers all publishing under the name Audrey D. Milland. These books offer up a reportedly different point of view than the original and assume a sensibility more catered to a Russian audience.

Today we take a look at five of the best known sequels, each written with varying degrees of permission from Mitchell's estate. Whether Mitchell herself would have approved of any of the sequels is up for debate. 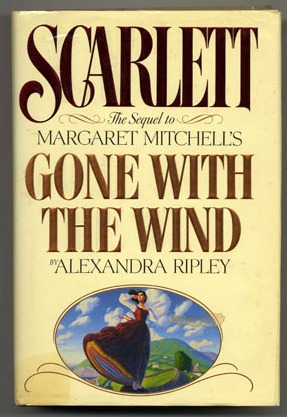 In the 1970s, Mitchell's nephews were in control of her estate. Desiring to replicate the massive success of the film adaptation of Gone with the Wind, they commissioned a sequel, which languished in production and never materialized, though a screenplay was completed for the project. They switched tactics and sought an author to write a novel sequel instead.

In the 1980s, Alexandra Ripley, already known for her novels set in the south, was selected. Her authorized sequel, Scarlett, was published in 1991 and picked up immediately after the events of the original work, eventually taking Scarlett all the way to Ireland where she becomes matriarch to the Irish O'Haras. Ripley reportedly braced for impact. Her expectations were correct as the book was critically panned across the board with most reviewers and many fans considering it to be an abject failure. And yet, the book was a commercial success. It was adapted into a television mini-series starring Timothy Dalton, and the novel is still in print today.

In 2001, the Mitchell estate sued Alice Randall in attempt to block her unauthorized publication of her novel The Wind Done Gone, which tells the story of Gone With the Wind from the point of view of an original character, Scarlett's half-sister Cynara, the daughter of Mammy and Gerald O'Hara. The Mitchell estate argued that the plot was too similar to that of the original and that that similarity was grounds for copyright infringement.

In the Suntrust vs Houghton Mifflin case, the publisher argued that the novel fell under the category of parody and that made use of the copyrighted material fair use. The case was settled with Houghton Mifflin offering a sizable donation to Morehouse College in exchange for publication.

The book was published baring a large seal denoting it an unauthorized parody.

The Winds of Tara

Just one year after the unsuccessful attempt to block an unauthorized Gone with the Wind retelling, the Mitchell estate semi-successfully blocked an unauthorized sequel. In 2001 Kate Pinotti self-published her own sequel, The Winds of Tara, which disregarded all authorized sequels and rewrote some of the original story, bringing some characters back to life. The Mitchell estate issued a cease-and-desist order. Though Pinotti fought to publish her book, using the same fair use argument as Randall with The Wind Done Gone, she lost. However, after discovering that the copyright in Australia had run out in 1999, Pinotti eventually legally published the novel there with Fontaine Press.

In 2007, the Mitchell estate tried again. After a few false starts and two different authors, Donald McCaig was selected for his background in award-winning Civil War fiction. The result was Rhett Butler's People, which retold the events of Gone With the Wind from Rhett Butler's perspective and continued the story thereafter. The reception was mixed. The novel ignored the events that took place in the previous authorized sequel, Scarlett, and offered up a portrayal of Butler that framed him as more of a romantic and internally tortured character than the rogue presented by the source material. It was successful enough that when McCaig pitched another Gone with the Wind novel, this time a prequel focusing on Mammy that paralleled the Biblical story of Ruth. The estate bought it.

In 2014, Ruth's Journey was published, though not without controversy, as there were numerous objections to a white male writer being granted the rights to tell the story about a black woman and a slave, especially when they had blocked Alice Randall's attempt to do just that.