Sinclair Lewis' Nobel Prize: a Critique of the American Establishment?

In 1930, Sinclair Lewis became the first American to be awarded the Nobel Prize in Literature. His won the prize “for his vigorous and graphic art of description and his ability to create, with wit and humour, new types of characters.” Some speculate, however, that Lewis won as much for the quality of his writing as for his harsh criticism of the American establishment. 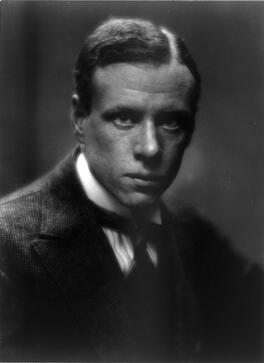 Sinclair Lewis wrote with wit and humor about what he deemed false truths in American society. He grew up in the small town of Sauk Centre, MN, the inspiration behind his celebrated novel, Main Street (1920). His strong satirical stance in not only Main Street but most of his subsequent novels stirred up distaste for his work despite its commercial success. In 1921, he was denied the Pulitzer Prize in Literature despite having won the jury vote.

At the Nobel award ceremony, Tor Hedberg, a member of the Swedish Academy, asserted, “It is with living humour that you aim the blows of your scourge, and where there is humour, there is a heart too. It is not only the keen and lively intellect, the masterly design of human shapes and characters but also the warm, open, gaily-beating heart that we have appreciated in you.”

Perhaps Hedberg meant to silence those who said that by awarding the Nobel Prize to an American who wrote with such distaste for America, the committee itself was passing judgment on the country. Also attempting to soften public perceptions of Lewis, Eric Axel Karlfeldt, who gave the Nobel presentation speech in 1930, reminded everyone “That it is institutions as representatives of false ideas, and not individuals, that Mr. Lewis wants to attack with his satire, he has himself indicated.”

Lewis, however, did not back down from his beliefs about the dangerous trends, as he saw them, in the treatment of American literature by Americans at the time. Instead, he used his platform as Nobel Prize winner to blast a complacency in his homeland and call out the people and institutions that he saw as destructive to literary growth.

In his Nobel Lecture, Lewis expressed dire concern over the paleness and lack of controversy found in the writings most favorably recognized in America. He conveyed his distaste for the lack of vision and forward movement shown by those in positions of literary power. He used the word “divorce” on several occasions to explain the disconnect he saw between professed literary standards and reality. 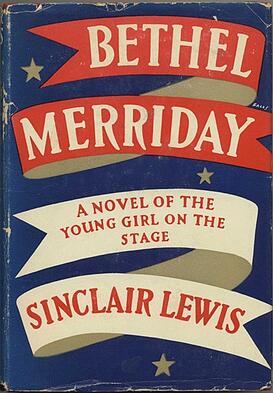 In his discussion of American universities, Lewis said “our American professors like their literature clear and cold and pure and very dead.” He argued American literary institutions failed to recognize the writers who were attempting to push the envelope.

Despite his harsh words, Lewis obviously wanted to see American literature thrive. He cited several up-and-comers in whom he saw promise. And, in his own self deprecating way, Lewis also asserted that he was working on more novels, but only wished that “after having received the Nobel Prize, he [could] write better than he can.”

Whether Lewis' later works ever matched the standard he set with those published during the 1920s is unclear. Many, including his biographer, Mark Schorer (Sinclair Lewis: An American Life) argued that he was not ever able to succeed as greatly with his later writings as he had with his earlier works. However, others maintain that novels such as Bethel Merriday, published a decade after Lewis’ Nobel Prize win, display the same attention to detail and descriptive art lauded early in his career.

Regardless of where one positions himself in regard to Sinclair Lewis’ breadth of work, it’s impossible to dispute the man as a trailblazer in both the written and spoken word.