It seems a bit odd that J.R.R. Tolkien, in The Lord of the Rings (1954, '54, '55) and The Hobbit (1937), sought to craft a distinctly English mythology, when by all accounts such a thing already existed. The stories that comprise the King Arthur legend have circulated in France and England since the Middle Ages. Films that depict mythic tropes likes the sword in the stone and the famed round table run the gamut of decades and genres. As such, they've generated classics of children’s cinema (1963's "The Sword in the Stone") and absurdist comedy (1975's "Monty Python and the Holy Grail") alike. And yet, little is known about the man who first put these myths to paper in English: Sir Thomas Malory. 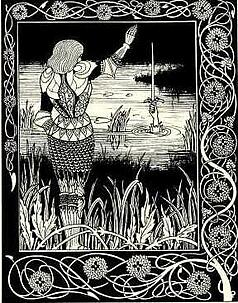 Thomas Mallory of Papworth, for instance, was born a full six decades before the work’s eventual publication and is thus a seemingly worthy contender. His case, however, is weakened by the fact that he may never have been knighted. The same goes for Thomas Mallory of Hutten Conyers. Most likely, the Thomas Malory who most likely wrote Le Morte D’Arthur is Sir Thomas Malory of Newbold Revel.

While this particular Sir Thomas Malory seems most likely to have compiled the Arthur legend, ironically, he also seems to be the Malory least in touch with the chivalric tradition Arthurian tales helped to underpin. Despite being knighted and elected to Parliament, Malory had numerous stints in prison throughout his life. That, in and of itself, is not such a damning fact. After all, Voltaire wrote his first major work in a cell in the Bastille.

Unlike Voltaire, however, Mal 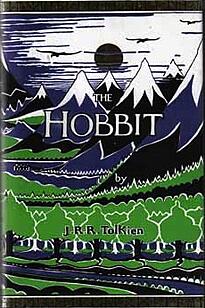 ory’s jail time was more often for theft, rape, and kidnapping than for flying in the face of the censors. His embroilment in the War of the Roses (in which he would ultimately switch from the Yorkist to the Lancastrian camp) was, naturally, of little help in keeping him un-imprisoned. Rather, his transgressions shifted from the petty to the politically-motivated, going so far as to include a conspiracy to depose King Edward IV. So frequent a guest in the British penal system was he that a frequently cited argument for his being Le Morte D’Arthur’s compiler involves the fact that, of all the ‘Thomas Malorys,' he spent time in the prison with the best library.

The question of whether Malory meant the content of Le Morte D’Arthur as a political allegory, with its meandering depiction of Camelot’s political and social decay, seems to take on a new dimension when one considers his copious jail-time. One’s ultimate conclusion there, though, seems immaterial. The content of the myths has taken on a cultural force and meaning (itself often political; see: the Kennedy administration’s moniker) that stands elevated from the context of its creation and their compiler. Given the life that Sir Thomas Malory led, the latter fact is almost certainly for the best.