Six Spot-On Predictions About the Future From Isaac Asimov

The name Isaac Asimov is practically synonymous with science fiction. Throughout the course of his extraordinarily prolific career, the Boston University-based biochemist wrote and edited hundreds of novels and short story collections as well as an innumerable amount of letters. With such a background as his—and his finger on the pulse of so many scientific ideas in his day—it makes sense that Asimov would be a thought-leader. But how close did he come to predicting some of our modern day staples? It's almost unbelievable. 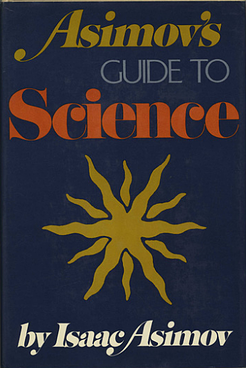 Asimov was, and is, considered one of the big three of science fiction along with Arthur C. Clark and Robert A. Heinlein. Though most remembered for his contributions to the genre of speculative fiction, Asimov also published young adult fiction as well as books on such subjects as astronomy, biology, math, and religion. And, he dabbled in writing biographies. Asimov is perhaps best known for his Foundation series, with the character of Hari Seldon taking center stage. Likewise, his short story collections, I, Robot, and The Bicentennial Man and Other Stories are both incredibly popular. They were adapted into movies, the former in 2004 starring Will Smith and the latter in 1999 starring Robin Williams.

In his I, Robot collection, Asimov introduced the Three Laws of Robotics which has become a genre staple and governs the rules of robots in both science fiction literature and movies alike.

Asimov was a frequent contributor to magazines and journals, writing on a variety of topics within his varied areas of expertise. Two such articles provide a fascinating look at Asimov's predictions of the future and an illustration of how often science fiction writers are on the cutting edge of technological advancement.

In a 1989 article for Special Reports Magazine—a publication for computer hobbyists before the advent of the internet—Asimov predicts many of the websites and media sources that are so important to how people today interact and receive information. This essay was later collected in Asimov's book Robot Visions. Similarly, in an article written for The New York Times on August 16, 1964 and titled "Visit to the World's Fair of 2014", Asimov offers a glimpse into his thoughts on the future of appliances and technology. Below are excerpts from each article, and while he did get some things wrong, these ideas further prove Asimov's uncanny insight.

"Wall screens will have replaced the ordinary set; but transparent cubes will be making their appearance in which three-dimensional viewing will be possible."

"The library is a clumsy tool. One must go there, borrowing is limited to a few volumes, and books must be returned in a short time. Clearly the solution is to move libraries into the home."

On Smart Phones and E-Readers

"Communications will become sight-sound and you will see as well as hear the person you telephone. The screen can be used not only to see the people you call but also for studying documents and photographs and reading passages from books."

"So many of us have a bit of a ham in us. We sing in the shower, take part in amateur theatrical productions, or love to swing along in parades. It is my guess that the 21st century may see a society in which one-third of the population will be engaged in entertaining the other two-thirds.”

"Gadgetry will continue to relieve mankind of tedious jobs. Kitchen units will be devised that will prepare "automeals," heating water and converting it to coffee; toasting bread; frying, poaching or scrambling eggs, grilling bacon, and so on. Breakfasts will be "ordered" the night before to be ready by a specified hour the next morning. Complete lunches and dinners, with the foodsemiprepared, will be stored in the freezer until ready for processing. I suspect, though, that even in 2014 it will still be advisable to have a small corner in the kitchen unit where the more individual meals can be prepared by hand, especially when company is coming."

"Robots will neither be common nor very good in 2014, but they will be in existence."