Sweet Home Chicago: A Literary Tour of the Windy City

Though often referred to as the Second City, Chicago is second to none in terms of its rich cultural heritage, iconic architecture, sports fandom, and inventive takes on comfort food staples like the pizza hotdog and the red hot. But The Windy City is also home to a literary tradition rivaled by very few cities across the country, with some of America’s most renowned writers calling Chicago their home. 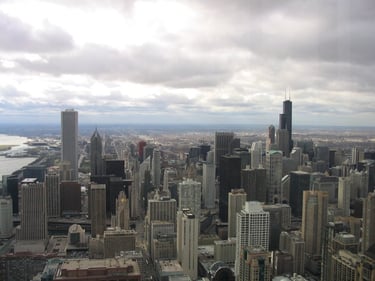 Chicago is a city of neighborhoods comprised of a myriad of cultures and ethnicities. For most of the 20th Century, the city was an engine of manufacturing and innovation. And from Prohibition through current day, Chicago’s political landscape has been one of the most scandal-laden among the nation’s large cities.

Toss these elements together and you get a burgeoning metropolis with the kind of frenetic energy necessary to produce great writing. While there are too many to name, here are just a handful of Chicago writers who, in the process of depicting their vision of the city, gave readers a peek at a much larger world.

Terkel’s Chicago is everyman’s Chicago. Most well-known for his oral histories of the city and intimate portraits of its lower and middle-class citizens, Terkel chronicled the seemingly ordinary people who made Chicago function day-in and day-out. Born and raised in neighborhoods across the city, Terkel is perhaps the finest documentarian of 20th Century Chicago.

A political liberal and well-respected local radio host, Terkel's most famous books include Working: People Talking About What They Do All Day and How They Feel About What They Do, a collection of interviews with workaday city dwellers and suburbanites, along with Division Street: America, which investigates the social, racial and cultural history of one of Chicago’s most storied thoroughfares.

Terkel was awarded numerous local and national honors for his work, including the Pulitzer Prize for his 1985 book, The Good War: An Oral History of World War Two. 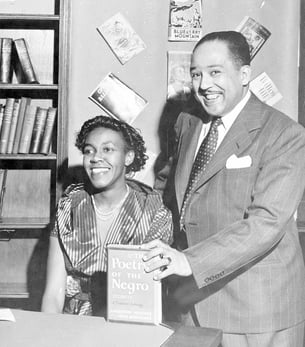 An advocate for the African American experience in Chicago, Brooks devoted poetry to the glory and grit of Bronzeville, a historically black neighborhood on the city’s South Side traversing South State Street along Lake Michigan. As reflected in Brooks’ poems, African American heritage is one of turbulence as the city grew and more immigrant cultures settled throughout the South and West Sides. Brooks moved to the city as a child and began publishing poems at age 17 about her adopted home in the Chicago Defender, a prominent African American newspaper.

Brooks’ poems centered on the plight of the inner city life, and this conflict is perhaps most apparent in her 1950 collection Annie Allen, which was awarded the Pulitzer Prize. Brooks was the recipient of a host of accolades for her portrayals of black Chicago, including the post of Poet Laureate of Illinois in 1968, a position which she held until her death in 2000.

Typified for his ‘down-on-your-luck’ stories that painted the grittier side of Chicago in the 1940s and 1950s, Nelson Algren experienced the breadth of Chicago identity when his family moved from the South Side to the North Side’s Albany Park neighborhood when he was just eight. While his South Side exposure was to that of a Jewish, working-class population, his time in the relatively more affluent Albany Park was one of isolation, as he failed to fit in with the neighborhood and its residents.

Algren’s most famous work is the 1959 novel The Man With the Golden Arm, which won the National Book Award for Fiction in 1950. The novel follows a boxer and drug addict through the seedy underbelly of Chicago’s illicit fighting circles in which Algren drew heavily from real-life accounts. Algren’s most scathing effort, Chicago: A City on the Make, was published a few years later in 1951 and shined a light on the city’s crooked political dealings and the debaucherous, corrupt lives of West Side residents in neighborhoods like Wicker Park and Humboldt Park.

Algren’s legacy lives on today with a short story competition held in his honor each year by The Chicago Tribune.

No city with a grand literary tradition would be complete without its share of dreamers and drifters, wistful adults and precocious adolescents who make the streets almost hum with their vitality and verve. Enter short story writer Stuart Dybek, whose award-winning collections include The Coast of Chicago (1990) and I Sailed with Magellan (2003). Dybek’s work is infused with sound and rhythm, qualities he picked up as a child as he immersed himself in jazz and rock music. His stories center on adolescent boys struggling to find their identity in blighted or recovering neighborhoods, and who seek refuge from the inevitability of adulthood in sandlots and the backseats of cars zipping up and down Lake Shore Drive.

Far from precious and always insightful, Dybek’s stories breathe possibility and open the window to a Chicago as seen through the eyes of the young and restless.

Everyone knows The House on Mango Street. Published in 1984, Sandra Cisneros’ breakout coming-of-age novel tells the story of Esperanza Cordero, a young Latina girl, and her journey growing up and navigating a neighborhood of Mexicans, Puerto Ricans, and others of Latin heritage. Cisneros’ novel explores themes of femininity, sexuality, identity, and the changing face of Chicago’s Latino population—themes Cisneros reimagines in her wildly successful short story collection, Women Hollering Creek and Other Stories.

Revered for the use of musicality in her prose, Cisneros’ work is often characterized by small vignettes, dramatic shifts in point-of-view, and other unconventional modes of narrative. On balance, much of The House on Mango Street and Women Hollering Creek are mosaics in a sense—tapestries of time, place, imagery and character—interwoven as if to represent the multi-ethnic childhood Cisneros experienced growing up in Chicago’s Humboldt Park, a melting pot of Hispanic and Latin American cultures.

*Be sure to check back soon for tours of other cities with strong literary traditions.*