It’s summer, and readers do what everyone else does when the weather’s nice — they go outside. But what book to pick? The answer isn't always straightforward. The spirit of summer may be a little more difficult to pin down than that of, say, Christmas. But we insist it's not hard to find the perfect book to enjoy on the beach, in your garden, or at a vacation home this season. Below, we’ve compiled some of our favorite summer reads to make your decision a whole lot easier.

The Mysteries of Pittsburgh by Michael Chabon 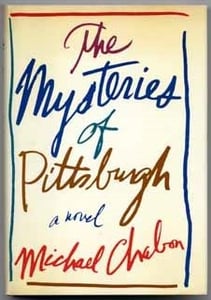 When asked what mood informed the creation of his debut novel, Michael Chabon said “fear.” As a master’s student, Chabon feared that his fellow classmates were writing more than he was. He began writing The Mysteries of Pittsburgh in his early 20s, and submitted the manuscript to earn his MFA at UC Irvine. Mysteries offers one of the most sensitive portraits of the modern post-graduate summer, when one finds one’s place in the real world, finds romance, and makes ample mistakes along the way. It’s a special period of one’s youth, one that is filled with contradictory mixings of both anxiety and insouciance. Chabon’s stellar manuscript earned the budding author a $250,000 advance, perhaps proving Chabon did not have much to fear in the first place.

Cat on a Hot Tin Roof by Tennessee Williams

While Williams’ legacy is most dependent on A Streetcar Named Desire, this Pulitzer Prize-winning play was the writer’s favorite. As one of America’s eminent Southern writers, Tennessee Williams was seemingly unable to write a play without casting heat in a starring role. Heat of all kinds makes an appearance — the heat of passion, of lust, of anger, and of course, the very literal heat from the Southern sun that descends upon the backs of the characters. This play of an eroding Mississippi family, through all their lies and repressed feelings, is sure to make you sweat.

Treatyse of Fysshynge wyth an Angle by Juliana Berners 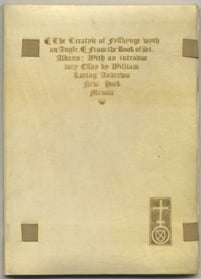 Treatyse proves that the best ways to pass summer days have been known for centuries. Written in the 13th century by prioress Juliana Berners, Treatyse is the oldest known fishing guide in the English language. Although its length is short, it cannot be said to lack comprehension. In a few dozen pages, Berners instructs you to become a fully successful fisherman. She outlines separate strategies for catching each species, discusses the best time of day to fish, and even teaches the reader how to build her own rod from a branch. It is hard not to agree with Berners as she concludes her book with her philosophy of fishing, one that extols it as the most gentleman-like of all hobbies.

The Old Man and the Sea by Ernest Hemingway

As a fishing book, Hemingway’s remarkable novella doesn’t exactly have the cheeriness of a hobbyist’s resource. It introduces an aged Cuban fisherman, Santiago, and his great fight against a marlin. Prior to setting far out into the Gulf of Mexico, Santiago had gone eighty-four days without catching a fish. Then, on the eighty-fifth day, his luck changes as he hooks a massive marlin. Unable to reel the behemoth in, Santiago spends an exhausting and delirious two days fighting the fish. Santiago ends up having a great reverence for his defeated adversary, but soon after sharks begin to be attracted to the marlin. The fisherman succeeds in fighting many off, but cannot prevent coming to shore with naught but a fish’s skeleton, useless proof of his grand catch. It is a great tale of the struggle between humanity and nature, and our redemptive triumph over the universe. 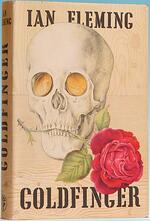 There’s something about the summer that makes us especially desirous of excitement. It’s the season of blockbusters, of big plots and stories. What better way to satisfy this summertime taste than with the excitement of James Bond? Fleming himself preferred to write the stories at Goldfinger, his estate in the Bahamas. We recommend enjoying his books as he might have written them — under the sun, and with a chilled cocktail nearby.

Leaves of Grass by Walt Whitman 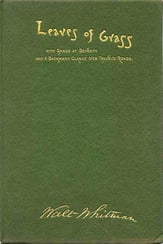 A classic is a classic, which means that time, let alone seasons, ought to have no effect on its enjoyment. However, Whitman’s masterpiece has a special resonance in the summer. It’s the time when life is as abundant as the poet’s exuberance. You can see it in the trees, the animals, the streets, the cities, the people, as if the world has become its own Whitmanian catalog. Summer is life at its apotheosis, and is thus the season of Walt Whitman, the poet of life at its most sublime. No matter how old, there’s a lot Leaves of Grass can teach you about living summer to its fullest.

Huckleberry Finn is the first great book of the American road trip, that is, if you replace the road with the Mississippi River. Whether your mode of travel is a Cadillac or a raft, the principles are the same. To many American writers, the road itself is the place of experience. The destination matters far less than the journey. Huckleberry Finn is a fourteen year old boy from Missouri. He escapes from his alcoholic father and travels down river along with a runaway slave, Jim. Along the way, he and his companions lie, swindle, and con their way through a landscape of hostility and suspicion. It’s a comic and adventurous romp through antebellum America, and one that's sure to enrich any summer.

The Jungle Book by Rudyard Kipling 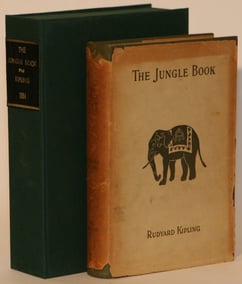 Rudyard Kipling understood the formative power summers have on one’s childhood. It’s the time when children are out of the classroom, out of doors, free to play and build memories for an eternity. Still, the process of raising the child does not stop. Kipling’s Jungle Book captivates a child’s sense of play and need for instruction, and has been doing so for over one hundred years. With early editions containing illustrations by Kipling’s father, and evidence that it was written for his late daughter, the book is a thoroughly familial story. Its guidance and lessons have even been adopted by the Cub Scouts. The Jungle Book is the perfect story to continue the upbringing of adventurous and playful children everywhere. 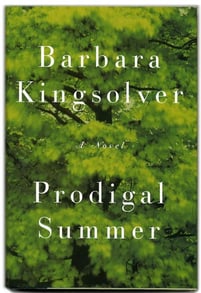 Kingsolver, along with a few other authors, is one of today’s most indispensable writers of the ecological in fiction. A book like hers could not have been set in any other season. Prodigal Summer is composed of three interweaving stories, each with its own dynamics of intimacy, love, and separation. Kingsolver expertly brings to life the natural in her prose. Her characters are never distant, either physically or intellectually, from the ecological world they inhabit. Their discussions between each other frequently incorporate matters environmental. They talk about the ethics of pesticides, question the growing of tobacco, and the necessity of predators in an ecosystem. Kingsolver’s language sparkles under her subject. There's a character who “learned to tell time with her skin, as morning turned to afternoon and the mountain's breath began to bear gently on the back of her neck.” All of us could benefit from reconnecting with nature, and this book is sure to help us begin.

There’s no sport, at least in America, that belongs to the summer like baseball. And there’s no book about baseball like Coover’s Universal Baseball Association. It’s the story of an accountant who conducts the entire season of a baseball league in his head, using dice to govern the next play. The book’s comic conceit is that when Mr. Waugh rolls a particular combination of dice, a star player is to be killed by a pitch. Then, he must decide whether to allow this regretful outcome to occur, or if he can stop the very game whose rules and conditions he invented. Baseball Association amusingly plays with the very concept of play itself, and suggests to us that our ability to enjoy has always been in our head.