Ten Things You Didn't Know About The Lord of the Rings

J.R.R. Tolkien’s The Lord of the Rings (1954, '55) stands today, more than fifty years after its initial publication, as one of the most popular and influential works of all time. Though Tolkien was dedicated to the notion that his sweeping, Beowulf-inspired epic was more akin to history than fantasy, it has effectively shaped the face of modern fantasy in both literature and film, seeping into the broader culture in ways that even Tolkien himself could hardly have foreseen. Here are ten surprising facts about The Lord of the Rings.

1.) The trilogy is actually just one novel. 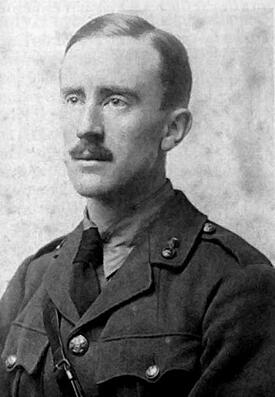 Tolkien’s publishers were forced to split up the multi-thousand page narrative due, in part, to post-war paper shortages. No doubt everyone who likes to travel with their books is glad they did.

2.) The masterpiece was the brainchild of old age.

When Tolkien was approached, following the success The Hobbit (1937) to write another narrative in the same universe, he warned publishers that he would have to write rather slowly (due to his professorial duties). To wit, the noted philologist began the work at age 45 and did not complete it until age 63.

3.) World War I had a profound impact on the story’s creation.

According to Tolkien, those who see the narrative as an allegory for World War II have got the wrong war. Many theorize that Frodo shows signs of post traumatic stress disorder, an affliction that was originally identified at the Battle of the Somme, in which Tolkien fought.

4.) WWI apparently had a profound impact on Gandalf in particular.

The wizard’s iconic exclamation, “You shall not pass,” is derived from the World War I battle cry “They shall not pass,” which was famously used at the Battle of Verdun and was later repurposed for propaganda posters and uniform badges.

5.) Though, World War II did help Tolkien kick-start his writing.

Mostly because Tolkien’s son Christopher was serving in the RAF in South Africa. The renowned myth-maker, having stalled in his work for about a year, found himself sending serialized fragments to Christopher as he wrote them, presumably to help keep up his son’s spirits.

6.) The Beatles were huge fans.

So much so that the Fab Four approached legendary director Stanley Kubrick about making an adaptation. The hypothetical film would have starred John Lennon as Gollum, Paul McCartney as Frodo, George Harrison as Gandalf, and Ringo Starr as Sam. Though Kubrick called Tolkien’s work ‘unfilmable,’ it was ultimately Tolkien himself who nixed the project, due in part to a bizarrely personal grudge against the Beatles (which may have involved a too-loud cover band that practiced near Tolkien’s home). 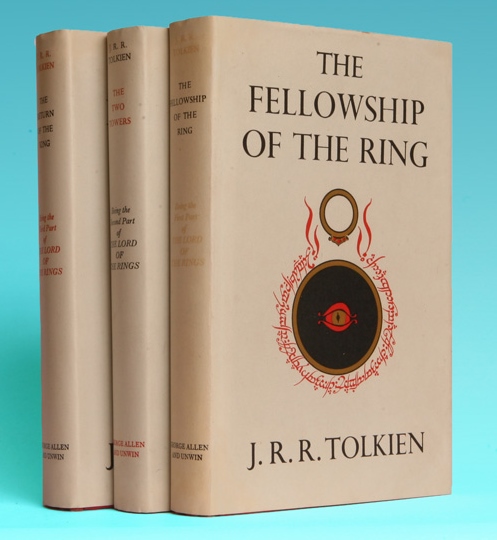 This extends not just to LOTR, but also to the entire universe of Middle Earth lore that Tolkien spent years working on. Not much to add to that one, but it certainly raises some questions about their weather pattern, seasons, etc.

8.) Tolkien was a little vague about the Eagles.

One of literature’s most beloved deus ex machinas is the climactic moment in which the Eagles save Frodo and Sam from an exploding Mount Doom. Every Lord of the Rings fan, however, has wondered at some point why said Eagles didn’t just take the One Ring to Mordor to begin with. While Tolkien was in the habit of answering fan mail with real information about Middle Earth, when it came to the Eagles he would only note that they were “a separate race” with their own set of worldly concerns. Not the most convincing answer.

9.) All mountains on Titan must be named for those in Middle Earth.

It shouldn’t be a huge surprise that astronomers are, on balance, big Tolkien fans. To date, Saturn’s largest moon has mountains named for the Misty Mountains, Mount Doom, and others.

10.) Ents were a potshot at Shakespeare.

Tolkien was, apparently, a little disappointed with the ending of Shakespeare’s Macbeth (1611). He felt that the moving forest (which proves to be an army in elaborate tree-camouflage) should have been a real moving forest. So, he wrote one himself, creating Fangorn Forest and populating it with gentle but mobile tree-herders known as Ents.