The Best of Elie Wiesel

Throughout his career, Nobel laureate, professor, and activist Elie Wiesel published an astonishing fifty-seven books, including his best known work, Night, a memoir of his experiences as a Holocaust survivor. Through his teaching and activism, he was instrumental in the creation of the United States Holocaust Memorial Museum in Washington DC. He taught at numerous distinguished universities throughout his career as a professor, including at Boston University where The Elie Wiesel Center for Jewish Studies was established in his honor. Wiesel dedicated his life to speaking out against the suppression of minorities, speaking out against such injustices as apartheid in South Africa, the Armenian genocide and its subsequent suppression, Bosnian genocide in the former country of Yugoslavia, the humanitarian crisis in Darfur, and the persecution of the Tamil people in Sri Lanka. He famously said in his Nobel Prize Acceptance speech that “Silence encourages the tormentor, never the tormented. Sometimes we must interfere. When human lives are endangered, when human dignity is in jeopardy, national borders and sensitivities become irrelevant.” The following passages from some of his most powerful works represent his lifelong dedication to Jewish people and all of humanity:

For the survivor who chooses to testify, it is clear: his duty is to bear witness for the dead and for the living. He has no right to deprive future generations of a past that belongs to our collective memory. To forget would be not only dangerous but offensive; to forget the dead would be akin to killing them a second time. – Night

Even in darkness it is possible to create light and encourage compassion. That it is possible to feel free inside a prison. That even in exile, friendship exists and can become an anchor. That one instant before dying, man is still immortal. – Open Heart 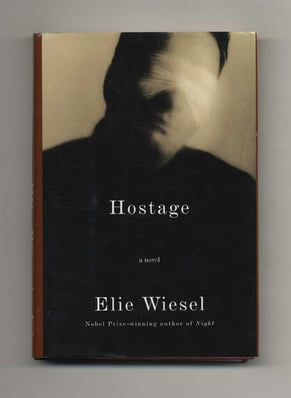 The individual is not a cog in a monstrous machine; it is within his power to modify the very laws which imprison him and the very relationship maintained by the Judge with the accused and witnesses. If it is true, as the Baal Shem says, that it is possible for man to hide the light of dawn emanating from the forest simply by shielding his eyes with his hands, still it is no less true that he can rediscover it by merely moving his hands. – Souls on Fire

“Only memory matters. Mine sometimes overflows. Because it harbours my father's memories, too, since his mind has become a sieve. No, not a sieve: an autumn leaf, dried, torn. No, a phantom which I see only at midnight. I know: one cannot see a memory. But I can. I see it as the shadow of a shadow which constantly withdraws and turns inward. I hardly glimpse it, and it vanishes in the abyss. – The Forgotten

And I realize that my fear has left me. Not a trace of panic any more. I don’t have to save the little girl with the golden hair, she’s already dead. The anguish oppressing me for months lifts. I feel strangely relieved. And liberated. – The Testament

I swore never to be silent whenever human beings endure suffering and humiliation. We must take sides. Neutrality helps the oppressor, never the victim. Silence encourages the tormentor, never the tormented. Sometimes we must interfere. When human lies are endangered, when human dignity is in jeopardy, national borders and sensitivities become irrelevant. Whenever men and women are prosecuted because of their race, religion, or political views, that place must--at that moment--become the center of the universe. – Excerpt from Nobel Prize Acceptance Speech 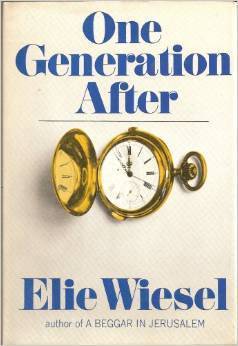 I believe it was Jean Améry who noted that the first to bow to the oppressor’s system and to adopt its doctrines and methods were the intellectuals. But not all of them. Not the rabbis and priests, who, after all, were intellectuals too. With a single exception, no rabbi agreed to become a kapo. All refused to barter their own survival by becoming tools of the hangman. All preferred to die rather than serve death. The lessons of the prophets and the sages became shields for them. – All Rivers Run to the Sea