The Politics of Exhuming Pablo Neruda

In 1973, Augusto Pinochet seized power in Chile, installing himself as leader in one of the longest-running dictatorships in modern history. Given Pablo Neruda’s powerful voice as a leftist poet, he was targeted by the Pinochet regime. Indeed, Pinochet sent soldiers to destroy Neruda’s library at La Chascona, his home in Santiago. Neruda died just twelve days after the coup. While many Chileans and others worldwide knew that Neruda had been diagnosed with prostate cancer, the timing of his death led to questions about whether he actually had been a victim of the Pinochet regime. As a result, nearly forty years later, plans were made to exhume Neruda and to reexamine his cause of death—not once, but twice.

The coup d’etat that brought Pinochet to power wasn’t the first instance in which Pablo Neruda endured the rise of a brutal and dictatorial regime. Years prior, the poet witnessed the rise of fascism in the early moments of the Spanish Civil War, and he remained in exile from his own country for many years after World War II until the election of Salvador Allende in 1952. By the time Neruda was awarded the Nobel Prize in 1971, his health had begun to deteriorate. Yet at the moment of his death on September 23, 1973, supporters of the poet began to suspect that Neruda might have been poisoned by the Pinochet regime in an attempt to eradicate his leftist politics from the tyrannical government controlling the country. 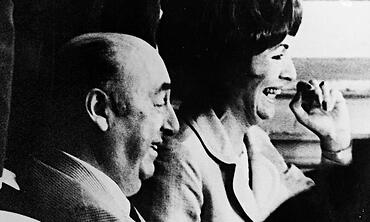 Pinochet remained in power until 1998. While decades had passed since Neruda’s death, questions remained as to whether the poet had, in fact, died of natural causes. An additional fifteen years would pass before officials took action on allegations surrounding Neruda’s demise.

The poet’s former driver alleged that Neruda, while receiving cancer treatment at the Santa Maria Hospital in Chile, was injected with poison—the real cause of death. He emphasized that, after a day of treatment, Neruda complained about a stomach injection that was causing him pain. The driver also reported that a suspicious second doctor had been present at the hospital when Neruda was poisoned. Investigators identified that doctor as “an American named Michael Townley, who was an assassin for Chilean dictator Augusto Pinochet and a rumored CIA double agent,” according to a report from NPR. 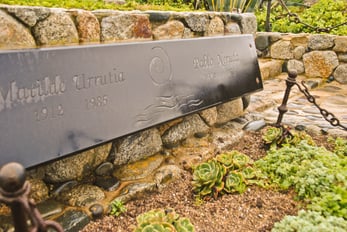 Thus, Neruda’s body was exhumed for further testing. After reexamining the poet’s remains, officials announced that he had, in fact, died of prostate cancer. Patricio Bustos, the director of the Justice Ministry’s Legal Medical Service, made the following statement: “Each of several examinations revealed the presence of metastatic lesions scattered throughout several segments of the skeleton, corresponding to the disease for which Mr. Pablo Neruda was being treated.” Further, Bustos confirmed that the toxicology reports were consistent with cancer treatments and showed no signs of an assassin’s poison.

A Second Re-Exhumation and Reexamination of the Poet’s Remains

After the 2013 exhumation, Neruda’s family members indicated that the case remained open despite the official findings. Earlier this year, newspapers across the world reported that the poet’s body would be exhumed again for officials to administer further tests to determine whether Neruda was poisoned by the Pinochet regime. Reports from the BBC indicate that new forensic tests “will be looking for inorganic or heavy metals to try to determine a direct or indirect cause of death.”

Neruda is buried next to his wife, Matilde Urrutia, at their home in Isla Negra, Chile. Whether the additional tests reveal new information about his death remains to be seen. In the meantime, you might begin your own exploration into the life of the poet by reading some of his poetry and prose.