The Princess Bride Back in the News

Cult classic, The Princess Bride, is back in the news. Today—over forty years after the book was published and 27 years after the movie was released—star Cary Elwes has released his first-hand account of the making of the film. Titled, As You Wish: Inconceivable Tales from the Making of The Princess Bride, Elwes shares behind-the-scenes anecdotes and photographs. When asked if it was as much fun to make the film as it looked, Elwes responded, “It was more fun than it looked.” 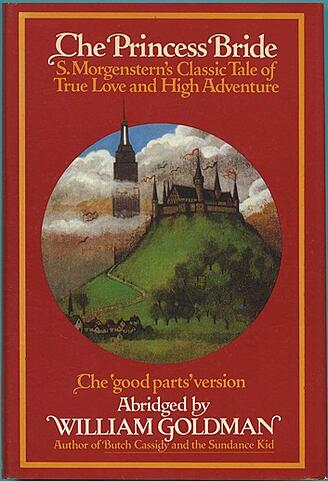 Elwes’ book was inspired by the 2012 cast reunion for the 25th anniversary of the movie. The cast was asked to share their favorite memories from making the film and Elwes realized “I wanted to share all of those fond memories with fans before my memory starts to fail me.” In addition to Elwes’ recollections, the book includes interviews with director Rob Reiner, author and screenwriter William Goldman, and co-stars Robin Wright, Wallace Shawn, Billy Crystal, and more.

The 1987 film was adapted from William Goldman’s 1973 novel by the same name. Goldman first thought of the tale when telling stories to his daughters—one wanted a story about princesses, and the other about brides. On writing the novel, he said, “Tennessee Williams says there are three or four days when you are writing a play that the piece opens itself to you, and the good parts of the play are all from those days. Well, The Princess Bride opened itself to me. I never had a writing experience like it.”

The movie was only a modest success until it was released on video. Then, it became a sensation. Quotes from the film soon made their way into pop culture. When Elwes met Bill Clinton, Clinton told him that he had seen the movie over 100 times and “knew every line.” A few of the movie's most popular quotes are “My name is Inigo Montoya. You killed my father. Prepare to die.” and “As you wish.”

Do you have a favorite line from The Princess Bride? Post it in our comments section below--we'd love to hear it.