The War that Inspired A Separate Peace

Author John Knowles was born in West Virginia in 1926 to a well-off family. His family's comfortable living allowed him to go the private preparatory school, Phillips Exeter Academy. Upon graduation, he served for two years in the United States Army Air Force during World War II. He attended Yale University after his service ended and while there, wrote humor stories for The Yale Record. He also worked on the Yale Daily News. He continued his journalism after school with a job at the Hartford Courant and eventually as assistant editor at Holiday. It wasn't until prompted by friend and Pulitzer Prize winning author and playwright Thornton Wilder that he turned his attention seriously toward novels. 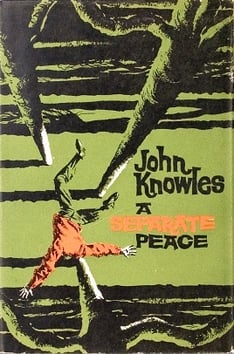 Knowles' first novel, A Separate Peace, was published in 1959. Having failed to find an American publisher, Knowles reached out to companies in England, finding success with London-based publisher Secker & Warburg. Set in a preparatory academy, the novel focuses on Gene, a young man who shared a close but jealous friendship with the popular and athletic Finny.

In the book, Gene returns to two locations at Devon Academy that hold unpleasant emotional significance for him: the tree where he made a rash decision to shake a branch, causing Finny to fall, break his leg, and subsequently lose any hopes he had of making a career of sports, and a marble staircase that Finny later fell down after the truth of the accident came out which resulted in the need for a surgery during which he died of complications.

The novel was an immediate hit. The best seller went on to become a finalist for the National Book Award as well as the first ever winner of the William Faulkner Foundation Award. It is considered one of the great American novels and is taught in high school classrooms among other such coming-of-age classics as Lord of the Flies by William Golding and The Catcher in the Rye by J.D. Salinger. Part of what makes A Separate Peace so compelling is the time in which it takes place. 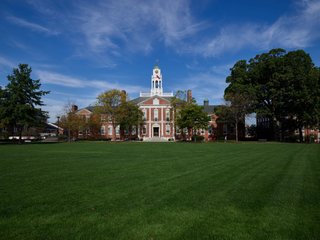 The boys at Devon Academy are enjoying a relaxing summer semester during which they have more freedom from schoolwork and more time to spend with each other. But looming ahead of them is graduation and enlistment into service in World War II, the ultimate goal towards which their particular preparatory school is readying them. It is this particular juxtaposition of the fun of an adolescent summer and the realities of a grown up war that inspired Knowles.

Devon is a fictionalized version of the school Knowles himself attended, Phillips Exeter Academy. Knowles said that besides the guilt and jealousy that play such a large part in the novel, all the other feelings of camaraderie, friendly competition, and an unspoken fear of the war waiting for them outside the walls of the school were part of his own summer session experience. The character Brinker specifically is said to have been inspired by schoolmate and fellow writer, Gore Vidal.

Knowles wrote numerous other novels throughout the course of his career before passing away in 2001, but none of them came close to the success of his first novel. Knowles returned to Devon Academy in 1981 with his novel Peace Breaks Out, which is his only other novel still in print today. He bore no ill will to the lack of buzz and success of his subsequent novels though, instead expressing gratitude that one of his books was so well-loved that he could afford to live on that and make a career of writing alone when many other writers were not so lucky.