Former President Richard Nixon has the unique distinction of being the only president in the history of the United States government to resign from office. Known for his involvement in the Vietnam War as well as the Watergate Scandal, Nixon's political legacy is one of the more controversial moments in 20th century American history. Today we take a closer look at Nixon's presidency as well as some of the books written in his post-presidential career as a best-selling author, which detail this complicated man's place in the fabric of the country and the political views that led him to both his successes and failures during his career.

Nixon's Road to the Presidency and Presidential Work 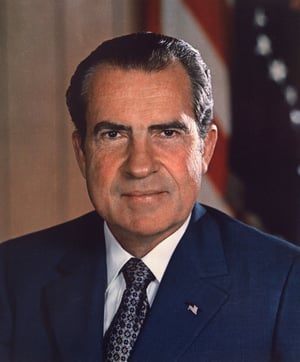 Richard Nixon serve as the 37th president of the United States and was in office from January 1969 to August of 1974. During World War II, Nixon served as an active member of the Navy Reserve and entered into the world of politics upon his return. Nixon served as both senator and representative for the state of California, running on a strict anti-communist platform.

In 1952 he began his the first of his two terms as vice president to Dwight D. Eisenhower, becoming the second youngest vice president ever to hold office in the United States. He ran an unsuccessful campaign for president against John F. Kennedy following the end of his second term as well as a failed run at California governor.

He ran for president again in 1969 and this time was successful. He was inaugurated as president in 1969. He is known for ending American involvement in the Vietnam War, initiating the War on Cancer, putting an end to the draft program, enforcing desegregation in schools, and establishing the Environmental Protection Agency. While his victory in winning a second term is one of the greatest landslides in American presidential history, he quickly lost most of his political support as the details of the Watergate Scandal were made public.

Post-Presidency Success as a Writer

Facing impeachment, Nixon resigned from the office of president and received a pardon from President Gerald Ford, a move which was extremely controversial at the time. After the end of his political career, Nixon returned to California where he suffered a long bout of illness. He attempted to return to public life but faced a drain on personal resources and shunning by many notable figures and diplomats, though Margaret Thatcher was a notable exception.

He was disbarred in 1976 and presented no case in his defense. Cut off from his former career, Nixon turned his attention to writing and speaking engagements. He proved to be very successful at both. During his writing career, Nixon published ten books about his life and politics. The books were often met with controversy due to his unpopularity with many Americans on both sides of the partisan line at the time, but many were well received and achieved best seller status. 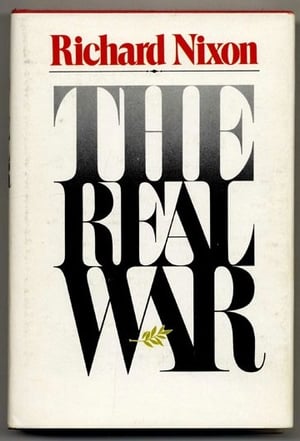 Published in 1980, Nixon's The Real War was an immediate best-seller and cemented his place as a successful political author. The book presents a historical view of the place of communism in the world and argues that any successful political strategy should focus on what he saw as the true threat to American Democracy: Soviet politics and policy. Nixon posits that World War III has essentially been secretly underway for years and that the only way to protect American interests globally, as well as to prevent a global annihilation event, is to foil Russian interference and political gains wherever they arise.

While many saw the book as a comprehensive and thorough look at an anti-communist stance that Nixon had long held, other critics viewed The Real War as a short sighted, poorly-researched farce.

Today, opinions on the book are still polarizing. Some view the book as a reminder that current events regarding Russia have been building for years, while others view it as embodying many controversial views of the alt-right. Regardless of political views, this work is considered to be an important work of political writing by a former president with strong, lifelong anti-Soviet policies.

In 1982, Nixon published Leaders: Profiles and Reminiscences of Men Who Have Shaped the Modern World. Met with much less controversy than The Real War, Leaders details the policies of various post-World War II leaders Nixon encountered through his terms as both vice president and president of the United States, as well as Nixon's own perceptions on their character and politics. Both an intriguing look at the men behind the post-war policies that shaped the modern world and global political climate and in interesting look at Nixon's interactions with those politicians, Leaders is a good addition to anyone looking to collect books by the former president.