Today, we are continuing our bookish road trip through the United States by taking a look at Arkansas. The books we've chosen to highlight for our examination of this southern state were picked either for the author's Arkansas connection or because they're set in Arkansas. Arkansas is split between the Ozarks and the Gulf Coastal plain and is known for it's unique and varied landscapes as well as being home to some notable political leaders. Let's take a look at four books that make up some of the literature of Arkansas.

I Know Why the Caged Bird Sings by Maya Angelou 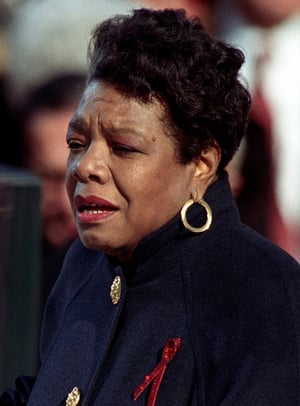 Maya Angelou is arguably the most important writer to come out of Arkansas. The first of seven autobiographies, I Know Why the Caged Bird Sings, is a triumph of both emotion and language. The book tells the story of Angelou's difficult childhood dealing with racism, sexism, and sexual assault. For Angelou, Arkansas was where she was sent after the dissolution of her parent's marriage and where she dealt with racism during her early life.

Angelou's writing details small town Arkansas life, as well as her experiences in St. Louis and California, and merits inclusion on this list due to her dedication to beautiful language and communicating to her readers the beating heart of her experiences.

"What sets one Southern town apart from another, or from a Northern town or hamlet, or city high-rise. The answer must be the experience shared between the unknowing majority (it) and the knowing minority (you). All of childhood's unanswered questions must finally be passed back to the town and answered there. Heroes and bogey men, values and dislikes, are first encountered and labeled in that early environment. In later years they change faces, places and maybe races, tactics, intensities and goals, but beneath those penetrable masks they wear forever the stocking-capped faces of childhood."

Bury My Heart at Wounded Knee by Dee Brown 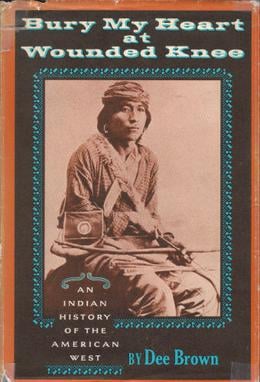 While the aspects of American history that Bury My Heart at Wounded Knee by Dee Brown details are certainly not the proudest moments of the country, the Arkansas native's impeccably researched account of the injustices and violence heaped upon Native Americans during the period of westward expansion certainly merits a place on the list of best Arkansas books. Published during a time when most Americans were only beginning to see white people's treatment of Native American's in a more truthful light, Brown's book was praised as an accurate and compelling account. Though the voice he embodies in the following quote is not his own, he and the Native American he channels share the Arkansas River, and a shared sense of home surely is representative of the empathy and compassion that led Brown to publish such a compelling article in a time when many people were not yet ready to hear the truths it contains.

"I was born upon the prairie, where the wind blew free and there was nothing to break the light of the sun. I was born where there are no enclosures and where everything drew a free breath. I want to die there and not within walls. I know every stream and every wood between the Rio Grande and the Arkansas. I have hunted and lived over that country. I lived like my fathers before me, and, like them, I lived happily."

A Painted House by John Grisham

John Grisham is one of the most popular writers today. He practically invented the legal thriller genre with his massive bestseller of a first book, The Firm, which was adapted into a hit movie starring Tom Cruise. Grisham publishes prolifically and often tops best seller lists. While he most often writes in his trademark genre, he has published one literary novel detailing a fictionalized account of his experiences growing up poor in rural Arkansas. Though A Painted House is not his most famous novel, but the book shows a heartfelt example of a life lived in The Natural State.

"The sky had cleared, and now the sun was overhead, already baking the wet ground so that you could see the humidity drifting lazily above the cotton stalks."

My Life by Bill Clinton

Former President Bill Clinton is perhaps the most famous and notable living Arkansas native. He rose to political fame in the 1970s as attorney general of Arkansas and later, its governor, before being elected as the 42nd President of the United States. While he has written many books, both while in service as president and after, the book that makes this list is My Life, which details Arkansas not just as the place where he grew up, but a place that had a formative influence on his life and personality.

"I learned a lot from the stories my uncle, aunts and grandparents told me: that no one is perfect but most people are good; that people can’t be judged by their worst or weakest moments; that harsh judgments can make hypocrites of us all; that a lot of life is just showing up and hanging on; that laughter is often the best, and sometimes the only response to pain. Perhaps most important, I learned that everyone has a story – of dreams and nightmares, hope and heartache, love and loss, courage and fear, sacrifice and selfishness. All my life I’ve been interested in other people’s stories. I wanted to know them, understand them, feel them. When I grew up into politics, I always felt the main point of my work was to people a chance to have better stories."

Stay tuned! Next month. we'll take a look at some of the amazing books that come from the great state of California.