Today we continue our Top Books by States series by talking a closer look at California. California is one of the most diverse states in the country, containing deserts, mountains, cities, beaches, and farmland all within its borders. It also serves as the heart of the American entertainment industry. California writers are just as diverse as their state. The books featured here are of a variety of genres, but what makes them some of the best and most representative of the state aren't just that their writers live in California, but that they all exemplify something of the beauty and spirit of the Golden State.

The Big Sleep by Raymond Chandler 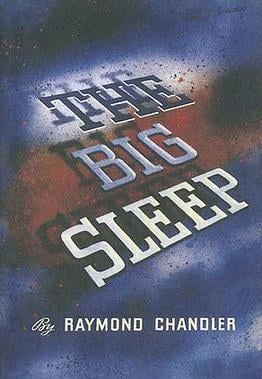 Raymond Chandler was born in Chicago and educated in England, but he spent the majority of his adult life in California, where he wrote detective fiction. He is credited with helping re-popularize the genre after what was considered a relatively dry period during which nobody was able to achieve the level of success and quality of another California writer, Dashiell Hammett.

Chandler's novels featuring hard-boiled detective Philip Marlowe were wildly popular, with The Big Sleep and The Long Goodbye drawing particular praise. They continue to serve as inspiration for detective novels today. The Big Sleep embodies the seediness and grittiness that was Los Angels in the 1940s: "It looked like a nice neighborhood to have a bad habit in". But also the beauty of the California coast: "Under the thinning fog the surf curled and creamed, almost without sound, like a thought trying to form itself on the edge of consciousness."

Slouching Towards Bethlehem by Joan Didion

Novelist and essayist Joan Didion was born in Sacramento, California in 1934. She received a BA in English from University of California Berkeley. For a time she worked for Vogue in New York where she met husband John Gregory Dunn, but she eventually relocated in California where she has remained ever since. Didion is best known for her novels, essays, and keen cultural criticism. Her first book of nonfiction, Slouching Towards Bethlehem, is a collection of essays about her life in California. She is also known for her books A Book of Common Prayer, Where I Was From, and The Year of Magical Thinking, which won the National Book Award for Nonfiction in 2005.  In Slouching Towards Bethlehem, Didion describes the weather of Los Angeles:

"It is hard for people who have not lived in Los Angeles to realize how radically the Santa Ana figures in the local imagination. The city burning is Los Angeles's deepest image of itself; Nathanael West perceived that, in The Day of the Locust; and at the time of the 1965 Watts riots what struck the imagination most indelibly were the fires. For days one could drive the Harbor Freeway and see the city on fire, just as we had always known it would be in the end. Los Angeles weather is the weather of catastrophe, of apocalypse, and, just as the reliably long and bitter winters of New England determine the way life is lived there, so the violence and the unpredictability of the Santa Ana affect the entire quality of life in Los Angeles, accentuate its impermanence, its unreliability. The wind shows us how close to the edge we are." 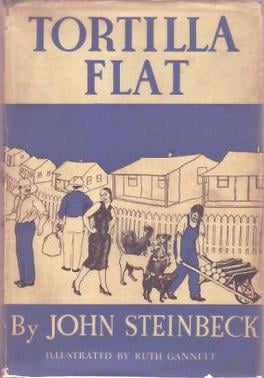 John Steinbeck, born in Salinas, California in 1902, is one of the most important and influential writers of the American literary canon. Steinbeck is best known for his works Tortilla Flat, Of Mice and Men, The Grapes of Wrath, and East of Eden, many of which have been adapted into film. He dedicated much of his career to what are known as his California stories, novels set in California during the Depression and the Dust Bowl.

Steinbeck was awarded both the Nobel Prize and the Pulitzer Prize, two of the highest honors in literature.  Tortilla Flat contains many descriptions of the beauty of California, but this quote shows the particular feeling of living life beside the ocean:

"Time is more complex near the sea than in any other place, for in addition to the circling of the sun and the turning of the seasons, the waves beat out the passage of time on the rocks and the tides rise and fall as a great clepsydra."

The Elements of San Joaquin by Gary Soto

California poet Gary Soto has published fifteen poetry collections as well as numerous books for children and young adults. His poems and many of his fictional works focus on the Mexican American experience and are influenced by his childhood working as a field hand in the sweeping fields of California. His awards include the Academy for American Poets Prize and the American Book Award. His New and selected poems was a finalist for the National Book Award. In The Elements of San Joaquin, he describes the harsh beauty of working in the fields:

After a day in the grape fields near Rolinda
A fine silt, washed by sweat,
Has settled into the lines
On my wrists and palms.
Already I am becoming the valley,
A soil that sprouts nothing.
For any of us.

Stay tuned next month as we explore some books from the great state of Colorado!