This month we are continuing our literary road trip through the United States by taking a look at some of the great books set in Colorado. Now there are many amazing writers that come from Colorado, but a surprising few of them set their books in their home state. While only one of the authors mentioned on this list hails from the Centennial State, all of them embody something of the beauty of Colorado. The western state is known for its amazing geographical features. Within its borders are mountains, plains, and deserts. In Colorado, you can experience the bustle of a busy city or the majestic isolation of a snowy mountain. There is history and beauty there, and the books on this list all showcase that, even if one of the selections may surprise you. Check out these books to see some of what makes Colorado so special.

On the Road by Jack Kerouac 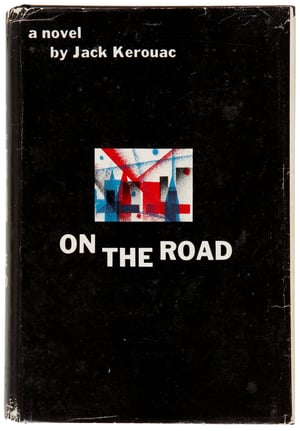 On the Road by beat-era darling Jack Kerouac is a book set all throughout America with chapters notably taking place in New York and California as well as all throughout the Midwest. But, parts of the novel also serve as a love song to Colorado: the mountains and big sky and Old West history that make it both intriguing and beautiful. There's a scene were Sal Paradise and Dean Moriarty are leaving Denver and heading toward California and the Colorado desert moves Sal to compare it to heaven:

As we passed the Colorado-Utah border I saw God in the sky in the form of huge gold sunburning clouds above the desert that seemed to point a finger at me and say, "Pass here and go on, you're on the road to heaven."

Plainsong and The Ties that Bind by Kent Haruf

Colorado author Kent Haruf set his two most famous books, Plainsong and The Ties that Bind in fictional Holt, Colorado. Both novels focus on the lives of small town, normal people, characters who would be your mother or your friend or your neighbor. Throughout Plainsong, which won the Mountains and Plains Booksellers Award and was a finalist for the National Book Award, are descriptions of the quiet beauty of the plains of Colorado:

Often in the morning they rode out along the tracks on Easter and took their lunch and once rode as we far as the little cemetery halfway to Norka where there was a stand of cottonwood trees with their leaves washing and turning in the wind, and they ate lunch there in the freckled shade of the trees and came back in the late afternoon with the sun sliding down behind them, making a single shadow of them and the horse together, the shadow out in front like a thin dark antic precursor of what they were about to become.

Likewise, here Haruf presents a view of wintertime in Colorado through the lens of horses:

The shaggy saddle horses, already winter-coated, stood with their backs to the wind, watching the two men in the corral, the horses’ tails blowing out, their breath snorted out in white plumes and carried away in tatters by the wind.

The Shining by Stephen King 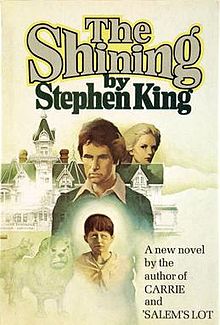 Stephen King's famous novel about a writer working as a caretaker in the sinister Overlook Hotel and slowly losing his mind might not seem like an immediate choice for books that represent the best of Colorado, but consider the location of the Overlook. King's infamous hotel is set deep in the mountains of Colorado, surrounded on all sides by snow and forest, miles and miles from major roads and cities. It exemplifies cold, winter, and solitude, which is of course what makes the caretaker position at the Overlook Hotel so demanding and lucrative. It also makes for a forbidding setting for a horror novel. But those things—the mountains, the snow, the forest, the ability to be almost completely isolated by the weather and location when other parts of Colorado, like Denver, seem so urban—is part of what makes Colorado stand out. Yes, there are metropolitan areas, but there are still places in the mountains and the woods where the country seems almost untouched. King describes the whistling cold winds of a Colorado winter several times:

He rolled in his bed, twisting the sheets, grappling with a problem years too big for him, awake in the night like a single sentinel on picket. And sometime after midnight, he slept, too, and then only the wind was awake, prying at the hotel and hooting in its gables under the bright gimlet gaze of the stars.

The wind sighed through the trees, and the fallen leaves rattled up the deserted walks and around the hubcaps of parked cars. It was a faint and sorrowful sound, and the boy thought that he might be the only one in Boulder awake enough to hear it.

He also describes the isolation of the solitary Overlook in the snow:

Flakes of snow swirled and danced across the porch. The Overlook faced it as it had for nearly three-quarters of a century, its darkened windows now bearded with snow, indifferent to the fact it was now cut off from the world… Inside its shell the three of them went about their early evening routine, like microbes trapped in the intestine of a monster.

Stay tuned! Next month we'll take a look at some of the amazing books that come from the great state of Connecticut!