Today we continue our literary tour of the United States by looking at some of the best books from Connecticut. This New England state is known for its beautiful coastal towns, charming cities and villages, and for being home to the illustrious Yale University. But Connecticut is more than just its collegiate connections. It is both rural and urban, coastal and pastoral. Some of the best Connecticut books hone in on these details that make the state stand out. Join us as we take a closer look at two books set in Connecticut that—through gorgeous detail—embody some of what makes The Constitution State special.

The Witch of Blackbird Pond by Elizabeth George Speare 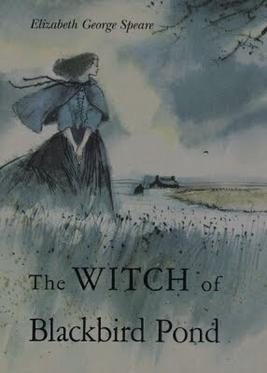 Elizabeth George Speare's 1958 young adult novel The Witch of Blackbird Pond earned a Newbery Medal for its gorgeous depiction of life in 17th century Connecticut. While not a Connecticut native herself, Speare still hailed from New England, specifically Massachusetts, and her familiarity with the area shines through in the book.

Many of the places mentioned in the novel, such as the eponymous Blackbird Pond, which has since been renamed Wethersfield Cove, and the Congregational Church, are actual places in Wethersfield.

The following passage showcases Speare's prose and details the unique experience of autumn in New England, the season for which the region is best known:

The maple tree in front of the doorstep burned like a gigantic red torch. The oaks along the roadway glowed yellow and bronze. The fields stretched like a carpet of jewels, emerald and topaz and garnet. Everywhere she walked the color shouted and sang around her. The dried brown leaves crackled beneath her feet and gave off a delicious smoky fragrance. No one had ever told her about autumn in New England. The excitement of it beat in her blood. Every morning she woke with a new confidence and buoyancy she could not explain. In October any wonderful unexpected thing might be possible. 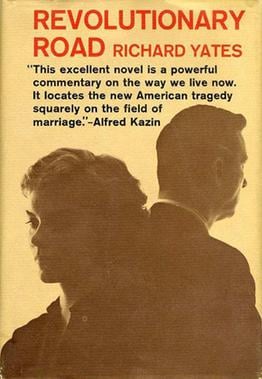 Richard Yates' 1961 novel of a suburban New England marriage, Revolutionary Road, was a finalist for the National Book Award and was adapted into a critically acclaimed film starring Kate Winslet and Leonardo DiCaprio. The novel is considered by many to be his greatest work.

Besides being impeccably written, the novel turns an unflinching eye toward the loneliness that can exist inside a marriage. Yates lived for a time in Connecticut and the following passage details an ideal view of life in New England for a an upper class, educated man in the 1960s as well as providing at atmospheric look at the eastern U.S.:

In the East, he then believed, a man went to college not for vocational training but in disciplined search for wisdom and beauty, and nobody over the age of twelve believed that those words were for sissies. In the East, wearing rumpled tweeds and flannels, he could have strolled for hours among ancient elms and clock towers, talking with his friends, and his friends would have been the cream of their generation. The girls of the East were marvelously slim and graceful; they moved with the authority of places like Bennington and Holyoke; they spoke intelligently in low, subtle voices, and they never giggled. On sharp winter evenings you could meet them for cocktails at the Biltmore and take them to the theater, and afterwards, warmed with brandy, they would come with you for a drive to a snowbound New England inn, where they’d slip happily into bed with you under an eiderdown quilt. In the East, when college was over, you could put off going seriously to work until you’d spent a few years in a book-lined bachelor flat, with intervals of European travel, and when you found your true vocation at last it was through a process of informed and unhurried selection; just as when you married at last it was to solemnize the last and best of your many long, sophisticated affairs.

Stay tuned next month as we explore some of the best books from the state of Delaware!