Our Top Books by State Series continues today with a closer look at some of the best books set in the state of Florida. The Sunshine State is one of the most popular tourist destinations in America with scores of visitors pouring into the numerous attractions from both the U.S. and around the world. Florida is known for its beaches, swampland, and amusement parks as well as for other interesting aspects such as the Kennedy Space Center and the string of islands off the coast that make up the Florida Keys. The southern state is a vibrant blend of cultures, including African, Caribbean, and Latin American. It's culture, tourism, and ecology make it well worth a trip. If you weren't able to make it to Florida this summer, these books represent some of that Florida experience. 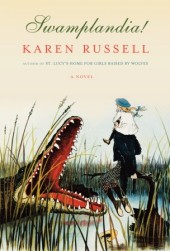 Karen Russell's 2011 novel tells the story of the Bigtree family struggling to keep their gator and swamp themed amusement park afloat while dealing with the loss of matriarch and star performer, Hilola.

In the following passage, we see some of the tourism Florida is known for but with a twist that ties it to the swampland. Russell incorporates some of the mystery and danger of Florida's swamps and native alligators along with hinting at some of the Native American cultural appropriation the white Bigtree family utilizes to add a sense of authority to their failing theme park.

My family, the Bigtree tribe of the Ten Thousand Islands, once lived on a hundred-acre island off the coast of southwest Florida, on the Gulf side of the Great Swamp. For many years, Swamplandia! was the Number One Gator-Themed Park and Swamp Café in the area. We leased an expensive billboard on the interstate, just south of Cape Coral: COME SEE "SETH," FANGSOME SEA SERPENT AND ANCIENT LIZARD OF DEATH!!! We called all our alligators Seth. (“Tradition is as important, kids,” Chief Bigtree liked to say, “as promotional materials are expensive.”) The billboard featured a ten-foot alligator, one of the Seths, hissing soundlessly. Its jaws gape to reveal the rosebud pink of a queen conch shell; its scales are a wet-looking black. We Bigtrees are kneeling around the primordial monster in reverse order of height: my father, the Chief; my grandfather, Sawtooth; my mother, Hilola; my older brother, Kiwi; my sister, Osceola; and finally, me. We are wearing Indian costumes on loan from our Bigtree Gift Shop: buckskin vests, cloth headbands, great blue heron feathers, great white heron feathers, chubby beads hanging off our foreheads and our hair in braids, gator “fang” necklaces.

Their Eyes Were Watching God by Zora Neale Hurston 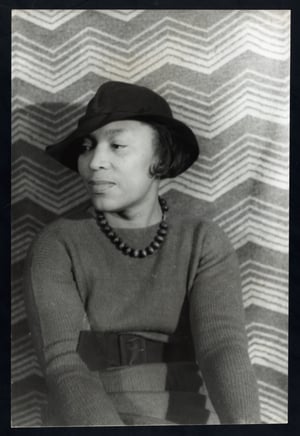 Zora Neale Hurston is one of America's most important writers, and Their Eyes Were Watching God is her best known work. The novel, primarily focusing on themes of marriage and gender, details the life of main character Janie and her marriages. One marriage takes place in the real city of Eatonville in Orange County. Eatonville was one of the first all-black municipalities in Florida at the time many white police officers refused to uphold law in black communities or protect black citizens.

Janie's husband Joe becomes mayor of the town, as did Hurston's own father during her childhood. The following passage describes the celebration of Joe's funeral in Eatonville.

Joe’s funeral was the finest thing Orange County had ever seen with Negro eyes. The motor hearse, the Cadillac and Buick carriages; Dr. Henderson there in his Lincoln; the hosts from far and wide. Then again the gold and red and purple, the gloat and glamour of the secret orders, each with its insinuations of power and glory undreamed of by the uninitiated. People on farm horses and mules; babies riding astride of brothers’ and sisters’ backs. The Elks band ranked at the church door and playing "Safe in the Arms of Jesus" with such a dominant drum rhythm that it could be stepped off smartly by the long line as it filed inside. The Little Emperor of the cross-roads was leaving Orange County as he had come – with the out-stretched hand of power.

Stay tuned next month as we explore some of the best books from the state of Georgia!