Today we continue our literary journey through the United State with our Top Books by State series. The next stop: Hawaii. Hawaii is one of very few states to have been a sovereign nation before statehood. While the U.S. had acknowledged Hawaii as an independent nation and had established treaties, the U.S. and European businessmen organized a coup to overthrow the Kamehameha monarchy. The U.S. government supported the coup, stating that military demonstrations in Hawaii and the queen's new constitution expanding her personal power were a threat to U.S. citizens; however, control of the sugar trade was a primary motivation. Hawaii existed as a republic until its incorporation into the United States in 1959. Since then, Hawaii has become a major tourist destination, sporting some of the most beautiful lands in the world. Home to many plants and animals unique to the islands, Hawaii is an important natural habitat and one ever changing and at risk from volcanoes and tourism-related expansions.

Though it's easy to think about Hawaii just in terms of beautiful beaches, it's important to recognize the vibrant culture of the Native Hawaiians, which persists today thanks to tireless efforts to preserve the culture in spite of what was lost with the monarchy.

While a majority of the most prominent novels about or from Hawaii (and therefore featured today) were not written by Native Hawaiians, it would be a mistake not to mention native writers and their contributions to Hawaiian literature.

For scholarship, folk tales and history, look to Mary Kawena Pukui. Poet and essayist Darlaine Mahealani Dudoit's work focuses on the Hawaiian experience and the journal she founded, Oiwi: A Native Hawaiian Journal, was created as a space to promote the literary Hawaiian voice. It's also important to note that Hawaii is the only state in the U.S. where Asian Americans make up the majority. For a look at the Asian American experience in Hawaii, turn to Lois-Ann Yamanaka and Milton Murayama. 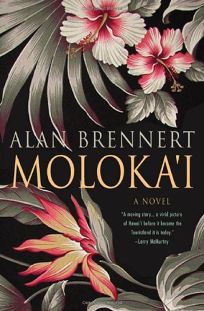 Noted screenwriter Alan Brennert's 2003 novel Moloka'i follows Rachel Kalama, a young girl who contracts leprosy and is forced to relocate to the Kalaupapa Leprosy Colony on the island of Moloka'i. The novel offers a look at some of the most important events in Hawaiian history. Rachel bears witness to the fall of the monarchy, the bombing of Pearl Harbor, World War II, and Hawaii's eventual statehood. While the novel itself is tragic, there are passages throughout that describe a Hawaii not yet impacted by American tourism.  The book itself serves a sort of love song for a Hawaii that no longer exists.

And sometimes she would dream again of being Namakaokahai'i, her waves rolling across burled coral beds, scattering moonlight, cresting higher and higher the farther she traveled over the reef. She was a colossus of water and motion soaring toward the black crescent of 'Awahuua Bay, her soul perched on the curling lip of the wave, riding it in the only way she could now; she felt the mana, the power in her waves, felt the rumble in her ocean depths...

Tales of the South Pacific by James A. Michener 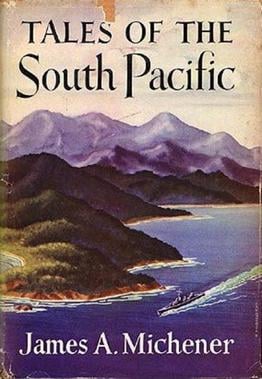 Perhaps the most well-known book about Hawaii is James A. Michener's classic, Tales of the South Pacific (which serves as the inspiration for legendary musical South Pacific). This collection of connected short stories follows soldiers' experiences of World War II on various islands throughout the Pacific Ocean.

While Hawaii is just one of the island settings of the book, which even contains fictitious islands and fictitious battles, the book captures both the beauty of the Pacific Ocean and the occasional mundanity of war.

Stay tuned next month as we explore some of the best books from the state of Idaho!