Today we continue our literary road trip by taking a closer look at some of the best books from the state of Idaho. This Pacific Northwest state is known for its impressive, mountainous beauty and its sweeping forests. In fact, approximately 38% of the state is actually owned and preserved by the United States Forest Service. Idaho is unique in that it shares natural characteristics with both the Pacific Northwest and geological features more associated with the American West. This beautiful state is known for its national park tourism, agriculture, mining, and rich Native American cultures. The books we're looking at today focus in on Idaho's incredible vistas. Come travel the Gem State as we continue with the next stop in our Top Books by State series:

Angle of Repose by Wallace Stegner 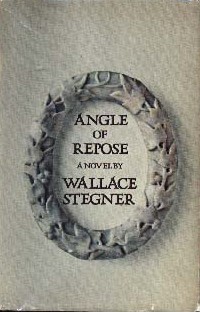 Wallace Stegner, known as The Dean of Western Writers, published Angle of Repose in 1971. It won the Pulitzer Prize for fiction in 1972. The novel fictionalizes the circumstances surrounding the real historical correspondences of Mary Hallock Foote, noted writer of novels and short stories that depicted mining life in the American West at the turn of the century. This intriguing blend of fiction and historical fact depicts life in Idaho both in modern times and in the past. The following passages depict some of the harsh beauty of the mountains of Idaho:

The mountains of the Great Divide are not, as everyone knows, born treeless, though we always think of them as above timberline with the eternal snows on their heads. They wade up through ancient forests and plunge into canyons tangled up with water-courses and pause in little gem-like valleys and march attended by loud winds across the high plateaus, but all such incidents of the lower world they leave behind them when they begin to strip for the skies: like the Holy Ones of old, they go up alone and barren of all circumstance to meet their transfiguration.

Under the rough and ridiculous circumstances of life in the Rocky Mountains there was something exciting and vital, full of rude poetry: the heartbeat of the West as it fought its way upward toward civilization 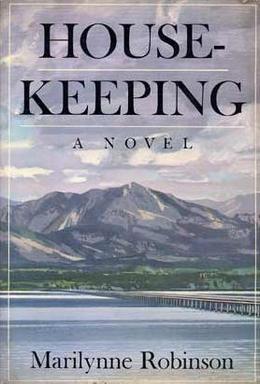 Marilynne Robinson's 1980 novel Housekeeping was a finalist for the Pulitzer Prize and recipient of the PEN/Hemingway Award for Best First Novel. Housekeeping tells the story of two sisters being raised in the fictional town of Fingerbone, Idaho, loosely based on Robinson's real hometown of Sandpoint, Idaho. Told in the narrative style of transcendentalist author Ralph Waldo Emerson's transparent eyeball, Housekeeping offers beautiful depictions of the wide view of the Idaho sky at night, which is one of the most compelling sights of American West:

It was a dark and clouded night, but the tracks led to the lake like a broad path. Sylvie walked in front of me. We stepped on every other tie, although that made our stride uncomfortably long, because stepping on every tie made it uncomfortably short. But it was easy enough. I followed after Sylvie with slow, long, dancer's steps, and above us the stars, dim as dust in their Babylonian multitudes, pulled through the dark along the whorls of an enormous vortex--for that is what it is, I have seen it in pictures--were invisible, and the moon was long down. I could barely see Sylvie. I could barely see where I put my feet. Perhaps it was only the certainty that she was in front of me, and that I need only put my foot directly before me, that made me think I saw anything at all.

And as we glided across the ice toward Fingerbone, we would become aware of the darkness, too close to us, like a presence in a dream. The comfortable yellow lights of the town were then the only comfort there was in the world, and there were not many of them. If every house in Fingerbone were to fall before our eyes, snuffing every light, the event would touch our senses as softly as a shifting among embers, and then the bitter darkness would step nearer.

Stay tuned! Next month. we'll take a look at some of the amazing books that come from the great state of Illinois!