Today we continue our Top Books by State series with a close look at some of the best books from Louisiana. Louisiana is an eclectic mix of small town, big city, and bayou, making it a popular destination for American and international tourists alike. Perhaps best known for its annual Mardi Gras festival, New Orleans is a vibrant mix of culture, reflected in its music, food, and people. Its Cajun and Creole cultures have their roots in French, African, and French Canadian cultures respectively and there is also an influence from Haitian immigration. Let's take a look at some of the best books to come from Louisiana:

Interview With the Vampire by Anne Rice 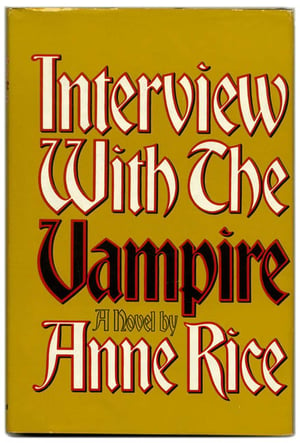 The first novel in Anne Rice's classic Vampire Chronicles series, Interview With the Vampire begins in New Orleans in the 1980's but explores the city as it existed before Louisiana was even a state. The main character Louis owns an indigo plantation which he later leaves for a townhouse, then eventually goes to Paris before returning to the city in the modern age. The following quotes reflect the unique timelessness of the city:

In the spring of 1988, I returned to New Orleans, and as soon as I smelled the air, I knew I was home. It was rich, almost sweet, like the scent of jasmine and roses around our old courtyard. I walked the streets, savoring that long lost perfume.

New Orleans, though beautiful and desperately alive, was desperately fragile. There was something forever savage and primitive there. Something that threatened the exotic and sophisticated life both from within and without. Not an inch of those wooden streets nor a brick of the crowded Spanish houses had not been bought from the fierce wilderness that forever surrounded the city, ready to engulf it. Hurricanes, floods, fevers, the plague, and the damp of the Louisiana climate itself worked tirelessly on every hewn plank or stone facade, so that New Orleans seemed at all times like a dream in the imagination of her striving populace, a dream held intact at every second by a tenacious though unconscious collective will.

Remarkable, if for nothing else, because of this, that all of those men and women who stayed for any reason left behind them some monument, some structure of marble and brick and stone that still stands; so that even when the gas lamps went out and the planes came in and the office buildings crowded the blocks of Canal Street, something irreducible of beauty and romance remained; not in every street perhaps, but in so many that the landscape is for me the landscape of those times always, and walking now in the starlit streets of the Quarter or the Garden District I am in those times again. I suppose that is the nature of the monument. Be it a small house or a mansion of Corinthian columns and wrought-iron lace. The monument does not say that this or that man walked here. No, that what he felt in one time in one spot continues. The moon that rose over New Orleans then still rises. As long as the monuments stand, it still rises. The feeling, at least here...and there...it remains the same.

Magic City by Yusef Komunyakaa
Pulitzer Prize-winning poet Yusef Komunyakaa often writes about his experience growing up as a black man in the south during the Civil Rights movement and often incorporates the rhythms of the jazz music born in New Orleans. His 1992 poetry collection, Magic City, details his childhood in Bogalusa, Louisiana which historically was both a Klan hub and a central location for the Civil Rights movement. The following poem “Mismatched Shoes” describes how his grandfather was forced to put aside his own culture and how later tried to reclaim some of it by taking on his grandfather's African name:

A tiger shark
Swims from the mother stream,
Away from danger
Or hunger, to an unknown
Planet orbiting a dreamer's head.
My grandfather came from Trinidad
Smuggled in like a sack of papaya
On a banana boat, to a preacher's
Bowl of gumbo & jambalaya, to jazz
The name Brown fitted him like trouble,
A plantation owner's breath
Clouding each filigreed letter.
He wore a boy's show
& a girl's shoe, with the taste
Of mango on his lips.
Gone was his true name,
& deep song of Shango
But for years it was whispered
Same as a poor man might touch
A lover's satin glove
From another life.
The island swelled in his throat
& calypso leapt into the air,
Only to be amputated
By the wind's white blade.
Yet, he could coo big, country women
& glide into an improvised
Jitterbug that tripped
Hearts. All-night blackjack
& moonshine in mill towns
Took him early. We had paid
Our death taxes, but my grandmother
Never stopped whispering his name.
I picked up those mismatched shoes
& slipped unto his skin. Komunyakaa.
His blues, African fruit on my tongue.

Stay tuned! Next month, we'll take a look at some of the amazing books that come from the great state of Maine!