Virginia is one of the oldest states in America, rich with history. This beautiful state features forests, mountains, beaches, national parks, islands, wild horses, lakes, and a surprisingly large quantity of presidential homes. Today we feature two vastly different books, one classic which celebrates the history and landscape of Virginia and another that sets the chilling subject of it’s tale there. Join us today as we continue our Top Books by State series by taking a closer look at books set Virginia: 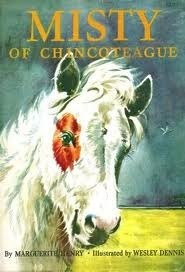 s literature classic set on the island of Chincoteague. This Newbery Honor book is based on the real-life story of a family attempting to raise a filly born to the wild horses that roam the island, ancestors of horses that swam to safety from the wreck of a Spanish galleon. The novel showcases the wildness and beauty of Virginia’s wild horses and of the unique landscape of the islands off the coast of Virginia.

The seasons came and went, and the ponies adopted the New World as their own. They learned how to take care of themselves. When summer came and with it the greenhead flies by day and the mosquitoes by night, they plunged into the sea, up to their necks in the cool surf. The sea was their friend. Once it had set them free. Now it protected them from their fiercest enemies.

Winter came and the grass yellowed and dried, but the ponies discovered that close to the roots it was still green and good to eat.

Even when a solid film of ice sealed the land, they did not go hungry. They broke through the ice with their hooves or went off to the woods to eat the myrtle leaves that stayed green all winter.

Snow was a new experience, too. They blew at it, making little snow flurries of their own. They tasted it. It melted on their tongues. Snow was good to drink!

If the Spaniards could have seen their ponies now, they would have been startled at their changed appearance. No longer were their coats sleek. They were as thick and shaggy as the coat of any sheep dog. This was a good thing. On bitter days, when they stood close-huddled for comfort, each pony could enjoy the added warmth of his neighbor’s coat as well as his own. 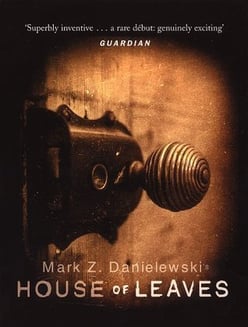 Centered around scholarship of a fictional documentary regarding a family living in a house that is bigger on the inside than the outside, House of Leaves is an oddly-constructed horror story is reminiscent of the labyrinthine house if features as the reader follows footnote after footnote, digging deeper into the text to excavate the story. The House of Leaves itself is set in Virginia, its old forests and mountains the perfect backdrop for the story that rewards the reader if they’re willing to follow the narrative through it’s unusually pieced together text. This is Mark Z. Danielewski’s first novel. His book Only Revolutions was nominated for the National Book Award.

I went outside. Tried taking in the billions of stars above, lingering long enough to allow each point of light the chance to scratch a deep hole in the back of my retina, so that when I finally did turn to face the dark surrounding forest I thought I saw the billion eyes of a billion cats blinking out, in the math of the living, the sum of the universe, the stories of history , a life older than anyone could have ever imagined. And even after they were gone--fading away together, as if they really were one--something still lingered in those sweet folds of black pine , sitting quietly, almost as if it too were waiting for something to wake.

You might try then, as I did, to find a sky so full of stars it will blind you again. Only no sky can blind you now. Even with all that iridescent magic up there, your eye will no longer linger on the light, it will no longer trace constellations. You'll care only about the darkness and you'll watch it for hours, for days, maybe even for years, trying in vain to believe you're some kind of indispensable, universe-appointed sentinel, as if just by looking you could actually keep it all at bay. It will get so bad you'll be afraid to look away, you'll be afraid to sleep.

Then no matter where you are, in a crowded restaurant or on some desolate street or even in the comforts of your own home, you'll watch yourself dismantle every assurance you ever lived by. You'll stand aside as a great complexity intrudes, tearing apart, piece by piece, all of your carefully conceived denials, whether deliberate or unconscious. And then for better or worse you'll turn, unable to resist, though try to resist you still will, fighting with everything you've got not to face the thing you most dread, what is now, what will be, what has always come before, the creature you truly are, the creature we all are, buried in the nameless black of a name.

Stay tuned! Next time, we'll take a look at some of the amazing books that come from the great state of Washington!