Today we continue our literary road trip across America by taking a look at two great books set in the state of West Virginia. Known for its history, forests, rivers, valleys, Cumberland Plateau, and Appalachian Mountains, West Virginia is one of the most beautiful states in the nation. The authors featured in today’s article use that beauty not just as part of the description of the setting, but as a direct contrast to the issues addressed in the plot. Join us as we take a look at two excellent books in our Top Books By State Series: West Virginia: 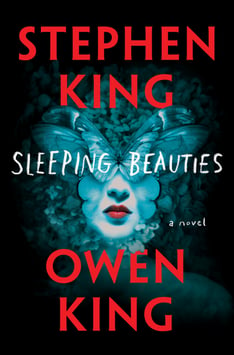 Undisputedly, Stephen King is one of the most successful writers today. In 2017, he collaborated with his youngest son, Owen King, on the horror novel Sleeping Beauties which tells a story of violence, survival, and the grip methamphetamines and violence have on a small town the Appalachian region of West Virginia. While these negative aspects of life are relevant to the book, a great portion of the narration focuses on the beauty of rural West Virginia such as the mountains, forests, rivers, and the creatures that make these places their home. The following passages address the dichotomy between the beauty of the landscape and the ugliness that can exist there:

Dark green mountains knuckled up in the distance. Clouds seemed to be melting on the pan of the fair blue sky. Birds flew and sang. Wasn't it a hell of a shame, the way good country got wasted on folks.

The Glass Castle by Jeanette Walls 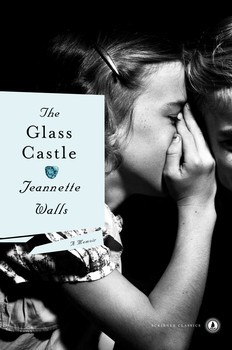 Continuing the theme of contrasting the beauty of West Virginia with the less beautiful aspects of humanity is The Glass Castle by Jeanette Walls. This bestselling 2005 memoir tells the story of the Walls family and how alcoholism and mental illness affected the lives of the Walls siblings, whose parents moved them around the country whenever they ran out of money. For seven years, the family lived in West Virginia, a place that was meant to be home, a place their father could construct their dream house. Instead, it became a place where the children realized that their life was not full of adventure, but danger and a place from which they had to make their escape. The heart of the memoir is in the love and understanding Walls extends to her parent despite the suffering and trauma of her upbringing. The following passage details their ideal West Virginia dream home which unfortunately never came to fruition:

When Dad wasn’t telling us about all the amazing things he had already done, he was telling us about the wondrous things he was going to do. Like build the Glass Castle. All of Dad’s engineering skills and mathematical genius were coming together in one special project: a great big house he was going to build for us in the desert. It would have a glass ceiling and thick glass walls and even a glass staircase. The Glass Castle would have solar cells on the top that would catch the sun’s rays and convert them into electricity for heating and cooling and running all the appliances. It would even have its own water-purification system. Dad had worked out the architecture and the floor plans and most of the mathematical calculations. He carried around the blueprints for the Glass Castle wherever we went, and sometimes he’d pull them out and let us work on the design for our rooms. All we had to do was find gold, Dad said, and we were on the verge of that. Once he finished the Prospector and we struck it rich, he’d start work on our Glass Castle.

Stay tuned! Next time, we'll take a look at some of the amazing books that come from the great state of Wisconsin!