As C.S Lewis famously wrote, “Eating and reading are two pleasures that combine admirably.” As the weather gets colder and more of us turn to both food and reading as entertainment, it's safe to say most of us will be combining the two. Whether your pairing your books with something sweet or salty, the following quotes should lend some inspiration or at least make you hungry. Here are some of the best passages about food in literature. Enjoy them as they are or use this list as a guide for some great books that also address the subject of food.

“If more of us valued food and cheer and song above hoarded gold, it would be a merrier world.” The Hobbit by J.R.R Tolkien

“One cannot think well, love well, sleep well, if one has not dined well.” A Room of One's Own by Virginia Woolf 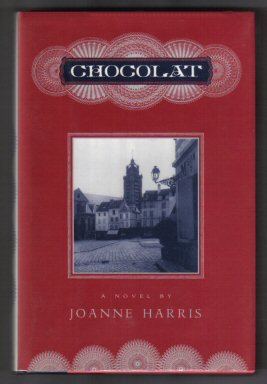 “I know all their favorites. It's a knack, a professional secret, like a fortune teller reading palms. My mother would have laughed at this waste of my skills, but I have no desire to probe farther into their lives than this. I do not want their secrets or their innermost thoughts. Nor do I want their fears or gratitude. A tame alchemist, she would have called me with kindly contempt, working domestic magic when I could have wielded marvels. But I like these people. I like their small and introverted concerns. I can read their eyes, their mouths, so easily- this one with its hint of bitterness will relish my zesty orange twists; this sweet-smiling one the soft-centered apricot hearts; this girl with the windblown hair will love the mendiants; this brisk, cheery woman the chocolate brazils. For Guillaume, the florentines, eaten neatly over a saucer in his tidy bachelor's house. Narcisse's appetite for double-chocolate truffles reveals the gentle heart beneath the gruff exterior. Caroline Clairmont will dream of cinder toffee tonight and wake hungry and irritable. And the children... Chocolate curls, white buttons with colored vermicelli, pain d'épices with gilded edging, marzipan fruits in their nests of ruffled paper, peanut brittle, clusters, cracknells, assorted misshapes in half-kilo boxes... I sell dreams, small comforts, sweet harmless temptations to bring down a multitude of saints crash-crash-crashing among the hazels and nougatines...” Chocolat by Joanne Harris

“After a good dinner one can forgive anybody, even one's own relations.” A Woman of No Importance by Oscar Wilde 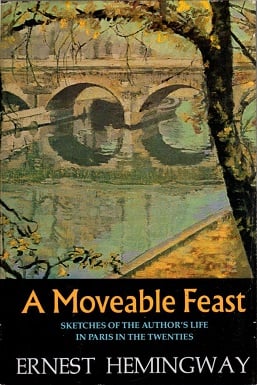 “As I ate the oysters with their strong taste of the sea and their faint metallic taste that the cold white wine washed away, leaving only the sea taste and the succulent texture, and as I drank their cold liquid from each shell and washed it down with the crisp taste of the wine, I lost the empty feeling and began to be happy and to make plans.” A Movable Feast by Ernest Hemingway

“Sometimes the only answer to death is lunch.” Warlock by Jim Harrison

“There is something about very cold weather that gives one an enormous appetite. Most of us find ourselves beginning to crave rich steaming stews and hot apple pies and all kinds of delicious warming dishes; and because we are all a great deal luckier than we realize, we usually get what we want—or near enough.” Charlie and the Chocolate Factory by Roald Dahl

“She felt so lost and lonely. One last chile in walnut sauce left on the platter after a fancy dinner couldn't feel any worse than she did. How many times had she eaten one of those treats, standing by herself in the kitchen, rather than let it be thrown away. When nobody eats the last chile on the plate, it's usually because none of them wants to look like a glutton, so even though they'd really like to devour it, they don't have the nerve to take it. It was as if they were rejecting that stuffed pepper, which contains every imaginable flavor; sweet as candied citron, juicy as pomegranate, with the bit of pepper and the subtlety of walnuts, that marvelous chile in the walnut sauce. Within it lies the secret of love, but it will never be penetrated, and all because it wouldn't feel proper.” Like Water for Chocolate by Laura Esquivel