William Styron and Other Critics of Formal Education

At first thought, it seems ludicrous that any author — any person who depends on lovers of books and knowledge, really — would condemn formal education. In an age when more and more authors are cultivated in an MFA program, you'd assume to find only champions of education. After all, Michael Chabon, Jonathan Safran Foer, and Flannery O’Connor all passed through an MFA program, and plenty more, like Zadie Smith and Joyce Carol Oates, have taught in one. Despite the firm bond between writers and academic institutions, there are some authors who can’t help but criticize formal education. 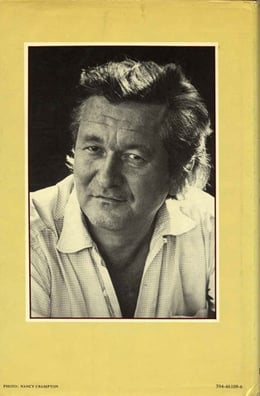 One can’t fault William Styron for not having given formal education a shot. His critique comes from the perspective of an author who spent much time in school. Styron went to Duke University and was working toward achieving a Rhodes scholarship. It was during this process that the young undergraduate wrote a letter to his father articulating his discontents. “For a person whose sole burning ambition is to write — like myself — ,” he wrote, “college is useless beyond the Sophomore year.” Dissatisfied by the curriculum of minor authors and the trifling academic concerns of his professors, Styron concluded that a writer would be better off reading Plato and Montaigne, and simply living. He graduated Duke, but followed his own advice and went on living, producing classics like The Confessions of Nat Turner and Sophie's Choice.

George Bernard Shaw said of schools that they “are not popular as places of education and teachers, but rather prisons and turnkeys in which children are kept to prevent them disturbing and chaperoning their parents.” This is not to say that Shaw didn’t have great hope and respect for education as an ideal (he went on to co-found the London School of Economics). He simply found the state of contemporary education abhorrent. In his essay “What Is Wrong with Our System of Education?” Shaw argues that school’s primary purpose is to relieve parents from the nuisance of children. Compulsory schooling hurts society as a whole. It makes students who resent attending also resent intellectual and artistic culture. Shaw felt that when schooling is completely voluntary it is at its best. And, as an advocate of self-education, Shaw spent much time in the library of Trinity College teaching himself throughout his life.

Philosopher, mathematician, and Nobel laureate Bertrand Russell was educated at Cambridge and led a rather academic life. Yet, like Shaw, he believed education to be too precious to stand idly by as the entire world botches the institution. Education, he argued, has a “determination to produce a dead level of glib mediocrity.” The school system lacks, crucially, reverence for the child. A teacher with reverence for the child will be sensitive to the precious nature of the young, living being before her. She will not see the child as something to mold, but as something she feels humility in the face of. She will feel compelled to strengthen and equip it for the life it will lead. School systems, instead, are wont to distort the facts of history so that its nation will appear as glorious and victorious as possible. Schools emphasize obedience and duty at the expense of free-thinking and spiritually enriched students. Russell was an eloquent proponent for teachers who were truly sensitive to their students, and of an education system that asserted education as a gateway to knowledge, not to a particular income or status. It sometimes takes someone who loves education, to tell us what’s wrong with it.

More Quotes From Those Critical of Education

Well, what do you think? Are these authors being too harsh, or do they have a point? Let us know in the comments below!