A Brief History of the Dust Jacket

As most collectors are aware, a dust jacket in fine condition can greatly enhance the value of a book. Indeed, for modern first editions, a book without the dust jacket will sell for only a fraction of the price. Once intended to be temporary and disposable protection for beautifully bound books, dust jackets have become--in some ways--more valuable than the books they protect. How and when did this change occur? 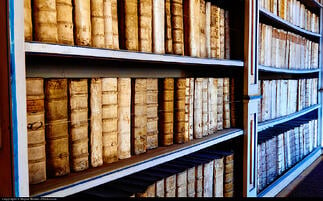 Prior to the 1820s, most books were issued as unbound sheets or with disposable board covers. Customers would buy the text-blocks and commission bindings themselves--often to match the other titles in their library. For this reason, dust jackets were neither needed nor desired. Instead of a dust jacket, some printers would protect the exterior with a blank page (called by some a "bastard title").

Besides these temporary boards or blank pages, the earliest version of the dust jacket was a slipcase, or sheath, first seen in the late 18th century. They were essentially small boxes, open on one or both ends, often constructed of pasteboard. The sheaths typically housed literary annuals, gift books, or pocket diaries. Literary annuals were quite popular and during the 1820s, it became common for publishers to print them in sheaths.

According to dust jacket authority, G. Thomas Tanselle, it was likely these sheaths that “gave prominence to the idea of a detachable publisher’s covering.”  Indeed, typographer Ruari McLean asserted that the sheath “can be called the progenitor of the book jacket, since its function was to attract and protect.” 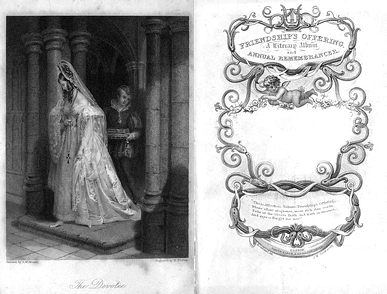 In 2009, the Bodleian Library, Oxford discovered what is often cited as the earliest known example of a dust jacket. It was a paper wrapper for a gift book, bound in silk, entitled Friendship’s Offering (1829). The wrapper was intended to completely enclose the book, and in fact, there remain traces of sealing wax from where the paper was secured. Prior to the discovery of this volume, the earliest-known example was another gift book, The Keepsake (1833).

However, it is now considered uncertain whether Friendship's Offering is the oldest known dust jacket (although it does seem to be the earliest English language example). The German two volume Neues Taschenbuch Von Nürnberg--surviving in multiple copies--seems to precede Friendship's Offering by over a decade. Published in 1819, the set, encased in plain paper dust jackets, describes many of Nürnberg's most famous attractions and personalities, including Albrecht Dürer and Peter Vischer.

It is difficult to ascertain when, exactly, paper wrappers first were employed by publishers, since they were intended to be discarded. In fact, the wrappers were frequently destroyed in the process of opening them--think of all the torn wrapping paper on birthdays or Christmas. Therefore, such early surviving examples are exceptional and valuable for book collectors and historians. 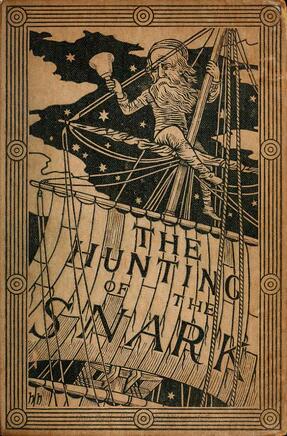 The modern-style dust jacket was first introduced in the 1830s--although possibly earlier (evidence is inconclusive). Featuring flaps, it was a much-improved design. These dust jackets could remain on the book when it was opened, providing protection for volumes even as they were read.

By the 1870s, dust jackets had become common--although in many cases, they were left blank. A letter from Lewis Carroll to his publisher in 1876 provides insight into how dust jackets were viewed in the period. He requested that the publisher print the title of his latest book, The Hunting of the Snark, on the spine of the “paper wrapper” so that the book would remain in “cleaner and more saleable condition.” He goes on to ask that the same be done for his older books, “even those on hand which are already wrapped in plain paper.”

Carroll’s letter is evidence of the next stage of dust jacket evolution. From plain paper, publishers began printing titles on the spine of the jacket--allowing customers to view a book from the shelf and know its contents without opening it or removing the paper. While some dust jackets of the 1870s and 1880s did feature printing on the front, back, and flaps, these practices were not common and were instead specific to each publisher. 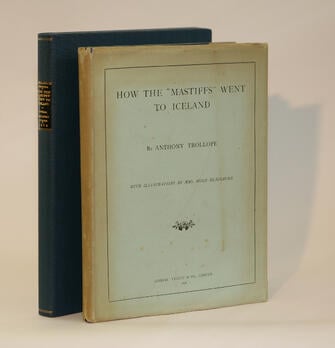 A fundamental change in attitude occurred in the 1920s. For the first time, publishers began emphasizing the dust jacket instead of the bindings. Although there were some decorative dust jackets before, they generally mimicked the binding design. After World War I, more artists began accepting corporate work, and publishers employed them to design attractive dust jackets.

Moreover, the jackets boasted more information than ever before. Instead of including only a printed title, or perhaps a design similar to the binding, publishers began printing book synopses as well as author biographies. Now, when many authors from the time have become obscure or unknown, their biographical information as preserved on dust jackets has become an important source of knowledge.

Since the 1920s, while graphic design has evolved, dust jackets have remained relatively unchanged. Interestingly, however, there was a brief period in the 1940s when paperbacks were printed in dust jackets.

As the 20th century progressed, dust jackets became increasingly ornate and the bindings beneath correspondingly plain. The golden age of bookbinding came to an end, and the once-disposable dust jacket became an essential component of the book industry.