A Brief History of Children's Literature 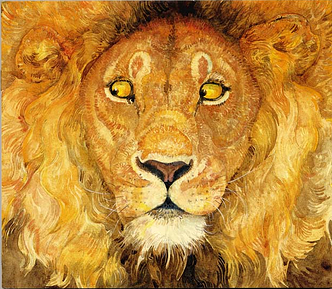 Just as other forms of literature, children's literature grew from stories passed down orally from generation to generation. Irish folk tales can be traced back as early as 400 BCE, while the earliest written folk tales are arguably the Pachatantra, from India, which were written around 200 AD. The earliest version of Aesop's Fables appeared on papyrus scrolls around 400 AD.

In Imperial China, story telling reached its peak during the Song Dynasty (960-1279 AD). Many stories from this epoch are still used to instruct students in China today. No such equivalent exists in Greek and Roman literature. However, the stories of Homer and other storytellers of the era would certainly have appealed to children.

As Europe became a cultural center of the world, instructive texts became increasingly common. These books were mostly written in Latin, with the purpose of instructing children. During the Middle Ages, very little literature was written for the sole purpose of entertaining children. Hornbooks, textbooks containing basic texts like the Lord's Prayer and the alphabet, would not appear until the 1400s. Alphabet books began popping up around Russia, Italy, Denmark, and other European countries roughly a century later.

The Advent of Illustration

Chapbooks, pocket-sized books often folded rather than stitched together, were the first books to be illustrated for children. They usually contained simple woodcut pictures to go along with their contents--often popular ballads, folk tales, or religious passages.

Meanwhile, during the 1600s, the concept of childhood was evolving. Rather than being seen as miniature adults, children were seen as separate entities with their own needs and limitations. Thus, publishers throughout Europe began printing books specifically intended for children. The purposes of these texts were still frequently didactic, although several collections of fairy tales were published with varying success.

The trend of illustrating children's books prevailed, and children's literature grew in popularity throughout the eighteenth and nineteenth centuries. In 1744, John Newbery published A Little Pretty Pocket-Book. The volume was heralded as the true first book intended for children's pleasure reading. As paper and printing became more economical, the children's book industry veritably boomed during the 1800s.

It was in the 1920s that books could be mass produced in color, and literacy became sufficiently widespread to make children's picture books a true industry unto its own. Wanda Gag's Millions of Cats (1928) was one of the most successful of this era, selling more than a million copies. Other classic children's picture books were published soon after: The Little Engine that Could (1930); Babar (1931); Madeline (1933); and Curious George (1941). 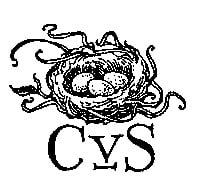 Today, the variety and quality of illustrated children's books has made them an interesting and desirable focus for rare book collectors. It's easy to build a collection around a single illustrator like Charles Van Sandwyk or to focus on children's Christmas books.

Whatever the focus of the collection, condition is always key. Some collectors allow a bit more latitude for condition; after all, children are hard on their books, making copies in exceptional condition even more scarce. In this regard, collecting children's books takes a fair amount of patience. Rather than settling for a book in less than pristine condition, keep shopping until you find the book you want in the best condition possible. The right children's book bibliography is also an invaluable tool for collectors. You'll find bibliographies dedicated to specific authors, illustrators, and eras.

Read an even more detailed history of Children's Literature here!