If you were to play a word association game with the word “fantasy,” your brain would probably jump to things like magic, dragons, heroes, wizards, quests, monsters, mythical creatures, other worlds, and so on. In only a few decades, fantasy has declared itself loudly to the public consciousness as an established genre that's demanded to be heard. Where did the human fascination with such stories begin?

The answer largely depends on what qualifications are needed for a piece of literature to be considered part of the fantasy genre. In reality, the oldest stories of humanity – myths – ought to be considered fantasy. Tales of the creation of the world, powerful gods and goddesses, heroes battling monsters – the tradition of myth laid the groundwork for our ancestors’ love of imagination and wild fancy. As far as written literature, The Epic of Gilgamesh and Homer’s The Odyssey are often credited as the first fantasy works. It is interesting, then, that Homer’s other work, The Iliad, is not usually considered to be in the canon, even though the epic war story includes meddling gods, their magic, and superhuman warriors.

Other stories oft cited for their fantasy quality include Beowulf, Sir Thomas Malory’s Le Morte D’Arthur, and Shakespeare’s A Midsummer Night’s Dream. If one were trying to be inclusive, one could also list books such as Edmund Spenser’s The Faerie Queene (an allegory), Jonathan Swift’s Gulliver’s Travels (a satire), and Mary Shelley’s Frankenstein (Gothic horror). However, the works that would create the concepts of the modern genre began appearing in mid-18th century England.

Without a doubt, fairy tales and children's books are the roots of the modern fantasy genre. George MacDonald was a Scottish author and minister who found literary beauty in the style of the fairy tale. He is best known for The Princess and the Goblin, but his legacy really lives on in the work of authors like Lewis Carroll, J.R.R. Tolkien, C.S. Lewis, and Madeline L’Engle. MacDonald was a mentor to Carroll and urged him to publish Alice’s Adventures in Wonderland. Although written for children, Alice’s stories were enjoyed by people of all ages. Nearly a hundred years later, Tolkien and C.S. Lewis both cited MacDonald as a major literary influence, and it shows in their connection to the world of fairy tales.

Of course, it’s not a surprise to readers of the genre that Tolkien’s The Hobbit and The Lord of the Rings were the spark that lit the fire for modern fantasy. While The Hobbit may have been written for children, The Lord of the Rings was decidedly not. It caught the attention of adult readers and brought millions into Tolkien’s immersive world of Middle Earth. Tolkien was obsessive in creating his world, filling it with imagined languages, species, and history. It was surely this intensity of world-building that set the books apart from their fairy tale, mythology, and children’s story predecessors. 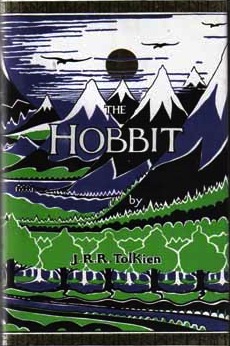 Tolkien, like MacDonald before him, challenged the very concept that fairy tales and fantastic stories were only for children. In his essay “On Fairy-Stories,” Tolkien compares them to the old Victorian furniture that filled children’s nurseries at the time: “Fairy-stories banished in this way, cut off from a full adult art, would in the end be ruined; indeed in so far as they have been so banished, they have been ruined.”

Luckily for modern-day readers, fantasy was given the full attention of adult art in the second half of the 20th century and was raised to the level of its own genre.