From Book-to-Film: Books Made Famous by Hollywood

From early nineteenth-century novelists to Pulitzer Prize-winning authors of the twentieth century, many writers have seen their works of fiction adapted for the silver screen and met with enormous popularity and acclaim. Indeed, numerous book-to-film adaptations have gained millions of viewers over the years, and books of Academy Award-winning movies continue to be purchased in bookstores across the country. 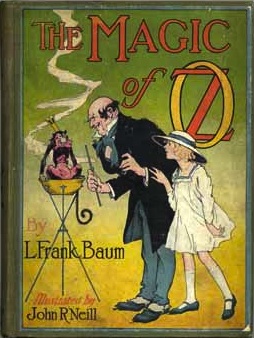 For many of us, one of the first novels that comes to mind when we think about Hollywood adaptations is Victor Hugo’s The Hunchback of Notre Dame. A 1923 silent film of the same name, starring Lon Chaney, introduced many American audiences to the French novel. And an additional remake of the first film in 1939, this time starring Maureen O’Hara, solidified the link between the book and the screen. The film would be remade again (and again) across the twentieth century, with live-action adaptations starring Anthony Quinn and Anthony Hopkins, and an animated Disney version featuring the voices of Kevin Kline and Demi Moore.

L. Frank Baum’s The Wonderful Wizard of Oz, first published in 1900, may never have acquired such a far-reaching readership without the fame of the 1939 The Wizard of Oz, a book-to-film adaptation directed by Victor Fleming and produced by Metro Goldwyn Mayer. Baum’s children’s book gained popularity in the early 1900s, but the significance of Oz to American culture grows as new generations continue to view (and love) the MGM production.

In addition to classic works of film and cinema, a number of novels set against the backdrop of war have gained increased popularity through film adaptations. For instance, Erich Maria Remarque’s All Quiet on the Western Front (1929), a German novel that takes place on the battlefields of World War I, became the basis for a 1930 film of the same title. That film went on to win the “Best Picture” award at the third Academy Awards. Like Remarque's novel, books of Academy Award-winning movies tend to remain quite popular for decades to come.

We’d be remiss in writing about novels made famous by films about wartime if we didn’t mention Boris Pasternak’s Doctor Zhivago (1957). The novel takes place during the Russian Revolution and World War I, and it tells the story of Yuri Zhivago, a doctor famously played in film by Omar Sharif. The book-to-film adaptation won five Academy Awards, and it remains one of the highest grossing movies of all time. 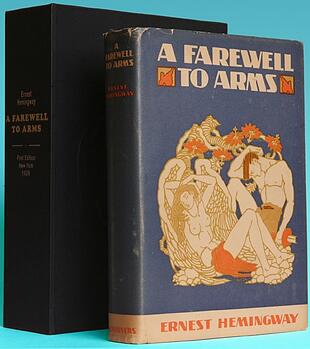 A number of novels by Ernest Hemingway also became Academy Award-nominated films. For instance, A Farewell to Arms (1929), also set during World War I, was adapted into a film of the same name in 1957. Gary Cooper starred in the Academy Award-nominated film, which was produced by David O. Selznick. Gary Cooper and Ingrid Bergman starred together in For Whom the Bell Tolls (1943), another film adaptation of a now-classic Hemingway novel of the same name depicting American involvement in the Spanish Civil War.

Reaching back to the American Civil War, Margaret Mitchell’s Gone with the Wind (1936) was a Pulitzer Prize-winning bestseller even before the David O. Selznick film hit screens in 1939. However, the famous work of cinema, starring Clark Gable and Vivien Leigh, has helped to keep Margaret Mitchell’s novel a famous and sought-after one for generations after the book sold its first copies.

Popular Fiction and the American Landscape

Other Pulitzer Prize-winning and significant American writers created novels that depicted the country’s landscape—from the dearth of the Dust Bowl to small-town America—in new ways. For instance, books by Larry McMurtry, such as The Last Picture Show (1966) and Terms of Endearment (1975), became Academy Award-winning movies of the same names. McMurtry’s Pulitzer Prize-winning novel Lonesome Dove (1985) was later adapted into a television mini-series that introduced thousands of American viewers to McMurtry’s Western characters.

Even before McMurtry brought rural and small-town Texas to the American screen, many cinema-goers learned the story of the Joads through the film version of The Grapes of Wrath, a 1940 film based on John Steinbeck’s Pulitzer Prize-winning novel.

Across the twentieth century, film viewers have been introduced to famous characters and narratives that originated in books. We’ve only mentioned a handful of the books that have been made famous by Hollywood, and there’s a lot more to discover. From the film noir classic The Maltese Falcon (1941) to the Cold War thriller The Spy Who Came in from the Cold (1965), some of the most notable films of the last century were based on novels. In some cases, the fame of the novel led to the film’s prestige, but in many cases, the popularity of the movie drew American viewers back to the printed page.