Generally speaking, 19th-century Russian novels have been read in literature classes across the globe for many decades. From Tolstoy’s War and Peace and Anna Karenina to Dostoevsky’s Crime and Punishment and The Brothers Karamazov, lists of classic literature would not be complete without numerous additions from the Russian “canon.” But what do most of us know about contemporary Russian literature? That’s the question that was posed in an article that appeared in Foreign Policy Magazine. In short, literature from the Cold War era and the fiction from the years following the disintegration of the Soviet Union has not been circulated globally in the same manner as works of Russian literature from the previous decade. To be sure, “Doctor Zhivago, published nearly 60 years ago, was the last Russian novel to become a genuine American sensation.” So if you do in fact want to read more contemporary Russian fiction, where should you start?

Vladimir Putin and the Books of Russia Festival 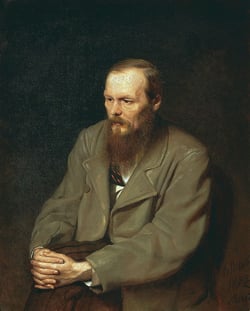 Acknowledging that the circulation of fiction and other forms of literature can help to shift a nation-state’s perception on the global stage, Russia’s leaders began to think more carefully about invigorating Western interest in contemporary literature that has sprung, at least in part, from a vast and varied literary history that includes such giants as Tolstoy, Dostoevsky, Chekhov, and Pasternak. With the intention of “buttressing this underused resource” of 21st-century Russian literature for political purposes, the country introduced the Books of Russia Festival.

For the first time in June of 2015, Russians (and others traveling to the country) could take part in the Books of Russia festival that took place on Red Square in Moscow. According to the Foreign Policy article, Vladimir Putin attended with Vladimir Tolstoy—the leader’s cultural advisor who is also the great-great-grandson of the famed novelist and short story writer Leo Tolstoy. What was one of the overarching purposes of the festival? To announce that the Russian government would be working with an NGO to publish a nearly complete “treasury of Russian literature in English,” including more than 100 texts from more than 300 years. Who’s involved in the project? The project is sponsored in large part by the Institute for Literary Translation in Moscow, which has partnered with the country’s Federal Agency on Press and Mass Communications as well as an American NGO called Read Russia.

Learning More About the Russian Library 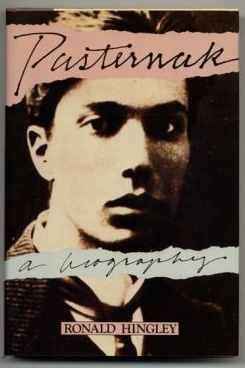 If Americans decide to purchase books from the “Russian Library”—the name given to the 125-volume set—which texts should they expect to see? And which texts might remain excluded from the freshly designed canon? According to Read Russia (the American NGO that’s supporting the huge translation project), the set will include works of fiction, drama, and poetry. The Russian Library is being released piecemeal over the course of the next decade in both print and electronic forms.

The sources providing support for the project have been keeping the final list of texts out of the hands of the public. But if we were to take a guess, we might expect to see works by some of the following writers from the 19th and early 20th centuries: Tolstoy, Dostoevsky, Chekhov, Lermontov, Pushkin, Turgenev, Gogol, Mayakovsky, Mandelstam, Bulgakov, Bely, Babel, and Pasternak. In terms of more contemporary writers, you might keep an eye out for works by some of the following authors: Lyudmila Petrushevskaya, Victor Pelevin, and Lyudmila Ulitskaya, just to name a few.

Until the collection comes out in all its glory for English-language readers, you might seek out some earlier translations of some of the Russian classics, particularly of the 20th century. If we had to recommend only two, we’d suggest you pick up copies of Bulgakov’s The Master and Margarita and Boris Pasternak’s Doctor Zhivago today.