When thinking of Jane Austen, one, primarily, first thinks of her heroines. While a perfectly reasonable instinct since they are the main protagonists, their male counterparts are often overlooked and shuffled to the side and considered only in their marriage eligibility, a rather fair occurrence when one considers how female characters were often treated by Austen’s contemporaries. This does, however, offer a disservice to Austen’s work. Her male characters are just as carefully crafted as her female protagonists, each providing specific insight into the different kinds of men, both heroes and villains, Austen and her heroines experienced. 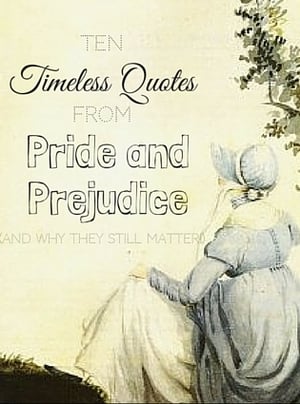 One common thread found in Austen’s heroes is their ability to transform, often along with the heroine. It is not until they are able to leave their masculine superiority behind that they are able to find happiness and reach self-enlightenment.

Captain Wentworth from Persuasion provides an example of Austen’s ideal. He is presented as honorable and kind. Throughout the novel, readers can see the care he has for his friends, family, and those serving under him in the Navy. He must learn, however, to forgive. Once he is able to forgive, he is able to move past his inflexibility and obsession with being firm, a result of his first failed engagement to Anne Eliot. This is what makes Captain Wentworth such an appealing hero. Rather that the woman needing to change for her hero, readers see the man needing to change to find happiness and love with the heroine.

Mr. Darcy at the beginning of Pride and Prejudice falls short of an ideal man. He is prideful and arrogant, uncaring for the affairs or feelings of others. He is utterly convinced that what he does is right and others should follow what he says. For example, he convinces Mr. Bingley to not pursue his feelings for Jane because of her unfortunate relations. After all, who could possibly tolerate Mrs. Bennet as a mother-in-law or the wild Lydia bringing disgrace upon the family?

By the end of the novel, however, Austen has led Mr. Darcy through a transformation. He is able to see and understand his faults, sacrificing his pride to ask for forgiveness. It is not until he is able to move past his pride and arrogance that he can find happiness with Elizabeth Bennet. 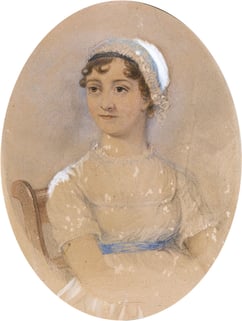 Austen’s villains, on the other hand, are unable to undergo transformations. They are static. When confronted with their faults, rather than learning and growing, they ignore and attempt to hide. Because of this, they are unable to find happiness.

The best example of this is George Wickham from Pride and Prejudice. Throughout the novel, he is seen to lie and distort the truth to fit his own ends. When confronted, he is unwilling to face the defects in his character; rather, he chooses to remain a cad, seducing young, innocent women for his own pleasure. This perfect foil to Austen’s heroes could not be clearer.

By the end of the novel, Wickham does not find happiness, but is saddled with a flighty wife and no prospects of creating a better life. His unwillingness to change and move past his faults results in his lies finally causing irreversible damage to his preferred bachelorhood, resulting in his being a cautionary tale rather than the ideal love story he tried to present.

Interested in learning more about Jane Austen? Read on!

Lovers of Jane Austen are lucky. Few other authors have left behind a greater wealth of juvenalia. From the ages of 11 to 18, Austen filled three notebooks with stories, parodies, mini-plays, and more, all displaying the shrewd wit and intelligence that would later blossom into genius. Among the shining examples of her earliest work is a short, satirical piece titled The History of England, written when the author was only 15 years old. 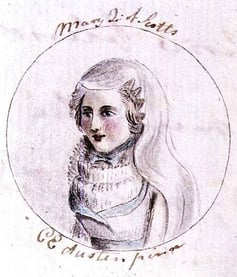 Austen was an autodidact, a thoroughly critical person who struck a love affair with books and literature at an early age, and all of this is reflected in her juvenalia. It makes sense, as a child who was mostly home-schooled and taught by her parents’ library, that much of her teenage work is sharply humorous and playful. She noticed the faults of those works that commanded her attention and was adept at exposing their faults. Take this mini-play, called “The Mystery,” which pokes fun at the theatre’s reliance on secrets, raising it to comic heights by never revealing what it is everyone’s talking about:

In 1791, at the age of a high school sophomore, Austen turned her parodic gaze to the educational books of her day, namely Oliver Goldsmith’s four-volume textbook, called The History of England. Books of this sort were known for reducing history to rote, digestible, and nuance-free trivia and for injecting their subject matter with the partisan biases and opinions of the author. The young Jane Austen wrote in the margins of her own copy, revealing precocious opinions. “A family who were always ill used Betrayed or neglected,” she said of the portrayal of the Stuarts, “whose virtues are seldom allowed while their errors are never forgotten.” Read more >>