This month marks the 197th anniversary of Ivan Turgenev’s birthday. It's as good a time as ever to reflect on the contributions of this important figure of Russian literature's Golden Age. He rubbed shoulders with the classic authors of his time and brought the eye of the West to one of the world's great literary nations. Turgenev holds a remarkable legacy, and it is strengthened even more when one considers the other voices of his country he helped to amplify. Today, we explore Turgenev and eight other essential Russian authors. 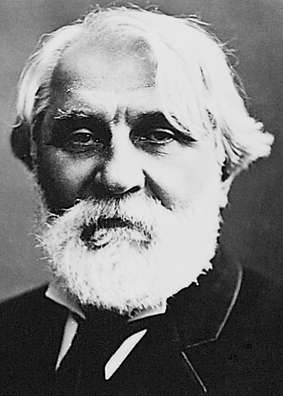 Turgenev lived alongside some of the best writers of his time. He maintained complicated relationships with Dostoevsky and Tolstoy. Both authors did not appreciate Turgenev’s preference for Western Europe, where the author met the other major writers of his time, like Flaubert and Henry James. Tolstoy even wrote in his diary, “Turgenev is a bore.” Still, Turgenev’s deathbed plea to Tolstoy in 1883 fortunately spurred the writer to break his hiatus from literary work.

Turgenev’s masterwork Fathers and Sons (1862) takes on a familiar theme in Russian literature: the way in which cultural shifts create tensions between generations. The novel had a considerable influence, being perhaps the first Russian prose work to receive a wide, enthusiastic readership in the West. It also popularized the term “nihilist," which ought to count for something.

Russian politics in the last two centuries have been anything but stable. In his time, Fyodor Dostoevsky took the radical, liberal route, and thereby earned himself a death sentence in 1849. A letter from the czar himself, however, came in the nick of time to save him from the firing squad. Dostoevsky comes from the variety of novelists, like Thomas Mann, who are novelists of ideas. Characters in his books are wont to debate, discover, and wonder about the nature of things in heaven and on earth. Dostoevsky’s writing has added to the progress of prose style, existentialism, and psychoanalysis. James Joyce credited him with revitalizing the novel, Virginia Woolf called him the most exciting thing next to Shakespeare, and Freud called The Brothers Karamazov “the most magnificent novel ever written.” 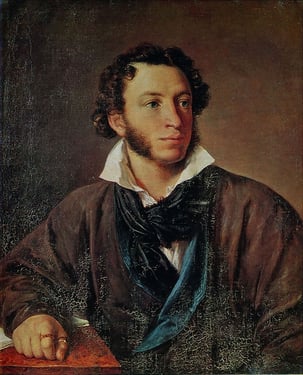 Superlatives can be passed around in literary discussions rather often, but there truly is a grand consensus around Pushkin, who is often agreed to be Russia’s greatest poet. He is the chief inaugurator of the Golden Age of Russian literature, and much of the nation’s literary flourishing, from the nineteenth century onward, can be traced back to him. Unfortunately for many of us, Pushkin’s masterful writing is especially difficult to translate. Vladimir Nabokov, when translating Pushkin’s novel in verse Eugene Onegin into English, required some 700 pages of material (much of it his own commentary) to adapt the 100 page work. A stubborn personality, too, Pushkin was killed in 1837 while dueling a man he claimed had tried to seduce his wife.

No one has an easy life, but Marina Tsvetaeva had a special propensity for the tragic. In 1919, her daughter Irina died of hunger in an orphanage. Tsvetaeva soon fled to Europe with her family, living in poverty. Then, her daughter and husband were arrested on charges of espionage, and her husband was executed. Less than two years later, the poet took her own life. Her poetry is nonetheless some of the best of the twentieth century. Her much-deserved readership, however, is yet to come around the corner. As she was herself aware:

Amidst the dust of bookshops, wide dispersed

And never purchased there by anyone,

Yet similar to precious wines, my verse can wait

Its time will come.

Goncharov is most famous for his novel Oblomov, whose title character is fabulously idle. The book is able to carry along for many pages while Oblomov himself stays in bed, sleeps, delays tasks, talks with visitors, all while finding reasons to delay action. This model of a functionless, impotent bureaucrat was taken as a critique of an entire eroding class of Russian society, but less political interpretations live on. Oblomov was also a major influence on that Irish playwright of the paralyzed and motionless—Samuel Beckett. 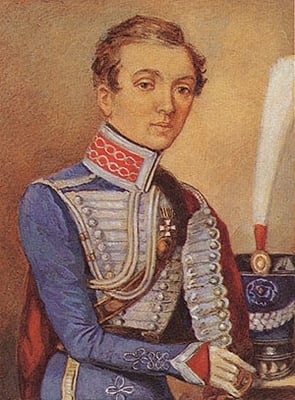 Durova’s tale is one of the most fascinating to be told in Russian, queer, or military history. At 24, while married with a son, Nadezhda Durova abandoned her family and began to live life as a man. From here, she never looked back, took on the name Alexander, joined the Russian cavalry, and fought in the Napoleonic Wars. Durova spent some ten years in the military service, garnering a remarkable record and gaining the favor of Czar Nicholas I. In a fortuitous meeting, Aleksandr Pushkin encouraged her to publish her memoir, which stands as one of the first works of Russian autobiography. Durova also wrote five novels and continued to wear men’s clothing until her death.

Andrei Biely’s 1904 novel St. Petersburg has been called by Vladimir Nabokov (also on this list) one of the four prose masterpieces of the twentieth century. The novel itself is a comic tale about an idle, prodigal son who has decided to help a rebel group in killing his old-fashioned, bureaucratic father with a bomb. The novel gives us a cast of characters, each hapless and misguided in their own way, and provides a portrait of a nation on the brink of madness.

The national loyalties of Vladimir Nabokov are debatable. He was born in Russia to wealthy, patrician means, but lost his familial pedigree and was forced to leave at the outset of the Bolshevik Revolution. He spent the next twenty years in continental Europe, and the next twenty years after that in America. He wrote the masterpieces Lolita (1955) and Pale Fire (1962) while in America, and penned some of the most elegant English of the century, although with some reluctance. In the afterword to Lolita, he wrote, "My private tragedy, which cannot, and indeed should not, be anybody's concern, is that I had to abandon my natural idiom, my untrammeled, rich, and infinitely docile Russian tongue for a second-rate brand of English."

When speaking of Russian writers, how can one neglect Count Tolstoy—a man whom many consider to be the greatest novelist of all time? Tolstoy is one of the very few artists of the last two hundred years who can truly be said to belong to the eternal ranks of Shakespeare, Homer, and Dante. His sensitivity to characterization, of creating portraits of people that seem so wholly presented and alive, with all of their sins and glories apparent, has influenced practically every writer since.